But King Abdullah II is unlikely to want to be as isolated as his father was during the Second Gulf War, when the latter failed to join the Arab-American war alliance against Saddam Hussein.

Bank: If you look back at the past decades of Jordanian Middle East policy, 1990/91 is certainly the exception to the rule. At that time, King Hussein behaved at least neutrally towards Saddam Hussein, something that was essentially viewed as taking the side of the dictator. As a result, Jordan was put under pressure by the U.S., Saudi Arabia and also Israel, whereupon it expedited the peace process with Israel as way of relieving this massive isolation.

The majority of King Abdullah II’s regional policies are unpopular with much of the population because they are seen as selling out Arab interests – first and foremost in relation to Israel, but also to Syria. When Bashar al Assad looked to be about to fall, King Abdullah II was the first Arab head of state to demand his resignation. Now, with Assad having survived politically, the Jordanians are re-opening the most important border crossing. They are attempting to be among the first to profit economically from the relative stabilisation of the situation in Syria. It’s always a case of waiting to see which way the wind is blowing. 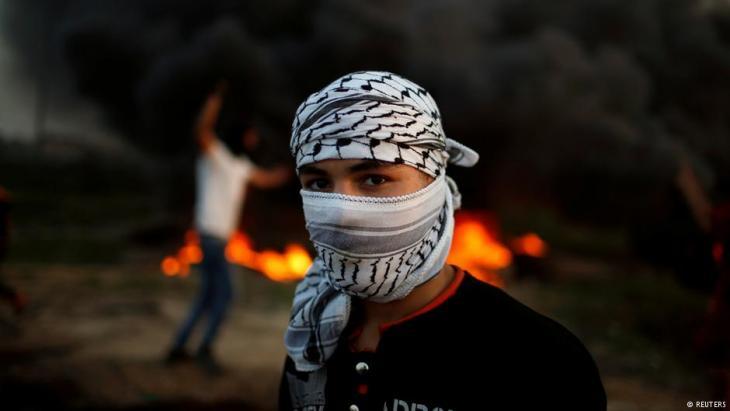 Consistent in its appeals for calm: "what Jordan doesn’t want is a third Intifada, as this would be accompanied by huge levels of violence. Of course there is the domestic policy dimension as well – after all if violence escalates in Palestine, this is immediately followed up by solidarity demos in Jordan, which are aimed in part at the monarchy and King Abdullah II," says Andre Bank

Many Palestinians live in Jordan; Jordan is directly affected by the Middle East conflict. To what extent is Jordan interested in a Palestinian state?

Bank:  Officially, and this is also Jordanian state doctrine, the two-state solution applies. What Jordan doesn’t want is a third Intifada, as this would be accompanied by huge levels of violence. The Hashemite monarchy is always in favour of calming the situation. This does of course also have a domestic policy dimension – after all if violence escalates in Palestine, this is immediately followed up by solidarity demos in Jordan, which are aimed in part at the monarchy and King Abdullah II. Jordan may officially be an advocate of the two-state solution, but it knows that it can do very little to achieve it. Jordan is aware that with this U.S. government, with this Israeli government and these Fatah and Hamas leadership groups there will no peace in the foreseeable future.

Jordan has partially re-opened its border with Syria. How is the situation in Syria affecting Jordan’s stability?

Bank: Hundreds of thousands of Syrians live in Jordan. And the northern territories of Jordan in particular, which were especially closely interconnected with Syria, suffered economically as a result of the 2014 border closure. On the other hand, the geostrategic importance of a stable Jordan has massively increased as a result of the war in Syria. Because of this, the Jordanian government has received a great deal of money – from the USA and Europe, as well as the Gulf States – to ensure that the Syrian conflict doesn’t expand into a regional conflagration across the entire Middle East.

How can we expect Jordanian women to participate fully in political life if they know that they don’t enjoy the same legal status as their male counterparts, or the constitutional ... END_OF_DOCUMENT_TOKEN_TO_BE_REPLACED

Despite Syria's lengthy civil war, dictator Bashar al-Assad is now being courted by many governments in the Middle East as if nothing ever happened. The reasons for this vary. By ... END_OF_DOCUMENT_TOKEN_TO_BE_REPLACED

Horses and mules have long drawn tourist carriages through Jordan's ancient city of Petra, but animal rights concerns are driving a project to start replacing them with electric ... END_OF_DOCUMENT_TOKEN_TO_BE_REPLACED

Jordanian writer Jalal Barjas' novel "Notebooks of the Bookseller", which won this year's Booker International Prize for Arabic Fiction, was celebrated at a symposium during the ... END_OF_DOCUMENT_TOKEN_TO_BE_REPLACED

Winner of the Student Oscar: a little girl in a bombed-out flat in Syria. The television is her only window to the world – but even this is taken away from her. Nikolas Fischer ... END_OF_DOCUMENT_TOKEN_TO_BE_REPLACED

While Bashar al-Assad is still shunned by the West, which blames him for a decade of brutal war in Syria, a shift is under way in the Middle East, where Arab allies of the United ... END_OF_DOCUMENT_TOKEN_TO_BE_REPLACED
Author:
Diana Hodali
Date:
Mail:
Send via mail

END_OF_DOCUMENT_TOKEN_TO_BE_REPLACED
Social media
and networks
Subscribe to our
newsletter