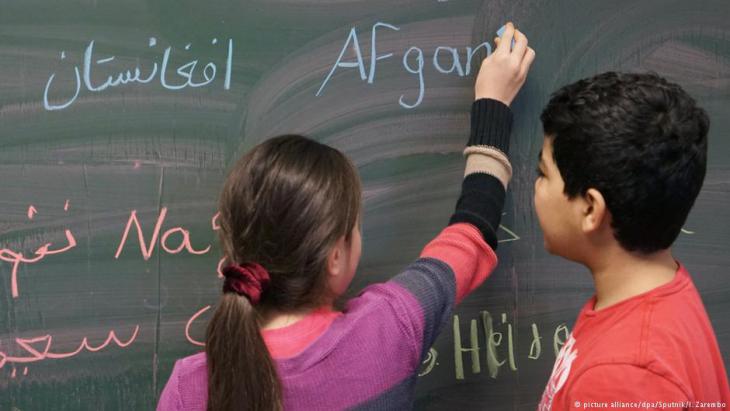 Many schools in Germany still struggle with the task of integrating refugee children, although the majority are highly motivated. In interview with Nicole Sagener, migration researcher Aladin El-Mafaalani explains why this is – and what could be improved

Professor El-Mafaalani, what marks would you give the German school system currently for its integration of migrants?

Aladin El-Mafaalani: I would give the school system a C+ in the case of migrants with legally positive framework conditions.

And what mark for the integration of refugees?

El-Mafaalani: We have to make distinctions here. In the case of groups with good prospects of being allowed to stay, I would also give a C. For those from ′safe countries of origin′ the mark would be between a D and an F.

Why such a bad mark?

El-Mafaalani: Often no-one keeps a record of whether these children and young adults are actually in school. And of course their interest in school wanes if they know they are going to leave Germany again. The same applies to criminality: people with poor prospects of being given a right to stay become criminal on a more than average basis, because they know that they really have nothing to lose. Among refugees with good prospects of staying here, by contrast, the crime level is below average.

And what about the integration of minors with goods prospect of staying?

El-Mafaalani: Numerous ideas and concepts are currently being tested in Germany. As soon as young refugees are passed on to a local authority, they have to attend school if they are six years old. The question that naturally arises is: do they need remedial teaching or can they go into a mainstream class right away? Does the child need psychological care? What about his or her knowledge of the language? These are just some of the issues that need to be addressed. This is in stark contrast to the situation just a few years ago and the result is obvious: many young refugees who have only been here for two years speak better German a lot of migrants who have been here for decades.

Are the schools and teaching staff well-prepared? 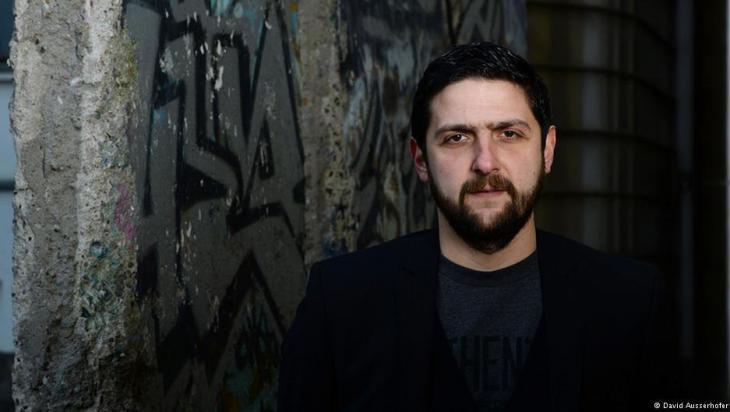 Professor Aladin El-Mafaalani is a teacher at the Fachhochschule Munster and conducts research on the themes of migration, integration, education and youth. He is, among others things, a member of the Council for Migration, a federal association of more than 130 academics. The council focuses on providing critical appraisals of policies relating to migration and integration

El-Mafaalani: That depends on where the school is. There is actually no comprehensive framework for each and every school. Schools in conurbations and large cities mostly have – but not always – more experience with non-German pupils. In the countryside, by contrast, a lot of helpless experimenting is done. The teachers there have little experience with children who don′t speak German. Policies that support local communities with little experience are therefore particularly needed. The infrastructure in areas such as counselling, adult education centres and associations is simply lacking in rural areas.

Do you think it is better to confine the accommodation of refugees to large cities and conurbations?

El-Mafaalani: Well, things aren′t always great in the major cities, while many rural districts are getting things right. It really depends on how much actual experience schools have with migration. One approach would be to promote co-operation between the different communities so that they can exchange ideas and support each other.

How are teachers and school staff prepared?

El-Mafaalani: A considerable amount of further training courses for teachers are now being offered by the teaching trade unions, despite the lack of training staff in some areas. Needless to say, this will all take time, given that Germany was initially quite uncoordinated when it came to integrating refugees into the school system. In the 1980s, for example, when a lot of Lebanese came to Germany, there was no compulsory education for them and rarely any language classes. Formerly, children who did not speak German were often sent directly to special needs schools. As a result, integration did not proceed very well. The fact that things are different today is already bearing fruit: teachers report that refugee children are highly motivated. If teaching staff are feeling over-taxed, it is more likely down to the never-ending reform of curricula and educational concepts, not to mention the inclusion of handicapped pupils, than to the pupils themselves.

In some countries of origin, the situation has been precarious for so long that many of the refugees have had barely any schooling or higher education. Is the German school system flexible enough to take in these people?

El-Mafaalani: No specific concept currently exists. But in the all-day schools, which are now to be found in all federal states, social workers, school psychologists and special needs teachers are providing pupils with more help than has been available in the past. I was very moved by the story of a 13-year-old boy who had not attended school for several years. On the basis of his school knowledge, he should have been put into second or third grade. He was actually put into seventh grade, continued learning German and, to support him, had his mother tongue, Arabic, recognised as his second foreign language. Today teaching professionals try to view each child individually and give some thought as to whether a special school is really necessary. Refugee children should attend school as quickly as possible and also be placed in mainstream classes as quickly as possible.

Doesn′t integration also have to do with the parents of young refugees having private contact with German parents and with the way pupils interact at school?

El-Mafaalani: Naturally, what happens outside of school hours plays a big role. At some point, almost every refugee has contact with volunteer workers – and the contact is close and good. So in my view, contact between the parents is not all that important.

Traumatised or anxious children are a special case. How are they treated?

El-Mafaalani: Whether or not a young refugee is traumatised is generally noticed before the first day at school. In the schools themselves, there is a psychological service, but therapy is only rarely needed. Usually a functioning everyday life is sufficient: a structured daily routine, contacts and the possibility of experiencing approval and acceptance. Often teachers use the concept of traumatisation to explain all sorts of problematic behaviour in children – perhaps also because they themselves are over-stretched. Traumatisation is often a prejudice. In many cases, the greater stress factor for refugees is the lengthy wait they often have to endure before being able to lead a more or less normal life.

Iranian author Fariba Vafi is adept at describing everyday scenes and concealing within them something ambiguous, in parts strange and grotesque. She writes novels – which have ... END_OF_DOCUMENT_TOKEN_TO_BE_REPLACED

Her grandparents are Jews – born in Tunisia and Algeria. Director Cleo Cohen has now broken the silence about this with a very personal debut. By Nadine Wojcik END_OF_DOCUMENT_TOKEN_TO_BE_REPLACED

Life imprisonment for crimes against humanity: that was the sentence handed down to Anwar Raslan in the world's first trial of a member of the Syrian torture system. Matthias von ... END_OF_DOCUMENT_TOKEN_TO_BE_REPLACED

Every year in December, the team at Qantara.de takes a look back at the articles that proved most popular with our readers. This year is no different. Here is a run-down of the ... END_OF_DOCUMENT_TOKEN_TO_BE_REPLACED

With his new album, "A Voice Keeps Calling Me", the Persian santur player Kioomars Musayyebi is building bridges from Iran across the Arab world to European early music. By Stefan ... END_OF_DOCUMENT_TOKEN_TO_BE_REPLACED

Former lawyer Said Haider has invented a chatbot for those seeking advice on anti-discrimination issues – Meta is the first chatbot of its kind in the world. In conversation with ... END_OF_DOCUMENT_TOKEN_TO_BE_REPLACED
Author:
Nicole Sagener
Date:
Mail:
Send via mail

END_OF_DOCUMENT_TOKEN_TO_BE_REPLACED
Social media
and networks
Subscribe to our
newsletter