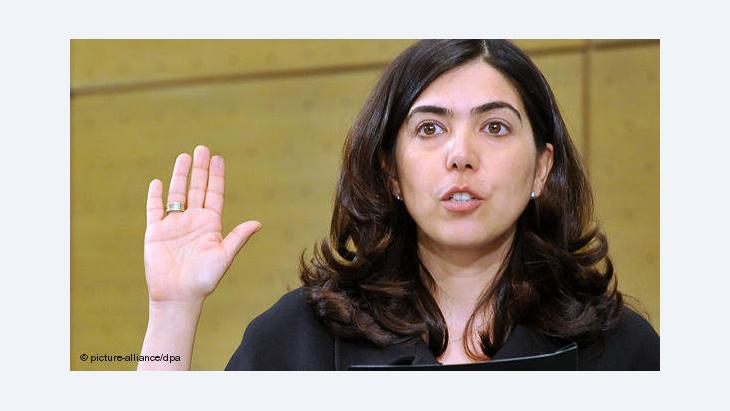 Improved German skills, increasing numbers of immigrants in responsible positions: "Integration is progressing", deems Aygül Özkan. In this interview, the minister of social affairs for Lower Saxony demands that we not lose sight of what's been achieved in spite of all the critical debate

What is your viewpoint on integration in Germany, especially against the background of the Sarrazin debate?

Aygül Özkan: It is important that we speak in a calm and objective atmosphere about what unites and what separates us, about the positive and negative. I don't want to simply brush fears and worries off the table. But in spite of all of the important and necessary criticism, we mustn't forget that there has also been great success in integration policy. In particular the people who came here as the first generation have done a great deal for this country.

We are now ensuring that the fourth, fifth and sixth generations can tie into that. The developments over recent years have shown that integration is progressing, language skills are improving and immigrants are increasingly taking up responsibility in industry, politics and society.

What is your stance on the debate over multiculturalism or "Leitkultur"?

Özkan: I don't think in such terms. It's important that we acknowledge reality: We have immigrants in our country and – in the face of demographic change – we will need continued immigration. These people are an opportunity for our country.

Has immigration led to a diversity that enriches Germany?

Özkan: People who were born in or immigrated to Germany are not rivals, but partners in the Germany of the future. We will all profit from this diversity. Conciliatory diversity is always better than closed-mindedness.

Özkan: It is a general problem, an entire class that not only Turks or Arabs belong to, but Germans, too. We have to do something for this class. Its children may not be allowed to slide into so-called "Hartz-IV" careers, living off Germany's social security system.

If integration policy is to succeed, what direction does it need to take?

Özkan: We have two missions. First, we need to integrate the young people with immigration backgrounds living here into work and education and offer them prospects. Second, in view of an aging society, targeted immigration of workers for specific sectors and fields is advisable. Integration can be supported by state aid, but it is a process that takes place in the details, in everyday life; kindergartens, schools, workplaces and clubs are the places where our society grows together.

Could this not however put them at risk of a sort of assimilation?

Özkan: Mainly, everyone who lives in Germany should identify with our country. But that doesn't mean they need to deny their origins.

Aygül Özgan was born in Hamburg in 1972 as the daughter of a Turkish couple that had immigrated to Germany from Turkey in the 1960s. In 2010 the then Minister-President of Lower Saxony and later Federal President, Christian Wulff, appointed her minister of the newly established Ministry of Social Affairs, Women, Family Health and Integration. She was the first Turkish-born Muslim to receive a post in the government of a German federal state. She is a lawyer by profession who since 2004 had been a member of parliament for Germany's Christian Democratic Party (CDU) with a seat in the parliament of the Free Hanseatic City Of Hamburg.

Nouara may be 65, but she is ready to join thousands of others who burn their ID and pay traffickers for the chance of a new life in Europe. Zineb Bettayeb reports END_OF_DOCUMENT_TOKEN_TO_BE_REPLACED

Education for girls and women is still possible in Afghanistan, says Reinhard Eroes of the Kinderhilfe Afghanistan initiative. In interview with Elisa Rheinheimer, he talks about ... END_OF_DOCUMENT_TOKEN_TO_BE_REPLACED

Locals in the Middle East have said European critics are showing bias and hypocrisy when they condemn Qatar. Observers agree that Qatar has had to deal with more criticism than ... END_OF_DOCUMENT_TOKEN_TO_BE_REPLACED

In Doha, Arabs from Morocco, Tunisia, Egypt and Algeria are gathering to celebrate the first ever FIFA World Cup to be held on Arab soil. The criticism from Europe? Over the top, ... END_OF_DOCUMENT_TOKEN_TO_BE_REPLACED

Canan Topcu came from Turkey to Germany as a child. In her essay, she describes how bothered she was by the racism she encountered in her country of origin when she travelled ... END_OF_DOCUMENT_TOKEN_TO_BE_REPLACED
Author:
Hans-Martin Schönherr-Mann
Date:
Mail:
Send via mail

END_OF_DOCUMENT_TOKEN_TO_BE_REPLACED
Social media
and networks
Subscribe to our
newsletter