"Kuwaiti Women Are Pioneers of Reform"

Four years after the introduction of women's right to vote in Kuwait, women are entering parliament for the first time. Kuwaiti professor of sociology and journalist Mohamed Al Rumaihi analyses the results of the most recent parliamentary elections. Interview by Hisham Adem

​​Four Kuwaiti women will enter Kuwaiti parliament for the first time. How do you explain the surprising results of the most recent parliamentary elections in your country?

Mohamed Al Rumaihi: My first analysis is positive, because the results of the parliamentary elections show a certain democratic maturity in my country: For the first time, as a result of free and democratic elections, four Kuwaiti women are entering parliament.

This victory is of historical importance because a high percentage of male voters voted for them. Additionally, it should also been seen as a generally positive development in Kuwaiti society, which, since 1962, has been working to develop a democratic tradition.

The democratisation process in Kuwait is now bearing fruit; this shows itself in the fact that the results of the parliamentary elections reflect the diversity of Kuwaiti society. And in the new parliament, largely moderate votes are dominating.

Moreover, one has to consider the courageous decisions of the Kuwaiti government, which has always supported the participation of women in politics. Above all, the fact that the emir Sabah Al-Ahmad Al-Jaber Al Sabah has, in the recent past, appointed women as ministers contributed to the fact that the population was finally convinced of female leadership qualities and competence. 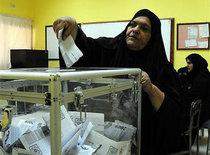 ​​Arabic societies are generally considered to be male-dominated, even patriarchal, societies. From your perspective, can this victory be seen as an indicator for a change in mentality?

Al Rumaihi: The election results will definitely contribute to a change in consciousness in Kuwaiti society. For example, member of parliament Dikra Al Rasidi has experienced in her constituency that a slow change is actually taking place: in this particularly conservative constituency, Mrs Al Rasidi only just missed out on getting into parliament – so there's a change for the positive.

In my opinion, many different factors have contributed to this development in Kuwait: For instance, Emir Sabah Al-Ahmad's speech held March 18 of this year, in which he encouraged Kuwaiti citizens to see more transparency, to be more politically active and to give more support to their country above and beyond any differences of opinion and party rivalry. The emir turned to his citizens with the invitation: 'Help me by choosing the best candidates.'

Apart from that, the undeniable success of Kuwaiti women in public life and at ministry level contributed to this positive perception by the public.

What role did Kuwaiti civil society play in this process?

Al Rumaihi: The civil societal powers supported this development from the very beginning, in particular the opinion-leading media. At my newspaper Awan we strongly supported the strengthening of the role of women in our political system. We turned to the voters with the slogan 'Give women a fair chance this time.'

In this context we also shouldn't disregard the historical heritage of the struggle of Kuwaiti women for equal opportunities in the last 40 years, because these activists paved the way for development.

210 candidates, including 16 women, stood for a total of 50 seats in the Kuwaiti parliament

​​Do you see Kuwaiti women as a model for women in other Arabic countries?

Al Rumaihi: Yes, all the more so because the reactions to the election results from the Gulf region states were very positive. What was special about the success of Kuwaiti women was the fact that it came about through genuinely democratic elections – not by appointment or due to a demand to fill quotas, the way it is done in neighbouring countries.

An example of this should be mentioned: Dr. Maasuma al-Mubarak [former health minister and well known professor of politics, ed.] was able to win the largest percentage of votes in the history of Kuwaiti democracy, with both men and with women. This is why I am not exaggerating when I say: we are all witnesses to a fundamental societal change in Kuwait.

Contributing to this change above all are the critical media, but also, of course, the powers of globalisation. In the recent elections, the saying ‘If Americans chose a black man for the White House, why shouldn't we vote for a woman?' was going around. 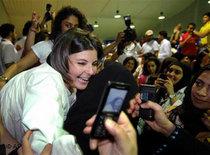 "Give women a fair chance!": Supporters of the liberal candidate Aseel al-Awadhi celebrate her election to parliament

​​The results of the elections also show that the radical Islamists, who have dominated parliament until now, suffered massive losses. How do you explain this development?

Al Rumaihi: I think that this interpretation is a generalisation and incorrect, because the Islamic currents in Kuwait are heterogeneous. Due to their obstinacy, the so-called "constitution-oriented Islamists" like the Muslim Brotherhood, have, for example, lost a lot of voters. The Shiite Islamists, who supposedly have connections to radical powers in the Arabic world like Hezbollah, have lost votes. But they still remain part of the political spectrum in Kuwait.

The Salafis, on the other hand, had to accept huge losses of votes because some of their ministers left the party. Of the so-called "independent Islamists", only three managed to get into parliament.

We have, then, a heterogeneous, political spectrum in which moderate powers dominate and radicals are kept in check. I am convinced that such a vital and civil democracy is the cure for extremism.

How do you explain the success of the Shiite Islamists? Does this have any importance in the region?

Al Rumaihi: No. I think the small group that has connections to radical groups in the region lost deciding votes. The majority of the Shiite ministers are moderate Kuwaiti patriots who lobby for the common welfare. That the Shiites are represented in parliament in this way is a matter of course and shows the healthy diversity in Kuwaiti society.

Mohamed Al-Rumaihi, a Kuwaiti professor of political sociology, is dean of the Faculty of Social Sciences at Kuwait University and one of the best known contemporary Arab intellectuals and opinion makers. He was editor-in-chief of the respected cultural magazine Al-Arabi for a number of decades and is currently publisher of the Kuwaiti daily newspaper Awan.

The Role of Women in Islamism
The Need for Equal Footing
Islamist movements across the board are speaking out in favour of involving women more strongly in politics and the working world. Yet women remain marginalised. The Kuwaiti author Ahmad Chehab is still waiting for signs of change in the role of women in modern Islamism

Kuwait's Political Turmoil
It's Not Just Conservative Islamists versus Liberal Reformers
The dissolution of Kuwait's parliament and the calling of early elections reflect developing social and economic fissures in the Gulf emirate, says Raymond Barrett

END_OF_DOCUMENT_TOKEN_TO_BE_REPLACED
Social media
and networks
Subscribe to our
newsletter