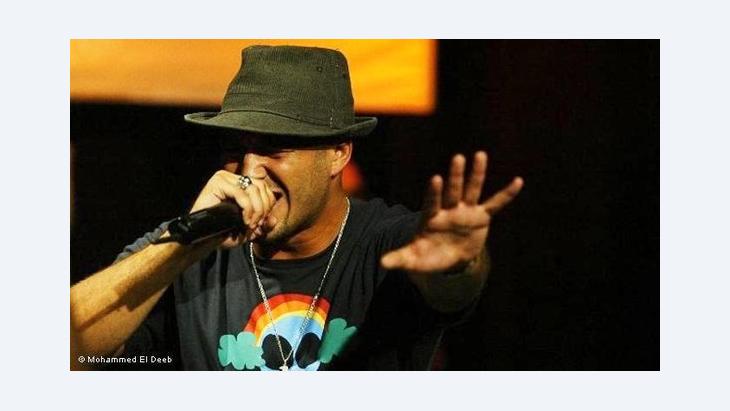 Interview with Mohamed El Deeb
Protest through Songs and Poetry

Mohamed El Deeb from Cairo is one of the few Egyptian artists to have written songs that were critical of the Mubarak regime, and to have issued a musical protest against the dictatorship during the demonstrations on Tahrir Square. Arian Fariborz spoke to him

Could you describe how your musical project began, and the first steps you took with the hip-hop band "Asfalt" and later with "Wighit Nazar" – what was the main motivation for this kind of music and what message did it have for the Egyptian public?

Mohamed El Deeb: It's a funny story how I got into hip-hop. I always enjoyed writing poetry in school. When I was at secondary school we were asked to write a French rap song and submit it as an assignment for the French class. All my colleagues submitted on paper, I was the only one who recorded my rap on a cassette tape over a looped beat, as that was the time when I was really getting into hip-hop. When the teacher played my song in class, all my friends and colleagues enjoyed it and gave me props. I wrote my first rap song in French! I thought to myself, if I can write a rap song in French, which is not my main language, I can also do it in English. 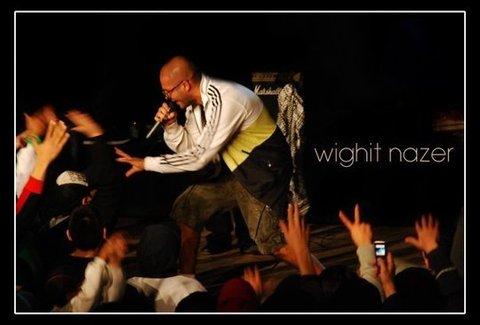 "People are tired and bored of the shallow pop love songs that were on high rotation before the revolution": Mohamed El Deeb during a concert with the band "Wighit Nazar"

​​I moved back to Egypt in 2005 from the Gulf, where I had spent most of my childhood years. I found myself speaking and thinking more in Arabic, discovering myself and my culture for the first time. In 2006, I joined "Asfalt", which was one of the first Egyptian hip-hop crews to rap in colloquial Arabic.

I later created "Wighit Nazar" (Point of View), a musical project that included Asfalt band member Mohamed Yasser, and myself. We had a good chemistry going on and we managed to create a respected name in the underground scene. I left "Wighit Nazar" in mid-2010 to start my solo career due to creative differences. The main messages that can be felt in my songs cover identity issues, cultural awareness, sexual harassment, social and political oppression, and reminding my people of the good old days when Egypt was a cultural and arts hub in the Middle East.

How would you assess the cultural climate under the Mubarak regime? What kind of restrictions were imposed upon independent artists like yourself, and how did this affect your music?

El Deeb: Hip-hop music is language that speaks about struggles and oppression. It is based on self-expression and projecting your point of view, regardless of whether people agree with you or not. This made it harder for me to write songs freely during the Mubarak regime; there was a good chance that you'd be locked up for speaking the truth. I had to censor most of my lyrics. I could never say the word 'government' or 'president'. I would always refer to them as 'The Big Guys' or 'The Corrupt People'. I would use metaphors instead of direct name references. 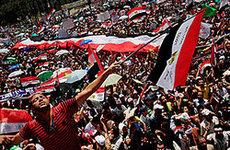 "New music for the New Egypt": Mohamed El Deeb participated in the 25 January uprising and performed his raps on stage at Tahrir Square

​​I remember doing a TV interview when I was with Asfalt and the TV presenter stopped us because we chose to sing a song called 'El Ebara Fel Abbara', where we talked about the 'Salam' ferry that sank in 2005 and the 1,000 people that drowned. We then found out that the 'Salam' ferry owners were corrupt and had close links to the Mubarak regime.

You once said that your music somehow reflects "the social conscience" of your audience. What exactly do you mean by this?

El Deeb: When I write my music, I try to represent the average Egyptian on the streets. By average Egyptian I refer to everyone – from taxi drivers to street vendors to intellectuals. I'm inspired by the pulse of the street and I touch on everyday issues that people relate to, which is why I'm very keen on referencing a lot of pop culture in my songs.

What contribution did your musical project make to Egypt's 25 January uprising, and how did the Tahrir Square audience respond to you?

El Deeb: I physically participated in the 25 January uprising right from the outset, and during ensuing days of protest. I was also privileged enough to be able to perform my poetry and songs on Tahrir Square a couple of times, which is something I'm very proud of. I was extremely happy and honoured to see the protesters reacting to my music and telling me that this is the type of music that they want to hear in the new Egypt. I believe that hip-hop is highly respected by society, which appreciates the honesty and the subject matter addressed in the songs. People are tired and bored of the shallow pop love songs that were on high rotation before the revolution, as this kind of music failed to represent the social and political reality. 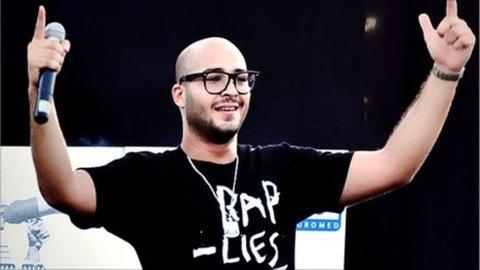 "Hip-hop demonstrates the power of poetry, which Arabs are very fond of": Mohamed El Deed, also know as MC Deeb, says that freedom of speech is something Egyptians will fight for in the post-Mubarak era

​​My first video, 'Masrah Deeb' (Deeb's Stage), was shot very close to Tahrir Square in downtown Cairo, two weeks before the revolution. I decided to release the video on 2 February, while the revolution was still at its peak, to remind people of the social issues and political oppression that we experienced during the Mubarak regime. I also wanted to boost public morale during this difficult time and give people hope that we will rise again once our revolution is complete.

What role could hip-hop music play as a mouthpiece for social and political protest in the Middle East, especially in Egypt?

El Deeb: Egyptians are increasingly acknowledging the fact that hip-hop is a musical genre that is not afraid to address social problems and supports the idea of freedom of expression. It is not just a creation of the West; Hip-hop demonstrates the power of poetry, which Arabs are very fond of. After the revolution, many Egyptians were exposed to hip-hop as they saw artists perform on the Tahrir stage and heard songs circulated on social media. I remember after one of my Tahrir performances, a guy from the crowd came up to me and told me that he had prevented a bunch of Salafis from pulling me off the stage, because I was singing and they considered it inappropriate. He stopped the Salafis because the protesters wanted to hear my songs, which he described as inspirational and accessible. I mean, you can protest using other means and languages, you can hold up a banner or chant, I protest through songs and poetry. By having the guy from the crowd stopping the Salafis, I achieved something; I made a statement that freedom of speech is something we will fight for post-25 January.

Tourists have been returning to Tunisia, Egypt and Morocco. But, given the global uncertainty caused by the Ukraine war, will the comeback be enough to save a struggling sector, ... END_OF_DOCUMENT_TOKEN_TO_BE_REPLACED

In this essay, renowned Lebanese journalist and writer Hazem Saghieh asks whether the Arab Levant, which stretches from Iraq in the East to Egypt in the West, will remain an ... END_OF_DOCUMENT_TOKEN_TO_BE_REPLACED

By 2050, the Middle East and North Africa could be dealing with many more elderly people suffering from dementia. A lack of facilities, specialists and local knowledge means the ... END_OF_DOCUMENT_TOKEN_TO_BE_REPLACED

With his fist bump greeting for a man he previously called a pariah, US President Biden has paved the way for Saudi Crown Prince Mohammed bin Salman's return to the international ... END_OF_DOCUMENT_TOKEN_TO_BE_REPLACED

Foresight is needed to turn the tide of German policy. Being independent of Russia must not lead to dependence on authoritarian regimes in the Middle East. By Kristin Helberg END_OF_DOCUMENT_TOKEN_TO_BE_REPLACED
Author:
Arian Fariborz
Date:
Mail:
Send via mail

END_OF_DOCUMENT_TOKEN_TO_BE_REPLACED
Social media
and networks
Subscribe to our
newsletter