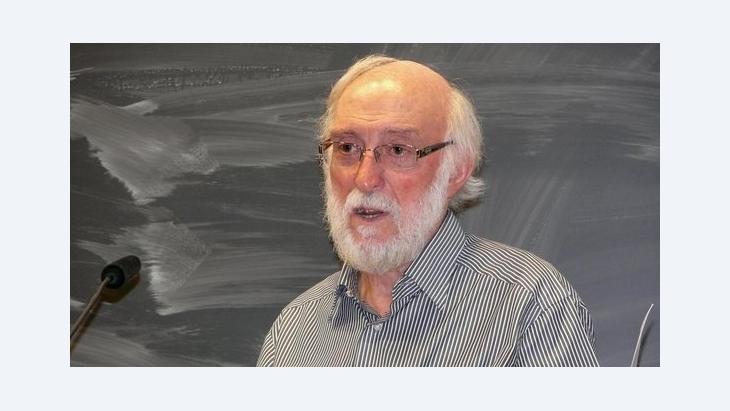 The Shiite scholar Mohammad Mojtahed Shabestari is regarded as one of the Iran's most influential Muslim reformist thinkers. In an interview with Jan Kuhlmann, he explains why there is no inconsistency between Islam and democracy.

You have stated that Islam is a religion and not a political programme. Many other Islamic scholars, however, say that it is not possible to separate religion and the state or, alternatively, religion and politics. Do you thing these spiritual leaders are mistaken?

Mohammad Mojtahed Shabestari: You cannot expect politics to adhere to the sort of ethical principles found in religion. And conversely, you cannot expect religion to follow a political programme with the aim of achieving certain social objectives. As I understand it, religion is the relationship between man and God, in which man speaks to his God, his God listens, resulting in inner emancipation. This is why I hold the view that religion, and also Islam in particular, cannot be equated with a political programme.

Do you therefore advocate a clear separation of religion and state? That is an unusual position among Muslim scholars.

Shabestari: My view is that religious and political institutions are very different sorts of institutions with different sorts of tasks and responsibilities. This is the reason for their separation. Yet, it doesn't mean that a person's religious inclinations cannot provide a moral or ethical impulse in politics. This is possible. For this reason, I do not call for a separation of politics and religion, but rather that political and religious institutions should be kept separate. Of course, there can and should be cooperation between them.

Muslim scholars base their pronouncements on the Koran and the Sunna, the words and deeds of the Prophet Muhammad. Where do you find support in Islamic sources for your positions?

Shabestari: It is not something that can be derived from the Koran or the Sunna. This division is a necessary reality of our time, because these institutions have been separated from each other. And it was not prompted by anyone in particular. What we today refer to as political and religious institutions did not exist during the time of the Prophet. At the time, politics and religion were intricately linked almost the whole world over. 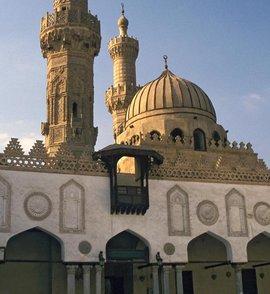 High-ranking Muslim spiritual leaders, such as those at the renowned Al Azhar Mosque, predicate their authority on references to traditional sources. However, a modern form of society cannot be derived from the Koran, but is rather a necessary reality of our time, says Shabestari

​​The way of life in Medina and Mecca was quite simple. But what took place then cannot be a model for today's world. Nowadays, Muslims live in intelligent social systems, in which there is a wide diversity of institutions. This requires us to develop a proper plan with the aid of reason. This is not something that can be derived from the Koran.

Shabestari: This is a question of political development. It all depends on whether a people has politically developed to such an extent that it understands what freedom is. Then it will demand freedom of expression. Even now there is a great tendency towards freedom in Islamic countries. Yet, why it hasn't truly developed is another question. This has to do with political hurdles and the system of government in these countries. It is more of a cultural difficulty than a difficulty related to Islam or religion in general. Unfortunately, this is a retrograde cultural reality.

The Arab protest movements are associated by many people, both within these countries and also abroad, with the hope for democracy. Others say that Islam fundamentally forbids democracy… 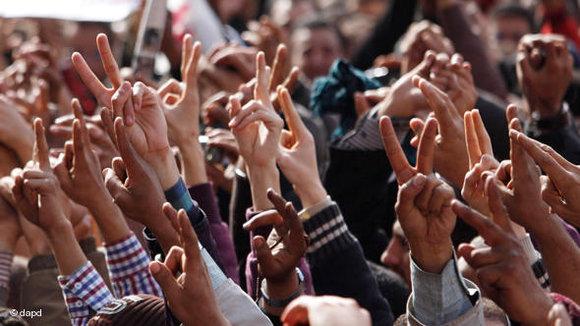 The Arab Spring has raised the question of whether the Arab civilian population is capable of democracy. Mohammad Mojtahed Shabestari is convinced that "if Muslims want democracy, they will find an interpretation of Islam that is compatible with democracy."

Those who say that Islam and democracy are not compatible base this claim on traditional Islamic scholarship, which holds that God is the highest authority. In a democracy, the final authority is with the people. How can these two positions be compatible?

Here it is a matter of freedom between people and not about freedom between God and people. Freedom and democracy entail that a particular order exists between people. This has nothing at all to do with whether or not God is the highest authority. The argument that if God is the highest authority, then there can be no democracy is constantly misused. The argument is simply false.

Is Islam exploited for political ends?

Shabestari: Every religion can be exploited, not only Islam. Christianity and other religions have also been exploited. But our task is to prevent Islam being misused as a means for dictatorship.

What role does sharia, Islamic law, have in a democracy? In your opinion, what should or must it play? 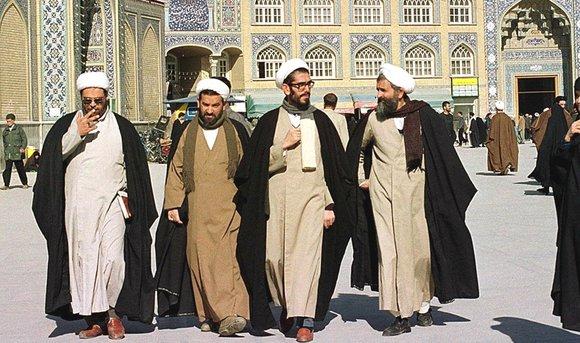 "Islam is not a political programme." Iran is ruled by the principle of the primacy of religion over politics. The system of "rule by religious legal scholars (welayat-e faqih) is diametrically opposed to a separation of religion and state

​​When these legal scholars are free-thinking individuals, then they can interpret Islamic law in such a way to present no hurdles to the establishment of democracy. Those who venture even further could say, "We can find passages in the Koran, the Sunna and the sharia that encourage us to adapt a democratic system."

From the outside, Iran appears to be a very religious country. Yet, if you take a closer look, you get the impression that many in Iran have privately turned away from religion. How religious is Iranian society today?

Shabestari: It all depends upon what one understands as religion and religiosity. The religiosity of a mystic is something different than the religiosity of a philosopher, which in turn is different than that of a theologian. Generally speaking, I don't hold the view that people no longer wish to be religious. It is a fact that some abandon their faith because they have experienced horrible things done in the name of religion. Yet, I do not accept that there is currently such a large epidemic in Iran.

Religiosity changes with time. Many have turned from a traditional to a mystical form of religiosity. I see absolutely no indication that religiosity now is weaker than it was 40 or 50 years ago. But for many people, religion and religiosity has become more of a private matter.

Mohammad Mojtahed Shabestari, born in 1936, is one of the most important religious intellectuals in contemporary Iran. As a student, he studied under Khomeini. In 1970, he took up the post as head of the Shiite Islamic Centre of the Imam Ali Mosque in Hamburg, Germany, and was engaged in Islamic-Christian dialogue. In 1979, he returned to Iran as a follower of Khomeini and was elected to Parliament. However, Shabestari soon abandoned politics. Since 1985, he has taught Islamic philosophy, comparative religion, and theology at Tehran University. He has developed an understanding of religion that is at once emancipatory and critical of ideology. His modern concepts of individualism, human rights, and democracy are of great importance to many Muslim legal experts interested in pursuing a contemporary reading of Islamic law. Shabestari continues to organize international conferences promoting Christian-Islamic dialogue.

Since returning to power in Afghanistan, the Taliban have steadily eroded the rights and opportunities of women and girls, particularly their access to education. But Afghans are ... END_OF_DOCUMENT_TOKEN_TO_BE_REPLACED

The book "The Invention of the Maghreb: between Africa and the Middle East" prompts us to review basic terminology. This includes terms that we use almost every day as if they are ... END_OF_DOCUMENT_TOKEN_TO_BE_REPLACED

Tunisia has been going through a severe economic and political crisis in recent years. More than one in three young people there are unemployed. For many skilled, qualified and ... END_OF_DOCUMENT_TOKEN_TO_BE_REPLACED

At the end of every year, the team at Qantara.de gives you a run-down of the ten most-read articles on the site over the past 12 months. Here is a quick overview of the stories ... END_OF_DOCUMENT_TOKEN_TO_BE_REPLACED

The government in the Netherlands, one of the last European nations to abolish slavery, has made an historic apology. But some feel that there is still a long way to go. By Ella ... END_OF_DOCUMENT_TOKEN_TO_BE_REPLACED

To celebrate the bicentenary of the deciphering of the Rosetta Stone, the British Museum is running an exhibition entitled "Hieroglyphs: unlocking ancient Egypt" until February ... END_OF_DOCUMENT_TOKEN_TO_BE_REPLACED
Author:
Jan Kuhlmann
Date:
Mail:
Send via mail

END_OF_DOCUMENT_TOKEN_TO_BE_REPLACED
Social media
and networks
Subscribe to our
newsletter