"People Did Not Want the Taliban"

Mohammed Hanif has caused a stir with his recent novel about the unholy alliance between Pakistan's military and its jihadists - an alliance that was forged in the 1980s. In this interview with Eren Güvercin, he talks about the influence of the Taliban and the mistakes America has made 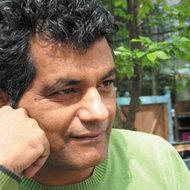 Mohammed Hanif: "The situation is very worrying because parts of Pakistan have been captured by these people and they are very brutal. Nevertheless, nobody in Pakistan believes there is a realistic threat of the Taliban capturing Pakistan."

​​Mr Hanif, how would you describe the current situation in those areas of northern Pakistan where the Taliban is gaining control?

Mohammed Hanif: As you probably know, a few months ago, the government signed a peace deal with the Taliban in the Swat Valley, where the Taliban has been increasingly active in recent months.

The peace deal basically stipulated that the Taliban would be granted Sharia rule in that area in return for surrendering their arms. Not only did they not give up their arms, they even tried to capture some more areas and neighbouring cities, in response to which the government launched another operation.

In short, the peace deal is practically dead. There was a lot of pressure from the United States to launch an operation. It is a very tragic situation because a lot of civilians have been forced to leave their homes and there is mass migration.

What is the reaction of the people living in these areas? Do they support the Taliban?

Hanif: I visited some of these areas at the end of March. To tell you the truth, I could not find a single woman who had anything positive to say about the Taliban. Similarly, most men I talked to did not support the Taliban either; they didn't even want them there.

What has happened is that the Taliban has taken over by force and is trying to run people's lives according to their own ideals. It was very clear to me, at least, that people didn't want any of that.

Why is the Taliban so influential in these parts of Pakistan?

According to military information, over 1,700 rebels and about 160 soldiers have been killed since the end of April in fighting in Swat, a region to the north-west of Islamabad

​​Hanif: I think the reasons are historical and very complex. In the 1980s, there was an American-sponsored jihad in Afghanistan. America provided a lot of money, a lot of arms, and a lot of training, not just to Pashtuns, not just to the people of northern Pakistan, but also to people from a number of other countries, from Saudi-Arabia to Egypt. They encouraged everybody to come to the northern part of Pakistan and take part in the jihad that was being waged against the Soviets in Afghanistan.

When the Soviets and Americans left, they didn't even think about what all these well-trained, very well-armed people would do next; nobody thought about that. They used to be called mujahedeen - that's what America called them and that's what most other people called them too. The Taliban is, in effect, the second generation of the mujahedeen.

In other words, there has been a culture of fighting, a culture of jihad in the region for more than twenty years. A lot of people felt that because they picked up guns and defeated one superpower, they could now apply the same tactics and defeat the United States in Afghanistan too. They also felt they could capture large parts - or at least some parts - of Pakistan.

In Europe, there is often a degree of hysteria in media reports about this conflict. Is there a real risk that the Taliban or the Islamists could gain control over the entire country?

Despite the fact that the army announced the official end of a two-month offensive against the Taliban in Swat in July, fighting continues sporadically in the region

​​Hanif: No, that's not likely to happen in my lifetime, at least. You just have to look at the basic indicators. I think that a basic indicator in every democracy is the way people vote.

Pakistan has had long dictatorships throughout its history, but whenever there were elections, whenever the people were allowed to choose their own rulers, they always voted for secular type politicians. The Islamists have never gained more than 4-5 per cent of the total vote in Pakistan. That was true thirty years ago and that it is still true today.

The media reacts with hysteria because they do not understand the complexities of Pakistan. Pakistan is a large and very diverse country. However, the situation is very worrying because parts of Pakistan have been captured by these people and they are very brutal. Nevertheless, nobody in Pakistan believes there is a realistic threat of the Taliban capturing Pakistan.

Before starting a career as a journalist and writer, you yourself served in the Pakistani Air Force. What is happening inside the Pakistani military? Despite its size and the fact that it is well equipped, it seems incapable of stopping the Taliban.

A change in policy after a protracted failure in the region: US President Obama presented his administration's new strategy for Afghanistan and Pakistan in Washington on 27 March 2009

America seems to be concerned about the Taliban who are working closely with Al-Qaeda and who have ambitions beyond Afghanistan and Pakistan. The Pakistani army seems to share this view. But this approach hasn't worked. The influence of the Taliban has increased; the size of the area under its control has grown.

People should realise that Pakistan is a functioning state: it has an elected government and there is a basic kind of rule of law, and that rule of law has to be implemented – regardless of the existence of good Taliban and bad Taliban.

What is your opinion about the US strategy in Pakistan? They supported Musharaf's regime for a long time; now they are bombing targets in Pakistan with unmanned drones. Is this campaign really hampering the Taliban's efforts? 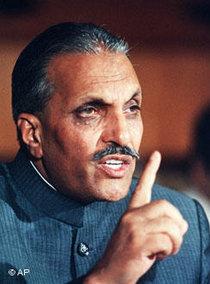 An unfruitful alliance: in the 1980s, Pakistan's military dictator Zia ul-Haq was one of the USA's most important allies in the region

​​Hanif: No, it's making them much stronger. When you destroy innocent people's homes and kill their children, how are they going to react? They are not going to love America for that!

In a way, the Americans don't have a strategy. They recklessly drop bombs on people; they don't really have any intelligence on the ground; they don't really know who belongs to the Taliban und who does not. Only recently they attacked a village in Afghanistan, killing more than one hundred people.

How can Pakistan effectively combat the threat posed by the Taliban?

Hanif: I don't really know. I wish I had an answer. It doesn't really seem as if anybody has an answer. There are a lot of powerful people in the American establishment who are panicking and saying that the civilian Pakistani government is not working well and that military government should be restored.

Parts of the Pakistani establishment and parts of the American establishment share the view that our democracy is not working and feel that the country should be returned to the good old ways of a dictatorship. That has to stop.

Mohammed Hanif, born in Pakistan in 1965, was a pilot in the Pakistani Air Force before starting a career as a journalist. In the late 1990s, he and his family moved to London. He wrote plays and screenplays and graduated from the renowned Creative Writing Programme at the University of East Anglia. In autumn 2008 he returned to Pakistan, where he now works as a correspondent for the BBC. He lives in Karachi.

Mohammed Hanif's "A Case of Exploding Mangoes"
A Tangled Tale
A first novel by Mohammed Hanif is a rollicking ride through the politics of the Pakistani military rule of Zia ul-Haq in the eighties. Irfan Husain says that the book has lessons too for the current rulers of Pakistan as they emerge from nine years of military rule

END_OF_DOCUMENT_TOKEN_TO_BE_REPLACED
Social media
and networks
Subscribe to our
newsletter