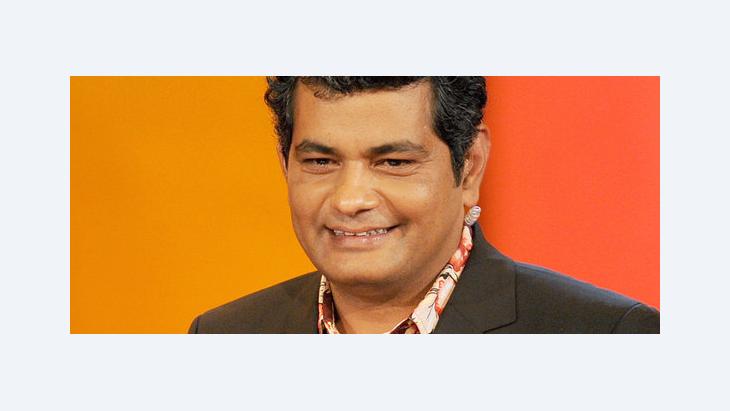 The Joys and Struggles of Everyday Life

﻿Mohammed Hanif's first novel, A case of exploding mangoes, was a critically acclaimed success. Claudia Kramatschek met the author and spoke to him about Pakistan, minorities and his most recent novel, Our Lady of Alice Bhatti

Many in the West equate Pakistan with terrorism. But your new novel isn't about terrorism or the Taliban; it's about the daily fight for survival.

Mohammed Hanif: It is a much more intimate novel. And as you pointed out, it is an insider's look at how life is lived on a day-to-day basis. This is not the kind of life that makes screaming headlines; this is not the kind of life that CNN and FOX and Al Jazeera like to cover. It might seem mundane and boring from the outside, but it is full of little adventures, full of little romances, full of little humiliations, full of tiny terrors. For me, this life is as captivating, as amazing as anything that happens on a global scale.

The main setting is a Christian hospital in Karachi, which seems to be a place where hope is abandoned at the entrance. To what extent should readers view this hospital as a cipher, a symbol for the state of the country as a whole? 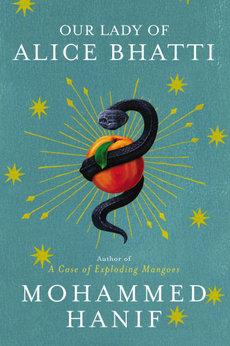 ​​Hanif: Most of us who live in urban societies were born in a hospital; at some point we end up there to manage our pains, and even if we are all completely healthy, there is a chance that we will end up there. That kind of fascinated me because it is a very familiar place for most people who live in a city. And obviously it is a world of its own.

To a certain extent, it is a special hospital because it is a Christian hospital. What's more, the main female protagonist is a Christian. This is unusual because the situation of minorities in Pakistan is rarely addressed in the West.

Hanif: I do not usually like the word "minority" because when you call a group a minority, society is absolving itself of its moral and political responsibility. What it says is that here is something that is quite minor and small and doesn't matter because there are things that are bigger and more important and that matter more. But that is not true.

Take, for example, women in Pakistan. In terms of numbers, they are the majority; they far outnumber men. But are they treated like a majority? No. We still treat them like a subspecies, like we treat animals that we don't like. And it is similar with other religions; we have a very bad history with them. And it has got to the point where it is not just people who belong to other religions who are affected; people who call themselves Muslims for example are affected too.

There is whole sect in Pakistan called the Ahmedis. There is a law that prohibits them from saying they are Muslims. If they call themselves Muslims, they can be sent to prison. And people have gone to jail for that.

Then you have Shias being targeted in Pakistan. But if you keep dividing people into these subgroups, you will reach the conclusion that everyone is a minority of one. But to tell you the truth, my main character could have been a Muslim and from the same class background, and she would have had the same experiences. So sometimes yes, it makes a difference if you belong to a different faith. But I have seen cases in real life where you actually do belong to the majority faith, but it is your class that determines your faith, rather then your religion.

What is your name? Where do you come from? What is your religion? Identity still seems to be a driving force and a dividing line inside the country.

There are people who think that this is some kind of divine gift, which is supposed to be an ultra-religious Islamic country. There are other people who argue that this is a country that was created for Muslims so that their economic rights could be protected, and that their country was supposed to be as open to non-Muslims as to anybody else. That is a central debate that goes on in Pakistan and it gets much more complicated with ethnicities: where do you come from, are you a Panjabi or a Sindhi or a Beloch? And then the biggest debate of them all: what class and which clan do you belong to? 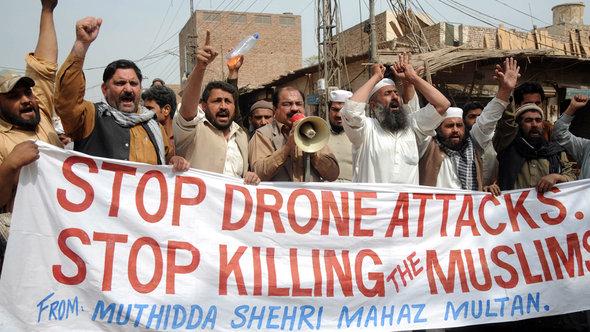 According to Hanif, it is only the horrifying, sensational stories about Pakistan – the people killed by American drones, the national disasters, the honour killings – that appear in the international press, a situation that creates a distorted image of life in Pakistan

It seems to me that by looking at one seemingly small aspect, you give a broad insight into the difficulties and the different layers of Pakistani society.

Hanif: Somebody is dying of hunger or blown up by some explosion or has suffered terribly in some way. That is when it makes it to your TV screen. That is when it gets written about in the newspapers. And that somehow reduces all of society to this bizarre image of either people who are completely suffering or being bombed to death, people who are starving because of national disasters or drones striking people in the mountains, whereas the majority of people live somewhere between these two extremes.

There are joys in daily life, there are daily struggles that people have to get through, and sometimes all those struggles are successful. And in among all of this, of course, there is love. That is my major concern in this book: how people fall in love, how they try to live together, and how sometimes it works and sometimes it doesn't.

Well, for Alice it doesn't work in the end. In general the situation for women seems to be very bad…

Hanif: The plain truth is that it is. And I will give you an example of that. I live in Karachi and, like any citizen, I pick up the local newspaper every day, which gives you the news about the city. A few years ago, I realised that every day there would be at least one story about a woman who has been killed in some bizarre way – usually by her own brother, by her own husband, by her own father, sometimes by her own mother or other women in the family. And I am not talking about some remote tribal area or rural area; I am talking about a big city. That is when I started to think about these things.

Obviously women's lot is difficult; there is a lot of violence against women. But we must also point out that in my book and also outside in society, there are a lot of women who are very gutsy, who fight back, who have to wage a battle every day to win an inch of space. And that space, I must say, over the years has been increased. It has been a tough battle. But that is a fight that goes on, on daily basis.

The story is set in Karachi, which has long been dogged by riots and ethnic rivalries. To what extent does the city represent the country's problems? 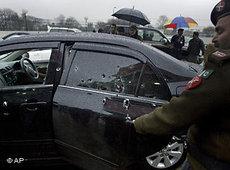 The main protagonist in Hanif's latest novel comes from the country's Christian minority. The situation regarding minorities in Pakistan is tense and at times explosive, as illustrated by the assassination of Minorities Minister Shahbaz Bhatti, the only Christian in the Pakistani cabinet, in 2011; the minister had previously received death threats for urging reform to blasphemy laws.

​​Hanif: Karachi is basically a city of immigrants. When partition took place, it was a city of only 100,000 people, 400,000 people actually. Now it is a city of almost 20 million people and it has migrants not only from all over Pakistan, but from India, Burma, Sri Lanka, Bangladesh, and Afghanistan. So in a way it has become a regional hub for migrants.

And despite all the violence and despite all its problems, it is still the kind of city that gives people a livelihood. So in a way it does represent a lot of the country's problems: all the religious differences, all the ethnic differences, the black economy that exists in Pakistan and in the region.

Home
Print
Newsletter
More on this topic
Mohammed Hanif's ''A Case of Exploding Mangoes'': A Tangled TaleInterview with Mohammed Hanif: ''People Did Not Want the Taliban''Mohammed Hanif: My Country, Caving to the Taliban
Related Topics
Al-Qaida, Democracy and civil society, Media in Pakistan, Mohammed Hanif, Pakistani literature, Taliban, U.S. policy in the Middle East
All Topics

In his book "Ground Zero: 9/11 und die Geburt der Gegenwart" (Ground Zero: 9/11 and the Birth of the Present) Islamic scholar Stefan Weidner analyses the consequences of the ... END_OF_DOCUMENT_TOKEN_TO_BE_REPLACED

To Afghans, the name "Panjshir" evokes associations with the Tajik resistance against the Soviets during the 1980s. But the special charm of the province lies in its landscape. ... END_OF_DOCUMENT_TOKEN_TO_BE_REPLACED

The USA and NATO plan to withdraw from Afghanistan by September. The operation is risky, the outcome uncertain. Many Afghans fear civil war. The quake on the Hindu Kush will also ... END_OF_DOCUMENT_TOKEN_TO_BE_REPLACED

Even in times of war and pandemic, refugees are still being deported to Afghanistan. Several deportation flights have taken place in recent weeks alone. Since those affected often ... END_OF_DOCUMENT_TOKEN_TO_BE_REPLACED

The Prophet Muhammad never executed anyone for apostasy, nor encouraged his followers to do so. Nor is criminalising sacrilege based on Islam’s main sacred text, the Koran. In ... END_OF_DOCUMENT_TOKEN_TO_BE_REPLACED

END_OF_DOCUMENT_TOKEN_TO_BE_REPLACED
Social media
and networks
Subscribe to our
newsletter