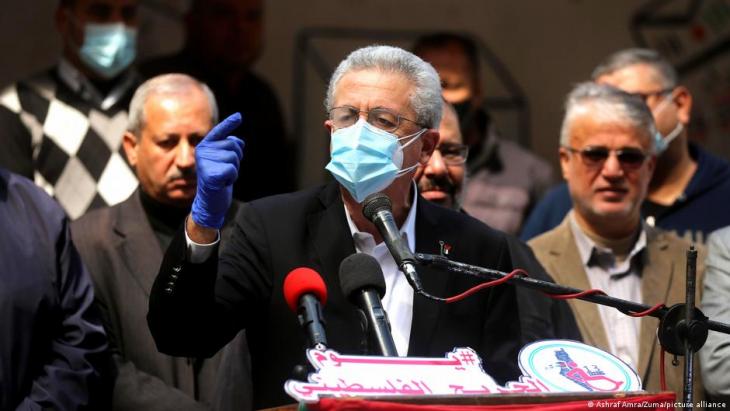 Mustafa Barghouthi, Palestinian politician and secretary-general of the Palestinian National Initiative party is a key voice of the secular liberal left in Palestinian politics. Following the Israeli-Hamas ceasefire, he gives his view of events in Israel and the Occupied Territories in recent days and his hopes for German and European foreign policy going forward. Interview by Jannis Hagmann

Mr Barghouti, after eleven days of fighting Hamas and Israel have finally agreed to a ceasefire. What's the result of the escalation?

Barghouti: From a political point of view, it’s amazing. After many years of oppression and frustration we can now see a strong sense of resistance not only in Gaza, but all over Palestine. I would even call it a popular uprising that has touched every Palestinian. On Tuesday, thousands of people in the West Bank took to the streets. The majority were young people who had probably never participated in a demonstration before. Many were secular. I was very impressed by them. They will never give up. There is a new unity of Palestinians inside the 48 areas, in the Occupied Territories, as well as in the diaspora.

Unity sounds good at first glance, but part of that unity is Hamas, who started the military confrontation by shooting missiles on civilians in Israel?

Barghouti: No, you’re wrong. The problem with this narrative is that Israel is the victim and Palestinians are the aggressors. Of course, in a military confrontation each side is shooting and civilians are affected on both sides. But the whole thing would not have happened if Israel hadn’t attacked the people in the Al-Aqsa Mosque. If Israel had declared that it was not going to force people in Sheikh Jarrah to leave their homes. This could all have been avoided. 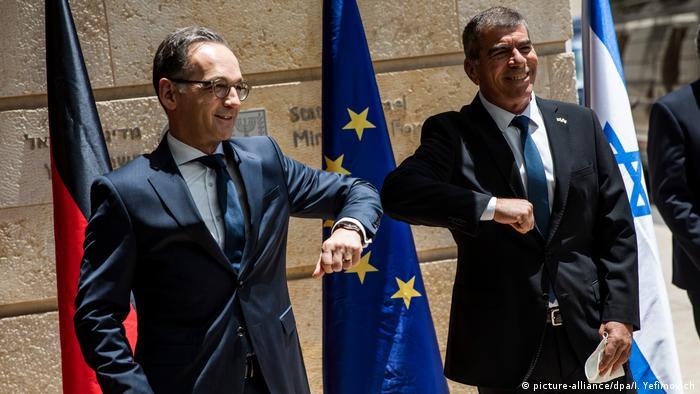 Calling out foreign policy inconsistencies: "Not only Germany, but all of Europe needs to recognise the state of Palestinian. If you truly support a two-state solution, why don’t you recognise Palestine? That step would alter the balance of power and make the conflict more symmetrical, which in turn would open a way for negotiations," says Barghouti. "Heiko Maas should also have said that Palestinians have a right to defend themselves"

There had been aggression in Jerusalem from the Palestinian side, too. Fireworks, stone throwing, attacks on Jewish citizens …

Barghouti: Yes, but people threw stones after they were attacked, not before. The Israeli government was very unwise to attack people in the Al-Aqsa Mosque during Ramadan, dispersing people in Bab al-Amoud who were just sitting around and celebrating after breaking their fast.

Again, I haven’t heard you explicitly condemning attacks on civilians.

Barghouti: This is a tactic journalists use all the time. I don’t need to condemn anything. I’m a person who has advocated non-violence all my life and I am not about to justify attacking civilians anywhere. But you can’t equate Israel, which has one of the most powerful armies in the world, with Gaza. Israel attacked Gaza with 160 F-15 and F-16 fighter jets. There is no comparison. At the end of the day, we see these cycles of escalation again and again, because the world doesn’t care.

Barghouti: Firstly, we are suffering from the longest occupation in modern history. Secondly, we are suffering from a well-documented system of apartheid, lately also indicated by Human Rights Watch and the Israeli human rights organisation B’Tselem. Palestinians today are not only partially subjected to occupation, but all Palestinians are subjected to the same system of racial discrimination. And thirdly, the world has not undertaken any serious steps to realise the two-state solution. The world, including Europe, has remained silent over the Israeli building of settlements, which – as we all know – is destroying every last chance of a Palestinian state. The number of illegal settlers has increased from 110.000 when the Oslo agreements were signed to 750.000 today.

The fact that Palestinian elections were again cancelled in April has also contributed to the frustration among Palestinians. What needs to change on the Palestinian side?

Barghouti: That decision was a huge mistake. As a democratic opposition party, we tried to convince Fatah not to cancel the elections. I said, if Israel prevents us from having elections in Jerusalem, we should have them anyway, despite the Israeli decision, as an act of non-violent resistance. 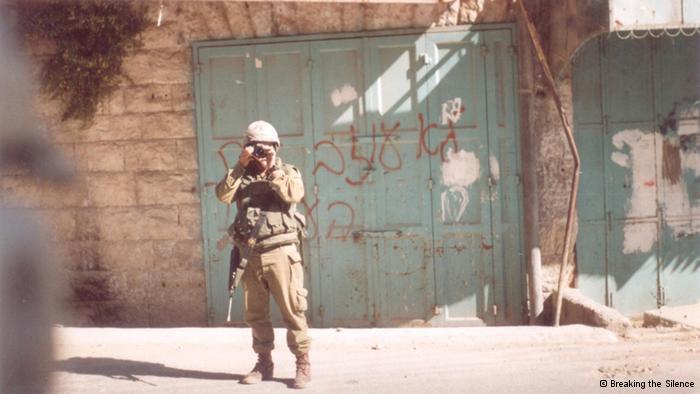 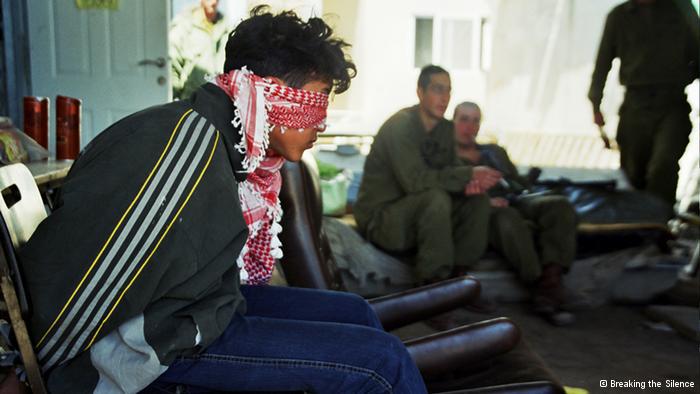 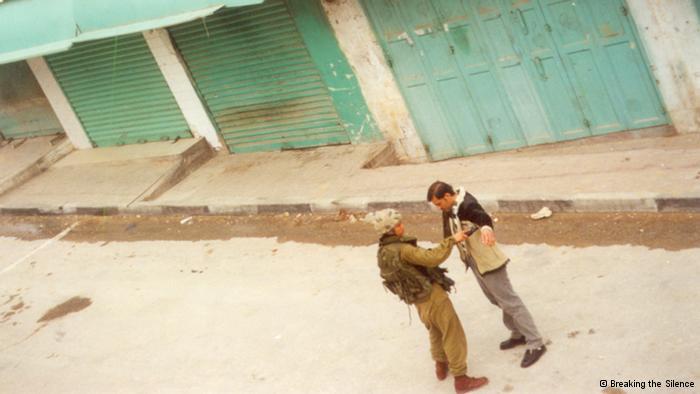 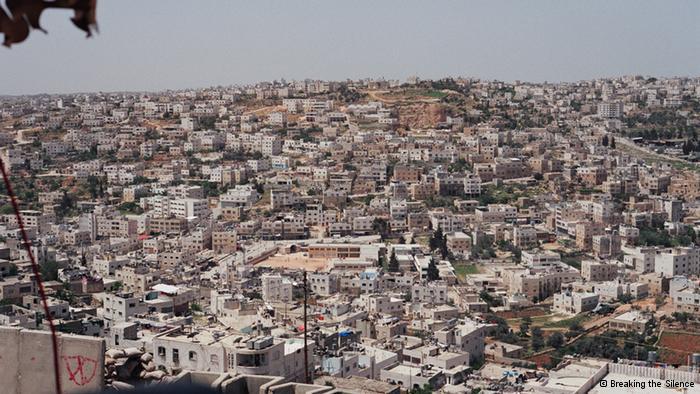 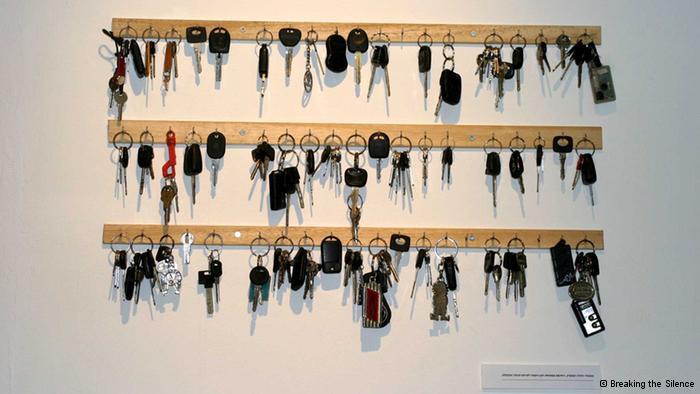 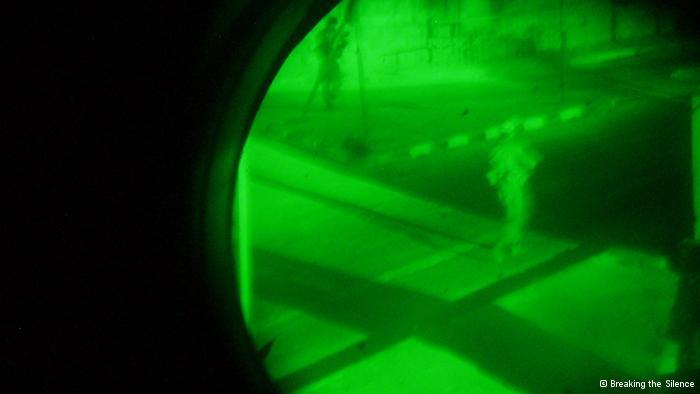 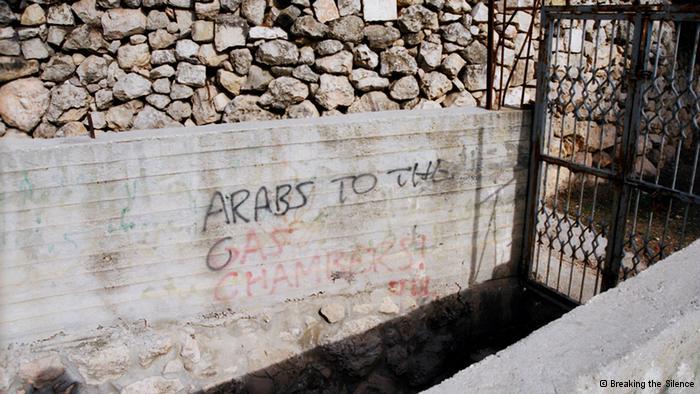 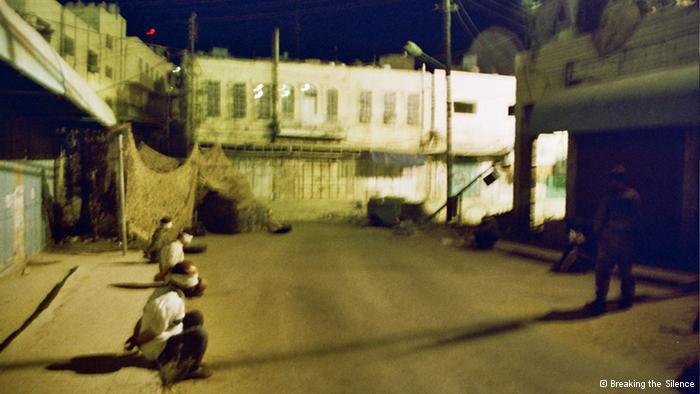 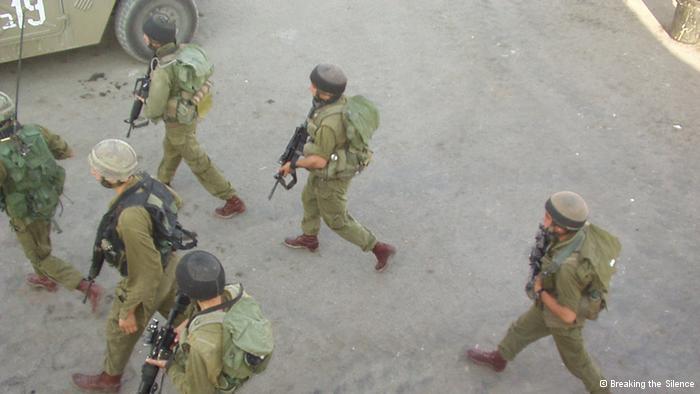 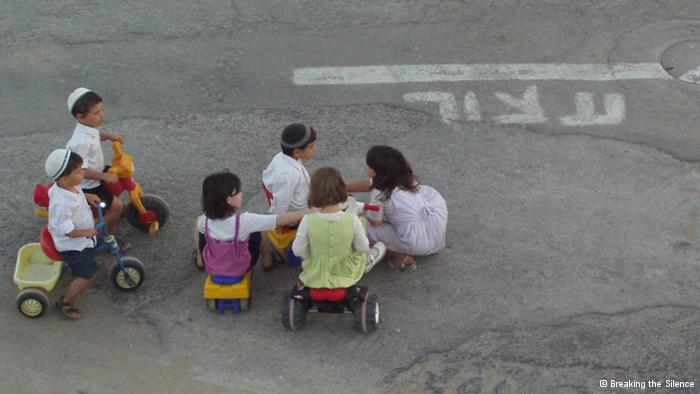 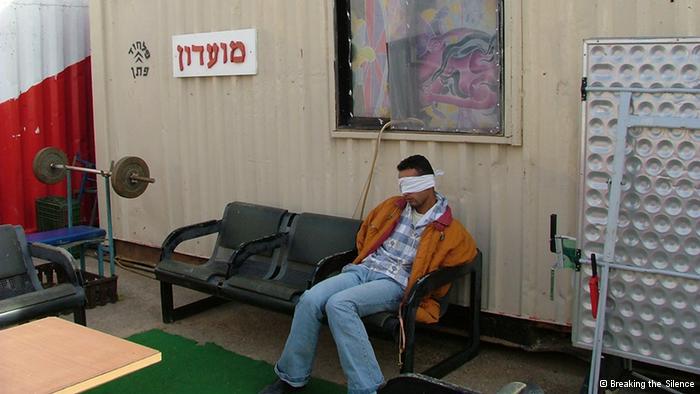 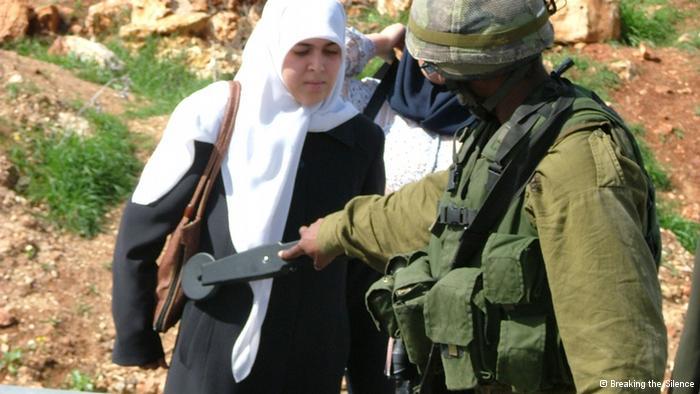 The central elections committee was already planning to distribute about 150 ballot boxes all over the neighbourhoods of East Jerusalem. I wanted the world to see Israeli soldiers preventing Palestinians from voting. But the Palestinian Authority and Mr. Abbas decided to cancel the elections. Israel not allowing elections in Jerusalem – which is true – was just an excuse.

What was the real reason?

Barghouti: They were worried about the results of elections.

That Hamas would win?

Barghouti: No. Hamas would have got more seats than Fatah, but nobody would have won a majority. We would have seen political pluralism, which would have been much better than the current situation. Palestinians need a unified leadership that can legitimately take political decisions and also choose the form of resistance that we use. We have the right to resist occupation. We have the right to resist apartheid. If you don’t want Palestinian resistance, then end the occupation. End apartheid. In my opinion, we should go back to non-violent resistance now that the military operation in Gaza has ended. That is the way to go.

A ceasefire is not a peace process. What’s needs to be done in order to restart real peace negotiations again?

Barghouti: Israel needs to do two things: stop all settlement activities without exception, and declare that it is ready to end occupation and allow a Palestinian state to be established.

Occupation of what exactly?

Barghouti: Of the occupied Palestinian territories of 1967, including East Jerusalem. That is the precondition, it’s a must.

There are parallels with South Africa. Nelson Mandela refused to negotiate until the regime accepted the 'one man, one vote' system. For negotiations to be successful we have to go in that direction. We have had 28 years of useless negotiations. Today there is no room any more for temporary or transitional agreements without knowing the end result.

The German foreign minister Heiko Maas was in Israel and Palestine on Thursday. What’s your message to the German government?

Barghouti: Firstly, Mr Maas should at least say that the occupation needs to end. Secondly, not only Germany, but all of Europe needs to recognise the state of Palestinian. If you truly support a two-state solution, why don’t you recognise Palestine? That step would alter the balance of power and make the conflict more symmetrical, which in turn would open a way for negotiations. He should also have said that Palestinians have a right to defend themselves.

Mustafa Barghouti was born in Jerusalem in 1954. In 2005, he came second as an independent candidate in the election to succeed Yasser Arafat, behind the current president of the Palestinian Authority, Mahmoud Abbas. He is chairman of the Palestinian National Initiative party.

Arabs and Jews in Israel: You can't tear us apart

Among the 24 squads at the Euros, dozens of players with African roots will turn out in the June 11-July 11 tournament. Several of them are top names at this pan-continental event ... END_OF_DOCUMENT_TOKEN_TO_BE_REPLACED

Reading Hassan Blasim's God 99 is an immersive experience of grief and exaltation, anger and disgust, writes Marcia Lynx Qualey. We join the Iraqi narrator as he sits around in ... END_OF_DOCUMENT_TOKEN_TO_BE_REPLACED

Turkey's parliamentary and presidential elections are scheduled for June 2023. But they are already casting a shadow. While the opposition is calling for early elections, ... END_OF_DOCUMENT_TOKEN_TO_BE_REPLACED

Recep Tayyip Erdogan, disappointed by the European Union’s reluctance to integrate Turkey into its ranks, has re-directed his country’s diplomacy toward the Maghreb and Africa to ... END_OF_DOCUMENT_TOKEN_TO_BE_REPLACED

A law is currently being debated in Morocco that would legalise the cultivation and export of medicinal cannabis. For many small farmers, this would bring considerable advantages ... END_OF_DOCUMENT_TOKEN_TO_BE_REPLACED

Philosopher Juergen Habermas was due to be awarded a major Arab prize in Abu Dhabi, but has turned it down following criticism. This decision torpedoes Arab efforts at a ... END_OF_DOCUMENT_TOKEN_TO_BE_REPLACED
Author:
Jannis Hagmann
Date:
Mail:
Send via mail

END_OF_DOCUMENT_TOKEN_TO_BE_REPLACED
Social media
and networks
Subscribe to our
newsletter