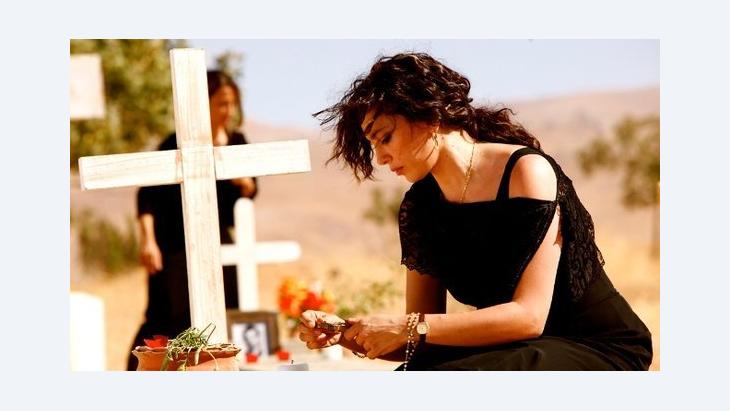 Interview with Nadine Labaki
Thinking Outside the Box

The film Where Do We Go Now? will open in cinemas across Germany this week. It is set in a remote Lebanese village where Christians and Muslims live peacefully side by side and tells the story of how the women of the village use cunning and imagination to prevent war from breaking out among their menfolk. Mona Naggar met director Nadine Labaki in Beirut

Your film Where Do We Go Now? was a great success in Lebanon. Thousands and thousands went to see the film. Where did you get the idea for this film?

Nadine Labaki: In Lebanon we had had a lengthy period of peaceful coexistence. However, practically overnight people suddenly took up their weapons and began shooting at each other. Neighbours who had lived happily side by side for years became enemies. Back then, I was pregnant with my son. I contemplated what a mother could do to prevent her son from getting involved in the war. Over time this idea developed further. It became a story about women in a village who do everything they can to stop their men from taking up arms.

In the script, how is the idea of a mother developed into a story of solidarity amongst women in a remote village?

Labaki: I found it difficult to reduce the problem to one mother, one woman, one person, who thinks and acts in a certain way and has a certain background. Therefore the idea developed into a group of women. Every woman behaves differently; some are comical, some are tragic. I had to show the complete range.

Where Do We Go Now? is a tragicomedy. There is much to laugh about, but a moment later you might find yourself crying. It's a film awash with emotions. What made you choose this genre?

Labaki: Realistically, the story and the topic are something to cry about. The things that cause war are often totally pointless. But this pointlessness, this absurdity is also what makes us laugh. It is for this reason that my film turned out the way it did, funny yet sad. I combined comical and tragic elements. Both are necessary, and I consciously trivialised the reasons for the outbreak of conflict in the village. The causes for the men's disputes are ridiculous. Real life is like that sometimes. 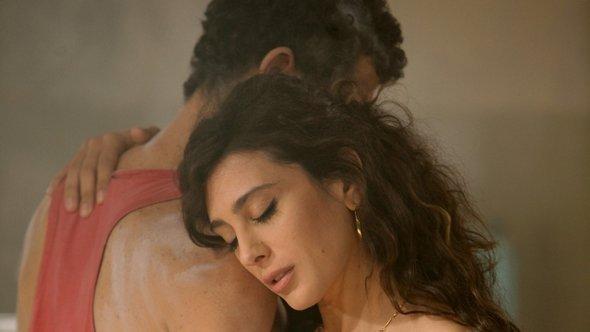 ​​Lebanon has been through a long, bloody civil war. Although this war is over, from time to time, armed conflicts still break out between different groups of the population. What are the reasons for the seemingly never-ending discord?

Labaki: I think that in Lebanon we feel more like we belong to a party, a religion or a leader rather than to the country. We feel more like Sunnis, Shias and Christians than Lebanese. So much blood has been spilled between the different groups. Furthermore, we never learned to apologise. This is why insignificant incidents lead to violence over and over again. I can understand a Lebanese father whose son has been killed, and who therefore finds it hard to forgive his enemy. The pain is unforgettable. We are not capable of sitting down face to face and admitting our mistakes. In other countries that have experienced wars, problems were solved this way. We have not yet succeeded at this.

Is that why you leave the end of the film open?

Labaki: Yes, exactly for that reason. I don't have a solution to offer. I try to dream of a solution in the film. I dream of a society in which it is possible to think differently, in which it is possible to go so far as to change into the "other". Nonetheless, this is not a solution. If Muslims become Christians and vice-versa, who says that would end the conflicts? If women were in power, who says the world would be a better place? I don't have an answer. I just try to think outside the box.

In Caramel, your first film, and in this new film too, you work with amateur actors. Why?

Labaki: As a director, I am always looking for that moment when I believe what I see. I have a problem with the kind of scenes in which an actress plays a person who is dissimilar from her. For this reason I choose people I can relate to in real life, whether they are actors or not. I don't demand that they act. They should just be themselves. I don't want to make a film, but rather to capture an authentic moment in these people's lives.

Music, singing, dancing, eating: your latest film is highly sensual. Why do you stress these elements?

Labaki: That has a lot to do with the person I am. When I go to the cinema and invest two hours of my time, I expect something in return. When I leave the theatre, I want to feel like I've been changed. Something has to touch me. Hopefully, I become aware of a problem I didn't know about before, or people I hadn't heard of before. I expect the same from my work. I try to touch people with my films, try to work with all the senses. The best moments during editing are those when I get the feeling that I have succeeded in conveying my vision.

How are comic book artists in the Arab world responding to the political situation in the region? Lena Bopp talks to illustrators Lina Ghaibeh and George Khoudry about young ... END_OF_DOCUMENT_TOKEN_TO_BE_REPLACED

The clashes in Baghdad between supporters of Muqtada al-Sadr and pro-Iranian militias show that an intra-Shia power struggle is in full swing. An analysis from Cairo by Karim El- ... END_OF_DOCUMENT_TOKEN_TO_BE_REPLACED

In this essay, renowned Lebanese journalist and writer Hazem Saghieh asks whether the Arab Levant, which stretches from Iraq in the east to Egypt in the west, will remain an ... END_OF_DOCUMENT_TOKEN_TO_BE_REPLACED

Since Ali Khamenei, Iran's most powerful man, has openly and unconditionally come out in support of Putin's war in Ukraine, logistical help is on its way, with an allegedly ... END_OF_DOCUMENT_TOKEN_TO_BE_REPLACED
Author:
Mona Naggar
Date:
Mail:
Send via mail

END_OF_DOCUMENT_TOKEN_TO_BE_REPLACED
Social media
and networks
Subscribe to our
newsletter