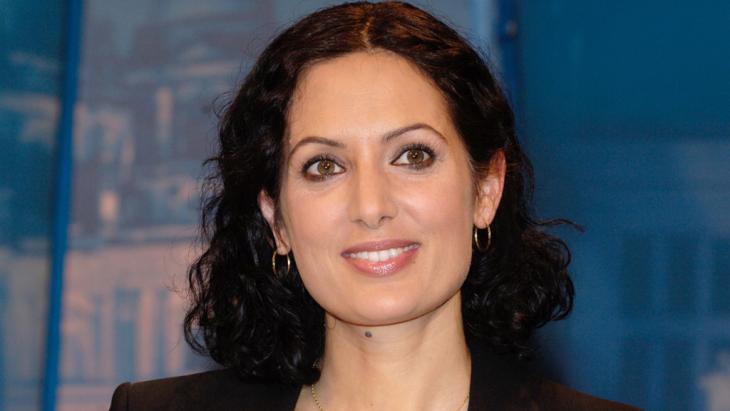 Germany's Interior Minister Thomas de Maizière has announced that the German Islam Conference will no longer concern itself with security issues. For sociologist Naika Foroutan of Berlin's Humboldt University, this is a positive sign. At last, the conference will be able to concentrate on ensuring religious equality for Muslims in Germany. Claudia Mende spoke to her

Ms Foroutan, what is your reaction to the Interior Minister's announcement that the Islam Conference will have a new focus?

Naika Foroutan: If the German Islam Conference wants to concentrate on issues that really affect Muslims, I think it's very promising. Now issues like social welfare work and Islamic pastoral care are to be pushed up the agenda. This underlines the initial aim of the Islam Conference – something that delegates lost sight of as time went by – and that is to ensure religious equality for Muslims before the law with the goal that their faith is recognised as a statutory body under public law.

What exactly is the issue here?

Foroutan: It is becoming increasingly evident that Muslims are an integral part of this society; that they are not travellers or migrants who will leave the country again at some point. This is why everyday concerns are becoming relevant, for example Islamic burials and separate cemeteries, Islamic retirement homes, nursing homes and pastoral care, also within public institutions such as the army. Then there are questions concerning the legal classification of Islamic practices such as circumcision or the slaughter of animals. Muslims would like to have legal security in such matters. These questions have nothing to do with security aspects and essentially, nothing to do with integration either.

So the conference should no longer deal with integration issues?

Foroutan: Integration issues should also be factored out of the Islam Conference. This forum was set up to promote religious equality before the law, but all too quickly, the issues were linked to questions of integration. These questions do concern us, but as part of society as a whole. This is why I am in favour of establishing a commission of inquiry to focus on these integration issues. Coupling legal matters with integration at the Islam Conference also unfortunately led people to associate Muslims and a refusal to integrate. 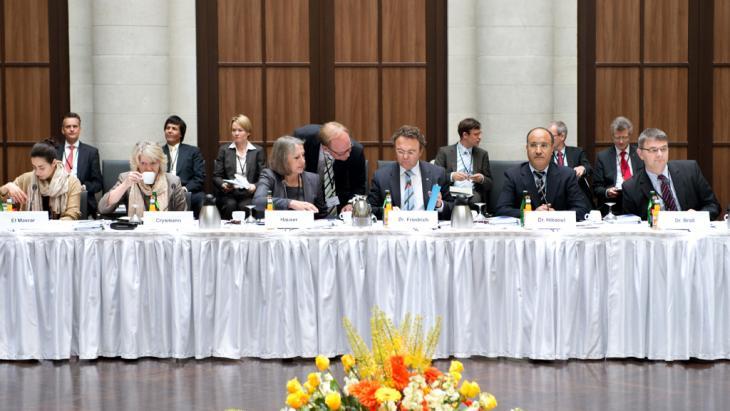 In recent years, Muslim associations have sharply criticised the direction in which the Islam Conference was moving, especially because security issues became a central issue for discussion

Interior Minister de Maizière recently said that he also wants to deal with questions that affect society as a whole at the Islam Conference. I hope it doesn't. Let us tackle such questions in parliament; they shouldn't be linked to Islam and Muslims in a forum steered by the Federal Ministry of the Interior. This only poisons perceptions.

The intention is to limit attendance at the Islam Conference to representatives of major Islamic associations. Does this not give them too much clout?

Foroutan: The Islamic associations are in a double bind in this discourse. On the one hand, for years they have been encouraged by politicians to speak with one voice, as politicians have expressed a wish to have one tangible partner.  But whenever the associations do work more closely together and present themselves as a single partner for negotiations, they quickly have to field accusations that they are too powerful.

The proposals do not foresee the involvement of individuals. Won't that mean a lack of critical views?

Foroutan: This isn't absolutely clear yet. The Ministry of the Interior plans to consult with the associations in late March on how the Islam Conference should position itself in the coming years. It could still be the case that the associations would like individuals to participate. Complaints were repeatedly made in the past about what right person x or person y had to represent the concerns of a religious community. In my view, it would be good for the conference to invite individual representatives or experts to participate in specific debates. Up to now, the Islam Conference has been more of a symbolic forum; in future, it will take on the form of an established working committee. 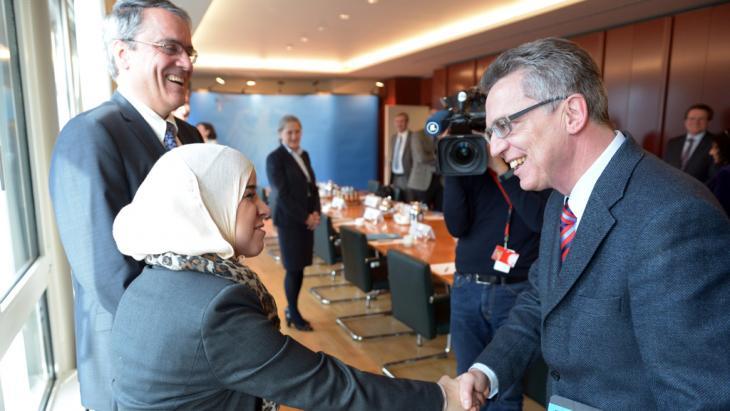 A new beginning: Germany's new Minister of the Interior, Thomas de Maizière (right) has made it clear that he would like to change the focus of the Islam Conference, moving away from security issues to concentrate instead on issues that really matter to Muslims in their everyday lives

Why does Germany need an Islam Conference at all? Some critics see it as inadmissible preferential treatment of Muslims.

Foroutan: In a modern democracy, although the majority governs, minorities also have rights. Because Muslims represent the largest religious minority in Germany with four million adherents, they must hammer out their legal status with the state. At this moment in time, they have not yet been granted recognition as a statutory body under public law, and this is a clear disadvantage. Christian churches and Jewish groups are recognised as religious communities. In the case of Muslims, only very few communities have been afforded this legal status, such as the Ahmadiyya community in the state of Hesse, for example.

What has the Islam Conference actually achieved thus far?

Foroutan: Even the fiercest critics of the forum concede that the Islam Conference has nudged useful debate on many questions. It has proposed Islamic religious studies in schools and debated questions concerning the social welfare system, independent Muslim pastoral care and an Islamic burial system. And when the first states – such as Hamburg, Hesse and Bremen – forge ahead with the legal recognition of Islam as a religious community, this will also be thanks to the Islam Conference.

Dr. Naika Foroutan is a sociologist at the Institute for Social Sciences at the Humboldt University in Berlin.

Last week Egypt's police stepped up an "unprecedented escalation" on activists by arresting a leading rights group director. Advocates on the Nile have long weathered a crackdown ... END_OF_DOCUMENT_TOKEN_TO_BE_REPLACED

What drives young men into the arms of Islamist extremists – and how can they be re-integrated into society? Five years after the deadly attacks in Paris, urgent questions remain ... END_OF_DOCUMENT_TOKEN_TO_BE_REPLACED

Austria's chancellor is seeking to criminalise "political Islam". The move would put non-violent, non-radical Muslims under blanket suspicion and is hardly helpful in the fight ... END_OF_DOCUMENT_TOKEN_TO_BE_REPLACED

Rather than suspecting Muslims in general, we need to co-operate more with Islamic scholars, Muslim congregations and associations, writes Muhammad Sameer Murtaza in his ... END_OF_DOCUMENT_TOKEN_TO_BE_REPLACED

Berlin's "House of One" project, instigated by Jews, Christians and Muslims, will finally begin to take physical shape in early 2021, following a lengthy period of preparation. ... END_OF_DOCUMENT_TOKEN_TO_BE_REPLACED

Organised by interfaith NGO Religions for Peace, an international conference in Lindau on Lake Constance is dealing with the peace-building role of women inspired by the faith of ... END_OF_DOCUMENT_TOKEN_TO_BE_REPLACED
Author:
Claudia Mende
Date:
Mail:
Send via mail

END_OF_DOCUMENT_TOKEN_TO_BE_REPLACED
Social media
and networks
Subscribe to our
newsletter