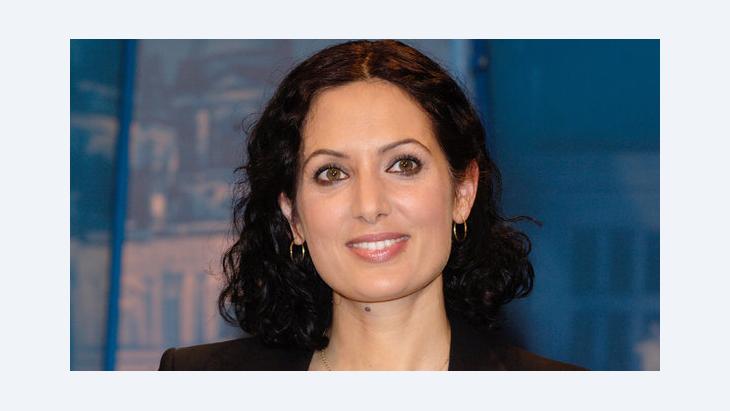 Interview with Naika Foroutan on the German Islam Conference

''Politics Is Also About Using Symbols''

﻿In an interview with Andrea Dernbach, sociologist Naika Foroutan reflects on seven years of the German Islam Conference and the role of young Muslims in Germany

For three years now, you've been working alongside the German Islam Conference (DIK) with the "Young Islam Conference" (JIK). The JIK was initially aimed at enhancing the public profile of the DIK. Has it succeeded in doing this?

Naika Foroutan: It seems as though the DIK is no longer doing much in this regard. You almost get the feeling that the interior minister wants to phase it out. There's barely any communication.

Would the end of the Conference be such a bad thing?

Foroutan: Without the DIK, we would never have been able to establish Islamic theology in universities, and progress has been made in religious teaching in schools. And we also have the DIK to thank for the review "Muslim Life in Germany" in 2009. It's interesting to note that although criticism of the DIK increases ahead of each session, even those who have left don't want to see it abolished.

What should the DIK do?

Foroutan: It should do what it was created to do, and that is to concentrate on questions of a legal-religious nature. It's been in existence for seven years now, and equality for Muslim religious communities has still not been achieved. This should be attained in the next legislative period. 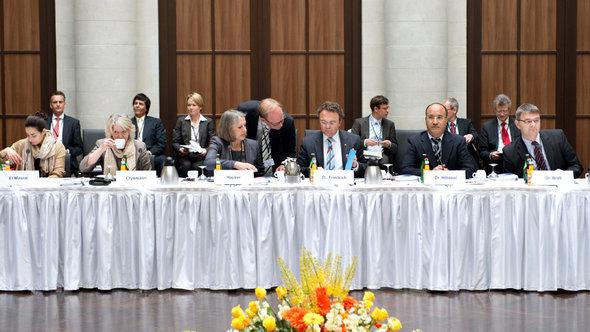 Testing times for the Islam Conference: Germany's Muslim associations are calling for a complete realignment of the German Islam Conference after parliamentary elections in September. Turkish organization Ditib spokesman Bekir Alboga said that although the dialogue is indispensable, it needs to be conducted in a different way

​​Security policy should not be on the agenda of an Islam Conference, as is the case with the current Islam Conference. There are other interior ministry departments responsible for that.

For some time now, the JIK has been afforded guest status at the DIK and as such presents proposals to the session. What suggestions did you have this time?

Foroutan: Well as I just said, we advise renewed concentration on legal-religious questions. The DIK has symbolic power and attention. If it would utilize these to make the clear statement: We want equality for Islam – then this could also take the pressure off some regional representatives in the states.

Everything else – for example, integration and security policy, issues that have dominated the DIK in recent years – should be assigned to a parliamentary committee of inquiry, so that they can be discussed with respect to society as a whole, and not just Muslims. It's striking just how many of these commissions already existed – none of them ever devoted to the immigration society issue.

You have spoken about symbols in politics. Why are they important?

Foroutan: Because the business of politics is also conducted using symbols. Many of the young people who apply to us make reference to statements such as those of former Federal President Christian Wulff, that Islam also belongs to Germany. It hasn't initially led to any substantial changes, but as a gesture of recognition, the statement was very important. 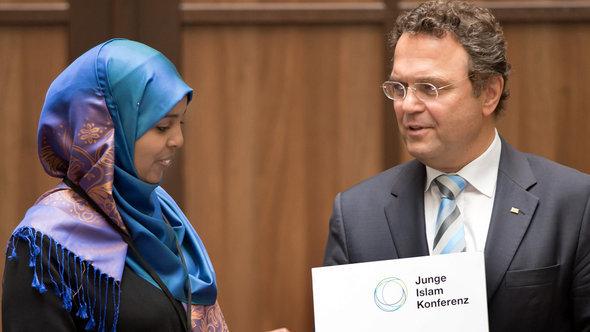 Has the multicultural society really failed? Foroutan says that if the image of a pluralist Germany is to be conveyed it is up to the DIK to inspire new momentum, in particular for young people with an immigrant background

​​Canada and the US did it decades ago: During the race riots in the 1960s, the US developed models such as the "melting pot" and the "nation of migrants" – administrative acts that became founding myths.

In Canada, the credo "Unity in Diversity" has shaped society there over a period of 30, 40 years. What we have instead for our immigration society is the sentence "multiculturalism has failed". The committee of inquiry must change this.

Can the Young Islam Conference also a play a role here?

Foroutan: Well there's certainly plenty of energy there and a younger, more self-assured view of a pluralist Germany. At the university, we can contribute our knowledge and expertise to the campaign. This is then disseminated far and wide by the Mercator Foundation (which sponsors the JIK, the ed.) together with the young participants from the Conference, via social networks, friends, families and schools.

This is how the work of the JIK is extended from the national level to the regional level in the individual states – and incidentally we're also recommending that the DIK do this. Berlin is the first state to begin the process.

That was also a lesson learned from the episode with Thilo Sarrazin and his book that claimed Muslims pose a threat to German democracy: We have to spread our message further to get people on board. We had a million facts disproving the claims of Sarrazin's book, but hardly anyone used them. The Young Islam Conference has turned out to be a very active and committed communication tool – and for us as academics, this is also a new way for us to pass on our knowledge.

Germany’s electorate includes some 7.4 million citizens with international roots, while many more millions of residents from abroad aren’t allowed to vote. Both groups are often ... END_OF_DOCUMENT_TOKEN_TO_BE_REPLACED

Germany's foreign policy is explicitly values-based. But what happens, Ralf Bosen asks, when democracy, the rule of law and human rights collide with the logic of trade and ... END_OF_DOCUMENT_TOKEN_TO_BE_REPLACED

No other Western poet was arguably so well-versed in the Koran or so fascinated by Islam as Germany's national hero, Goethe. In a new publication that examines all Goethe's ... END_OF_DOCUMENT_TOKEN_TO_BE_REPLACED

Migrants are often maligned as being responsible for Europe's problems. Yet their integration is in Europe's interest. Michael Thaidigsmann believes that a long-term vision is ... END_OF_DOCUMENT_TOKEN_TO_BE_REPLACED

How could the Afghan government and its institutions collapse so quickly? That things were going wrong in Afghanistan had been obvious for a long time, yet the West preferred to ... END_OF_DOCUMENT_TOKEN_TO_BE_REPLACED

Shida Bazyar's new novel is the literary surprise of the year. It tackles the pressing issues of our time, and yet it is timeless. This is a story of friendship, marginalisation ... END_OF_DOCUMENT_TOKEN_TO_BE_REPLACED
Author:
Andrea Dernbach
Date:
Mail:
Send via mail

END_OF_DOCUMENT_TOKEN_TO_BE_REPLACED
Social media
and networks
Subscribe to our
newsletter