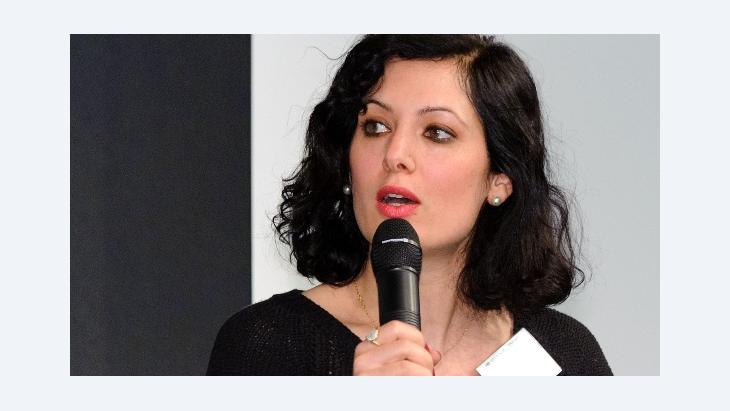 ''Young Muslims wish to play their part in shaping Germany''

﻿A new study is shedding light on the worlds in which young Muslims in Germany live. Britta Mersch talked to Naika Foroutan from the Institute of Social Sciences at Berlin's Humboldt University about its findings

"Where do you come from? How do you like living in Germany? Do you feel more German or more Turkish?" These are the sort of questions asked of young people who look different to Germans whose ancestors do not come from other countries. Does it annoy the youngsters in question when we ask them such things?

Naika Foroutan: We are at the very least making it quite clear to them that there is something foreign about them. Yet these young people are often the second or third generation of their families to live in Germany – they speak the language fluently and are well-versed in the codes and practices of everyday German life. In fact, many of them may only know their "homeland" from stories told by others.

This is the case, for example, with children of Iranian descent whose parents came to Germany in the early 1980s for political reasons. In the past 30 years, these children have never been to their "country of origin" because their parents were forced as asylum-seekers to give up their passports and are no longer able to return to their home country. 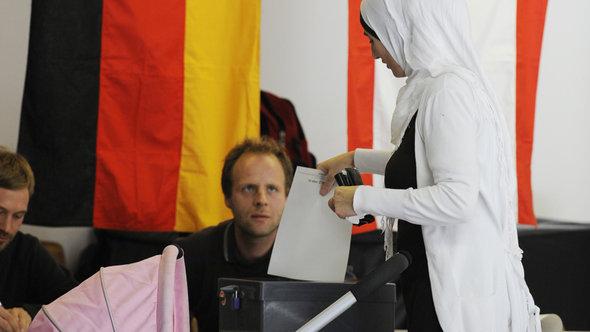 Hybrid identities: Young Germans with a migrant background combine the culture of the majority society with that of their own family – they feel that they belong to more than one cultural sphere

​​Some of these young people do indeed get annoyed when they are asked such questions because it repeatedly casts doubt on their self-perception as Germans. Others have long grown accustomed to the questions and have rooted themselves accordingly in an ethnicized identity.

Can you describe this identity?

Foroutan: Generally speaking, the youngsters in question have spent their entire identity-forming phase in Germany. They do not feel at home in their countries of origin because they are not familiar with the codes and practices of everyday life there. Nonetheless, these children have built up their own ethnic identity, one which we describe as an "invented tradition", which corresponds to the picture that German society has of these young people.

In other words, the young people are attempting a kind of balancing act between the world in which they live today and the world from which their parents or grandparents came?

Foroutan: These young people do not feel as if they are caught between two different worlds; for them, it is perfectly natural to belong to two cultures. It leads them to develop their own form of self-confidence. A colleague coined a term for this: "the third stool".

The youngsters combine the culture of the majority society with that of their own family. This gives rise to their main identity. I myself talk about hybrid identities, that is to say people who feel they belong to more than one cultural sphere.

Such terms have not yet entered into common parlance. Normally, people in Germany talk about immigrants or "people of migrant background", even though this term is controversial.

Foroutan: It is also not used entirely correctly. The term "migrant" refers only to the first generation of immigrants. Even second- and third-generation immigrants who live in Germany and have German citizenship are described as "people of migrant background". The term, however, is used particularly when we are talking about people with a specific migrant background, such as those of Turkish descent or Muslims, which is often classified as problematic.

Foroutan: One important change has been at the political level. Since 2002, Germany has officially been a country of immigration. This means that children today can acquire German citizenship if their parents live in Germany. In the past, that was only possible if their parents had German citizenship themselves. Perhaps we will also succeed as part of this process in developing terms such as those which have long been in common use in the USA.

People there do not talk about people of migrant background – they use hyphens to describe identities. In Germany, for example, we could talk about Turkish-Germans, but this usage has not yet become common practice.

There remains nonetheless the question of what scope exists for one's own traditions. Ever since the September 2001 attacks in New York, anti-Muslim tendencies have been observed in many European countries. When the mosque was built in Cologne, for instance, many local residents were opposed to it.

Foroutan: That is part of the problem. Society must learn to deal with such things. We live in a democracy based on the rule of law in which freedom of religion prevails. The building of a mosque is an emancipatory symbol that states: we belong and also have a right to practise our religion. 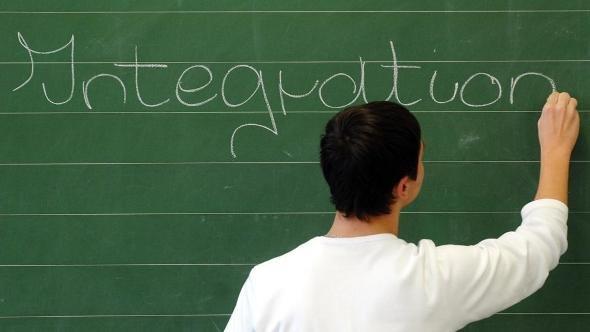 "We live here, this is our country, and we wish to play our part in shaping it." Naika Foroutan says she is optimistic about integration processes in Germany

​​For many years, people would pray in small mosques hidden away behind buildings – a clear sign that one has not really arrived. Building a mosque, however, is a signal – it says "we live here, this is our country, and we wish to play our part in shaping it". I find it completely normal that this should sometimes cause frictions.

You mean that we are on the right track?

Foroutan: I am optimistic that the transformation process will be a success. What becomes more problematic, however, is when something risks drifting off-track. In the past few days a number of letters from various associations have landed on my desk – they see ethnic integration as a threat and want to see all "foreigners" expelled from Germany. Such movements are on the increase.

On the other hand, we experience provocation from fundamental Salafi Islamic movements – though by comparison there are far fewer of them. When we look at the fragmentations and alienations which exist, we can see that many conflicts still lie ahead of us for which we will need to find solutions.

What can be done to counteract this? Is this a job for politicians? Or for academics?

Foroutan: It is a job for all of us. We need alliance partners who change our visions of what it means to belong. They can be found in politics, in academia and in the media – but also in sports clubs and schools. Many children and young people are given the impression that they do not belong and are not wanted here. Once these prejudices have been eliminated, we will also succeed in developing a common language. One way would be to say "just a few decades ago, we worked together to rebuild a completely destroyed country. Let's continue down this path".

Dr Naika Foroutan works at the Institute of Social Sciences at the Humboldt University in Berlin, where she heads a research project funded by the Volkswagen Foundation: Hybrid European-Moslem Identity Models (HEYMAT)

The change in U.S. president is also having an impact on the conflict between Turkey and Greece. Since the USA has started to play the Greek card, the strategic situation in the ... END_OF_DOCUMENT_TOKEN_TO_BE_REPLACED

Years ago, the International Holocaust Remembrance Alliance formulated how hatred of Jews can be recognised. Now a new definition is causing controversy. By Sarah Judith Hofmann END_OF_DOCUMENT_TOKEN_TO_BE_REPLACED

On 15 June, the "Islamkolleg" in Osnabruck officially launched its new training programme for imams in German. The college is intended to prepare Islamic theologians for their ... END_OF_DOCUMENT_TOKEN_TO_BE_REPLACED

For centuries, the great classical Persian author Hafez has inspired German writers. Translations, adaptions and homages have been created in his wake, and the process continues ... END_OF_DOCUMENT_TOKEN_TO_BE_REPLACED

Business in the Moroccan city of Tangiers is booming due to its location at the nexus of global trade routes. But many locals are failing to reap the benefits. What they crave ... END_OF_DOCUMENT_TOKEN_TO_BE_REPLACED
Author:
Britta Mersch
Date:
Mail:
Send via mail

END_OF_DOCUMENT_TOKEN_TO_BE_REPLACED
Social media
and networks
Subscribe to our
newsletter