Leading Islamic reformist and literary scholar, Nasr Hamid Abu Zaid, believes that individual freedom is an essential prerequisite to faith. Everyone, therefore, also has the right to convert to another faith. He talked to Erhard Brunn about some of his ideas 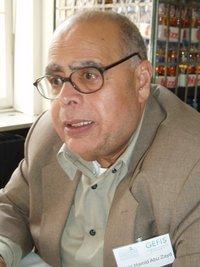 The relationship between the Muslim and the non-Muslim worlds is one that is deeper and more historical than we think, believes Abu Zaid

​​The question of what the Muslim attitude to violence is still one that very much preoccupies the West. You recently pointed out that recourse to the Koranic suras is totally misleading in today's context…

Abu Zaid: Of course, the Koran sometimes uses very strong language in its exhortations to fight. Researchers have to question why the Koran employs such strong, persuasive language in this case. The context is crucial here. The Arabs who believed in Mohammed were to be convinced of the need to fight against their own families and, in so doing, to gainsay the pre-Islamic tradition.

So it was forbidden for an individual to fight against his own tribe. But the arrival of Mohammed as prophet drew so many members of various tribes to him. When the time came for them to defend their new community, the threat came from their own tribes. The uncompromising tone of the Koran is understandable here.

Islam was not born out of a world empire; it arose from a world of tribal tradition, tribal laws and pagan rules. Blood bonds and tribal ties did not hold the new community together. They came, after all, from many different tribes. They came together into a new kind of tribe, one that from the beginning was locked in conflict with other tribes. They had to defend themselves. All of this formed the Koran. The Koran is very much a product of its formative influences.

Nasr Hamid Abu Zaid: "We cannot understand the Koran without knowledge of the historical background."

​​This is why we cannot understand the Koran without knowledge of the historical background. These people did not follow a new spiritual leader in order to fight. They had somehow fallen out of the tribal system. But in the end they had to fight.

You have referred several times to the interpretation of the Koran by John of Damascus. This important churchman in the early Islamic period pointed to a number of things in Islam that he regarded as contradictory. What does this 8th century Christian theologian have to say to us today with regard to the Koran exegesis?

Abu Zaid: The first lesson as I understood it from my first reading of his provocative analysis of the Koran was this: this is an 8th century polemical debate, but one which was nevertheless very productive, because the early Islamic theologists saw the questions raised by John as a challenge, not as a threat.

The relevance for me of all these provocative challenges within the anti-Islamic discourse today, such as the Mohammed cartoons or films like "Fitna" or "Submission", is that I always try to get other Muslims to see them as a challenge also. After all, nothing can really threaten great civilisations which have survived for centuries during which they have developed very differing political systems – from the tribal to the imperial, from nation state to global order.

John of Damascus wasn't trying to spur Islamic theologians on to greater things. All he did was to show the relationship between the Muslim and the non-Muslim world, a relationship that was deeper and more historical than we realise. The idea of two separate worlds divided from one another is wrong. Such worlds have never existed.

What was it that made Islam a great civilisation?

Abu Zaid: It was the way in which it interacted with other cultures, the worldwide cultural exchange which was already well established by the end of the 7th and beginning of the 8th centuries and which was carried on via Spain and Sicily. Just think of the Islamic philosophy and scholarship that was translated into Latin. 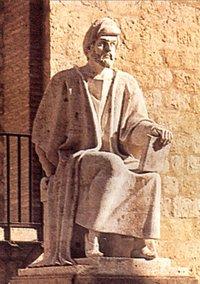 "The famous Arab-Spanish philosopher Averroes was condemned. Nevertheless, despite that, his ideas have spread through the West."

​​Civilisations are like waves – always in movement: coming from Africa or the old Iraq, to Greece and from there to the Middle East. There was the Hellenistic period, when Alexander the Great tried to spread his rule through the entire region. Then came the Islamic civilisation. And finally the Renaissance and the modern Western civilisation. This type of exchange, which emphasises the importance of dialogue between the civilisations and religions, began in the 7th century.

Abu Zaid: Exactly. That is also an important argument against the idea that, from a Muslim point of view, conversion to a different faith is not possible. Once a Muslim – says the prevailing opinion among Islamic scholars – always a Muslim. Or you have to make yourself scarce.

I believe that the prophet's invitation to the people to follow him in their faith is based upon the assumption of their freedom to choose. People who do not have a free choice do not need to be invited, after all. The basic right of every person to follow a new spiritual leader should be ensured by his also having the opportunity to change his mind again.

You mentioned the wave-like movements in the global historical process, the at times very creative and dynamic periods of the Muslim world. But at some point around the 14th or 15th century this vitality seems to have disappeared. Why do you think this happened?

Abu Zaid: I do not agree entirely with what you are saying. If you compare Islamic thought of the 15th, 16th or 17th centuries with the developments in Islamic thought in the 18th and 19th centuries you will discover a great diversity of ideas. The problem is that some people tend to have rather fixed ideas about Arabs. They cannot even distinguish between places as different as Tunisia and Saudi Arabia. They see Islam as fixed, unchanging, which just is not the case. There is a change underway in the Muslim world, a reformation. It began at the end of the 19th century and continued through the 20th. It has gone through highs and lows.

But you see yourself as a victim of these changes?

Abu Zaid: Yes, I am a victim. But I am also a witness to the changes that are taking place, in spite – as in my own case – of all the terrible things that have happened. The famous Arab-Spanish philosopher Averroes was condemned. Nevertheless, despite that, his ideas have spread through the West, they went via Syria, were translated into Latin and formed the foundation of the church at that time. We must always pay attention to context – both local and international. We mustn't forget that the Christian world, too, has condemned many thinkers. Nevertheless, there, too, an internal dynamism was set in motion.

Prof. Abu Zaid was born near the city of Tanta, Egypt, in 1943. After studying Arabic at the University of Cairo, he was appointed associate professor at the Institute of Arabic Language and Literature in 1987. His study of the Koran, in which he analyses the history of its formation, sparked a fiercely controversial reaction. Accused of apostasy by religious hardliners, he was forced to divorce his wife and, finally, to leave Egypt. Abu Zaid has been teaching in Leyden, in the Netherlands, since 2004.

Nasr Hamid Abu Zayd
"Modernity, Democracy Are Only for the Privileged"
The Egyptian scholar Hamid Abu Zayd criticizes the age-old border between the wealthy North and the impoverished South. It still exists, despite globalisation. Universal human values, however, cannot be a privilege restricted to the West

END_OF_DOCUMENT_TOKEN_TO_BE_REPLACED
Social media
and networks
Subscribe to our
newsletter