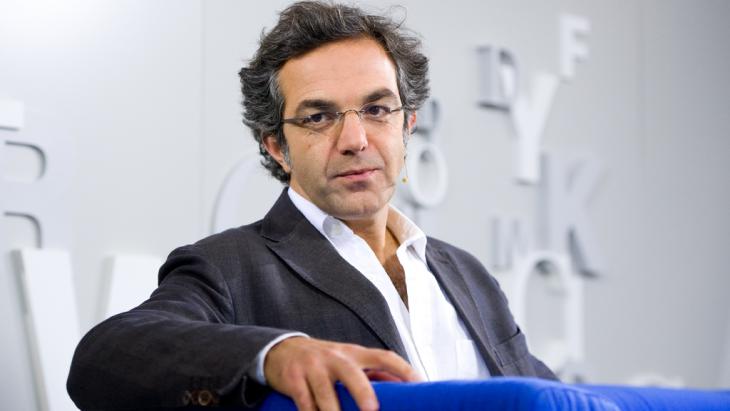 German-Iranian writer and Islamic studies expert Navid Kermani, who was awarded the German Book Trade′s Peace Prize in Oktober 2015 is one of Germany's most compelling thinkers. In an interview with Catherine Newmark, he speaks about literature und politics, the threat to freedom and the future of Europe

Mr Kermani, your activities are quite diverse: you are an Orientalist, novelist, travel reporter ... How does all that fit together?

Navid Kermani: With a few exceptions, all my activities can be traced back to literature. In my fiction as well as in my academic writing and journalism, I always reach for books, whether non-fiction or fiction.

Take your political reports from regions of war or conflict, for example, such as your recent journey along the refugee trail – published as ″Einbruch der Wirklichkeit″. Isn′t the technique you use simply completely different than that of sitting at your desk and writing fiction or academic essays?

Kermani: Of course, travel features are a genre in their own right. They are always very short journeys for which I need to be very well prepared – I may actually be travelling for a mere ten days or two weeks. For my latest book it was only eight days, but they were eight days of pure experience. If I had stayed longer, I would have quickly exhausted my perceptive capacities; then I would have had to stay for several months in order to delve deeper into the material.

The next stage, the writing process, does not really differ significantly from any other writing activity. You constantly reflect on experiences, giving shape to the chaos of reality while attempting to preserve contradictions and nuances. And I never leave myself out in my reports. They are not neutral observations. These are my eyes; other eyes would see things differently.

It seems that even when you express yourself politically, the literary tradition is almost always your reference when writing. For example, not many would link an analysis of terrorism to Lessing...

Kermani: That may well be. Alongside all the political non-fiction, however, my library also features the classics of literature. Sometimes I′ll read something in the morning newspaper that I associate with Lessing. I differ from many of my generation in that my literary influences are all pre-war – the literature of the eighteenth and nineteenth centuries. Naturally, I understand that after 1945 the post-war generation had to distance itself from the pathos that resonated in German literature, from this metaphysical reference. 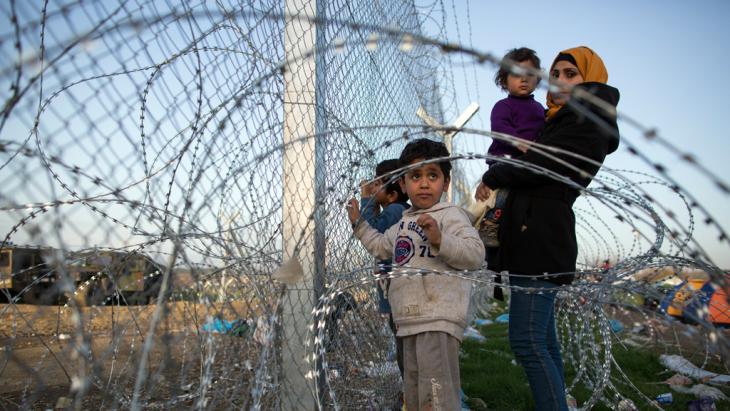 Fortress Europe: "We are now in a position to observe the discourse and, unfortunately, how the practice of exclusion is rearing its ugly head wherever the nation state regains power, from Poland to Hungary to the right-wing nationalist parties in Germany and France," says Navid Kermani

Does this pathos, which you occasionally appropriate, also stand for something specific: for an idea of German culture that is not tied to a German nation?

Kermani: Absolutely. Of course, someone like Kleist had his nationalistic tendencies, but in its breadth, German literature before the twentieth century did not identify itself with the German nation, just as my point of reference is the German or, to be exact, the German-speaking culture and not the German nation.

In addition to a penchant for literary pathos, you seem to have inherited an attitude of moderate reason from the age of the Enlightenment, a moderate and humane attitude that neither glosses over nor demonises things. Don′t you despair sometimes, today in particular, over the ever more radical extremes in the anti-culture of public debate, fuelled by the crude tone often used on the Internet and in social media?

Kermani: Public debate has indeed become very loud and very unproductive in many ways. But I think there are also hopeful examples that demonstrate the opposite. For instance, in January when we published the ″Kolner Botschaft″, an open letter against sexual violence and against xenophobic agitation, the response was overwhelming. For days the ″Kolner Stadtanzeiger″ published whole pages of letters from readers, 90 percent of which were positive, or at least very objective and differentiated. That certainly had to do with the fact that there was no online comments function – you either had to send a letter, an email or a fax, or you could call at the times indicated in order to talk to the editors.

The readers responded constructively, were grateful that we had expressed certain difficult things, yet in a tone that made it possible to discuss them. As a result people were also able to express their sense of helplessness. I think this is a good example of how we can trigger constructive debate at least at a local level: simply by outwitting the medium of the Internet with its fully unleashed, unrestrained and largely mindless debates. 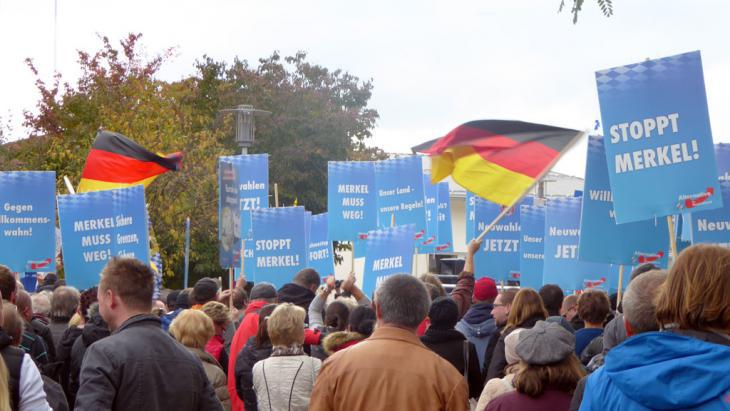 Speaking of helplessness, how, in the face of the massive wave of immigration we are presently experiencing, can Germany remain – or perhaps become – a tolerant, multicultural, multi-religious society?

Kermani: I have no simple solutions. On the one hand, there are the small-scale everyday activities at a local level. On the other, national politics. I am convinced that we can only succeed if we remain European in an emphatic sense. What we should have learned from the twentieth century – most recently in the Balkan Wars and right now in the Middle East – is that the tolerance of the modern European nation state is very fragile.

It is a model that inherently amounts to the ethnic definition of a nation state and therefore the definition of those who allegedly do not belong. We are now in a position to observe the discourse and, unfortunately, how the practice of exclusion is rearing its ugly head wherever the nation state regains power, from Poland to Hungary to the right-wing nationalist parties in Germany and France. Europe has not abolished the differences – that would be terrible – it preserves national cultures, languages, traditions, but it defuses the differences at a political level.

At present, however, Europe not only lacks the idealistic terms of reference, but also quite tangibly the ability to act politically.

Kermani: Yes, unfortunately. But the two go together. Maybe in the EU smaller alliances will have to be formed again to create the ability to act. A two-speed Europe, that′s not an outlandish idea... But what I hope is that the present generation, which has grown up in prosperity, freedom and peace, with Europe, democracy and human rights as a matter of course – that this generation will once again see and feel more clearly how very much we all need Europe.

Given this new wave of nationalism, not to mention the growing misery on our doorstep, Europe desperately needs another social boost. We cannot always expect this to come from above, however: it has to come from the citizens themselves. For it is now quite clear what kind of society those who reject the European project want to live in. Viktor Orban, Marine Le Pen and the AFD pose more of a threat to our solidarity, our liberty and our openness to all ways of life – and not merely to foreign cultures – than any number of refugees

Dalia Hatuqa is an experienced journalist who has reported on the Israeli-Palestinian conflict from Ramallah, Washington DC and Amman. A writer for Time Magazine, Foreign Affairs ... END_OF_DOCUMENT_TOKEN_TO_BE_REPLACED

Since President Abdul Fattah al-Sisi seized power in Egypt in 2013, he has ruled the country with an iron fist. Civil society, opposition and free press struggle to survive. Tens ... END_OF_DOCUMENT_TOKEN_TO_BE_REPLACED

Many Turks are dissatisfied with the international status of their country. At the same time, opinion polls reveal great scepticism among the Turkish population towards the USA. ... END_OF_DOCUMENT_TOKEN_TO_BE_REPLACED

The German government is planning to legalise cannabis before the end of this legislative period. So what does Islam have to say about its consumption? Will changing the law alter ... END_OF_DOCUMENT_TOKEN_TO_BE_REPLACED

END_OF_DOCUMENT_TOKEN_TO_BE_REPLACED
Social media
and networks
Subscribe to our
newsletter