"I Am an Integration Objector"

Gettopump, Urban Guerillas, Black Virgins: These are the names of some of the film and theatre projects of Neco Celik, a German director of Turkish descent. A German daily dubbed him the German Spike Lee – a reputation confirmed the New York Times. Nimet Seker met him in Berlin Kreuzberg

Gettopump, Urban Guerillas, Black Virgins: These are the names of some of the film and theatre projects of Neco Celik, a German director of Turkish descent. A German daily dubbed him the German Spike Lee – a reputation confirmed the New York Times. Nimet Seker met him in Berlin Kreuzberg 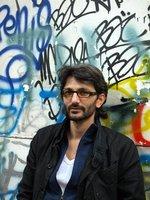 ​​You are one of the few directors of Turkish descent in Germany. As a Turk, do you feel integrated?

Celik: Integrated? The first time I heard the word was in the 1990s. If you want to know the exact truth, I am an integration objector. No one can tell me how I should live and behave. That is for me to determine. Period.

Does the concept of integration then determine how a German-Turk should live?

Celik: It seems to me that you don't really know yourself what you want to express here. Until now, no one has said exactly where integration ends or at what point someone has finally made it. So where does integration begin and end? To me, the word is like a bar of soap – it always slips away. This is why I don't worry about integration. Of course, it is important that if you can't speak German, then your radius is limited in Germany – that's clear. Many politicians use the word to say just about anything and everything. If they would say, "You have to internalize another culture," then there would be something we could discuss. But they don't say anything. They just keep Germany hanging.

So you don't talk about this with Germans anymore?

Celik: Sure, I talk. But when journalists want to reduce me to my Turkish descent, then I ignore it. You have to show people that it doesn't matter where your parents come from, but rather what you as an individual can do.

Are all your films and theatre productions set in immigrant milieus?

Celik: No, that is not the case. I don't tell stories about immigrants. My stories are about people living through some particular experience or who have a certain problem that has to be resolved in Germany. This problem has nothing to do with integration, immigration, or any other culture. I would never tell an immigrant story. But this is where it gets difficult. The public sees a character with dark hair and assumes they're an immigrant. Therefore, I must be telling only immigrant stories.

You have produced two theatre pieces with the writing team of Feridun Zaimoglu and Günter Senkel. What is Zaimoglu's Romeo and Juliet about?

Celik: It is actually the classical work (of Shakespeare, the ed.). Feridun only made the Capulets into Christians and the Montagues into Muslims. In the original, there is no religious conflict – the families simply hate each other. Here, the hate is based upon religion. They hate each other because they adhere to different faiths and are convinced that their own culture is superior to the other. And in the middle of all of this, their children fall in love. Something has to burn. It is very provocative and it should be. The public liked it – the press didn't.

How was your piece Schwarze Jungfrauen (Black Virgins) received?

Celik: It went off like a bomb. I think it was just too demanding for the public. They probably never heard anything like it. That is what is special about Feridun. His language is full of powerful imagery. He is brilliant at employing the German language to convey his images and stories. Schwarze Jungfrauen was also successful, because shock wasn’t portrayed in a single situation, but was let loose by the avowals to individuality on the stage. That was very powerful.

The piece stands in stark contrast to what might be described as a "cosy dialogue." Did some of the audience find it perhaps too provocative?

Celik: There were very fierce reactions in discussions with the public. I had never before heard or seen anything so xenophobic. First came questions like, "Why did you perform something like this in our theatres?" Where did they get the idea that these were "their" theatres? Theatres are subsidized with our money, from your taxes and mine. And then came the idea that the actors playing the characters in the piece weren't really actors, but were actually the women portrayed. Others were even oblivious to the fact that it was a work of theatre. And this is what we call an educated public?

Were there Muslim women in the audience?

Celik: Unfortunately, you could count them on one hand. They just don't go to the theatre and this is a shame. And why don't they go to the theatre? It is just not a part of their culture. Our parents didn't provide us with an example. The German educated public goes to the theatre as if they were going to Church. During my production of "Ausgegrenzt" (Sidelined) by Xavier Durringer, a piece about the banlieues, they were simply flabbergasted. They simply didn't understand a thing. This was because it wasn't their world or their perspective. And I find this a good thing. The audience was confronted with an aesthetic that they never encountered before in their lives.

Why are artists of Turkish descent suddenly interesting?

Celik: We possess that certain something. We simply have the advantage over those of German descent. It used to be drummed into our heads that our origins placed us at a disadvantage. This was until we and they both realized that we hold the upper hand. Now they're left holding the bad hand and have to make out with only one culture. I have heard many parents say that their children ask them if they have another cultural background. They see other children at school who can speak two languages, while they can't.

Yet, there still tend to be more problems with immigrant children, such as the problem with violence at the Rütli School in the Berlin district of Neukölln.

Celik: First of all, more asocial Germans live in Neukölln than asocial Turks or Arabs. And there are more crazy Germans at the Rütli School than crazy foreigners. It really is maddening – why should our underclass be worse than theirs? That's outrageous. They tell us, "Why don't you have any doctors or lawyers, why aren't you all academics?" You should try going up to your German underclass and ask, "Why aren't you all academics?"

What is the next project you have lined up?

Celik: The most significant upcoming work is Nathan Messias by Feridun Zaimoglu and Günter Senkel. It transports Lessing's tale into the present. Nathan comes and proclaims to all three religions that they are no longer valid and that they should follow him. This unites all three religions in an attempt to kill Nathan. The whole of Jerusalem is in an uproar. Feridun describes a time in which the priests hold the power, although they don't even believe in their own religions.

"Intercultural Mainstreaming"
A Plea for the Intercultural Opening of Society
The institutions of "highbrow culture" in Germany have hitherto hardly recognised the fact that the composition of society has changed, writes Mark Terkessidis in his commentary

Cultural Globalization
Cultures on the Move
Migration has changed the cultural landscape of the Federal Republic permanently. The German-Turkish youth culture in Berlin is just one of many examples. Regina Römhild reports

Germany’s electorate includes some 7.4 million citizens with international roots, while many more millions of residents from abroad aren’t allowed to vote. Both groups are often ... END_OF_DOCUMENT_TOKEN_TO_BE_REPLACED

Germany's foreign policy is explicitly values-based. But what happens, Ralf Bosen asks, when democracy, the rule of law and human rights collide with the logic of trade and ... END_OF_DOCUMENT_TOKEN_TO_BE_REPLACED

Migrants are often maligned as being responsible for Europe's problems. Yet their integration is in Europe's interest. Michael Thaidigsmann believes that a long-term vision is ... END_OF_DOCUMENT_TOKEN_TO_BE_REPLACED

Shida Bazyar's new novel is the literary surprise of the year. It tackles the pressing issues of our time, and yet it is timeless. This is a story of friendship, marginalisation ... END_OF_DOCUMENT_TOKEN_TO_BE_REPLACED

Some companies in Germany are reluctant to hire Muslims. But it is not only the Muslim applicants who are losing out, so too are the companies. After all, there are multiple ... END_OF_DOCUMENT_TOKEN_TO_BE_REPLACED

Ayaan Hirsi Ali’s new book "Prey" claims to examine how Muslim immigration threatens the rights of Western women. Indeed the injustices women face only seem to matter to her when ... END_OF_DOCUMENT_TOKEN_TO_BE_REPLACED
Date:
Mail:
Send via mail

END_OF_DOCUMENT_TOKEN_TO_BE_REPLACED
Social media
and networks
Subscribe to our
newsletter