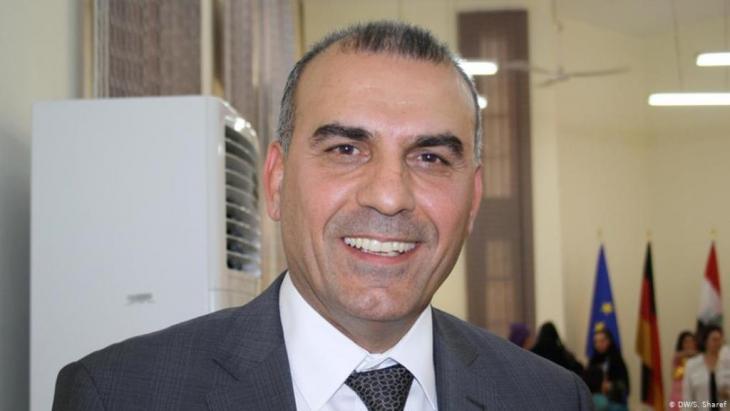 For 12 years, Nihad Salim Qoja was the mayor of Erbil, capital of the autonomous Kurdish regions of Iraq. Christopher Resch spoke to the local politician in Erbil about the future of his city and the current political problems in Iraq

Mr Qoja, your responsibilities today include the restoration of the citadel on a hill in the centre of Erbil, one of the longest continuously inhabited places in the world. The citadel was included on the UNESCO world cultural heritage list in 2014. How do you plan to preserve this heritage?

Nihad Salim Qoja: We put together a master plan for the citadel, but we’ve not managed to restore very much over the last five years. Firstly due to the war against Islamic State (IS) and then because we lacked the funds. By the end of 2020 we plan to finish the infrastructure, so sewage system, water, Internet and electricity. Then we’ll move on to establishing culture centres, restaurants and coffee shops. The old bathhouse, the hammam, is being restored and should be opening soon. Because the citadel is the oldest continually occupied site in the world, there’s a family living there as a symbol. In the future, there’ll be families living in between 40 and 50 houses, as well as houses for painters and other artists.

What’s the symbolic significance of the citadel for the Kurds?

Qoja: I take a different view: the citadel is a cultural legacy of humanity as a whole. Many different peoples have lived there. We’ve inherited this culture and we intend to retain and support this strong sense of coexistence. That is the symbolic significance of the citadel and its impact is pronounced: Erbil is famous in the region for being the city where all peoples and religions live alongside one another.

Erbil is just 80 kilometres from the city of Mosul, controlled by IS terrorists from 2014 to 2017. What was the impact of this? 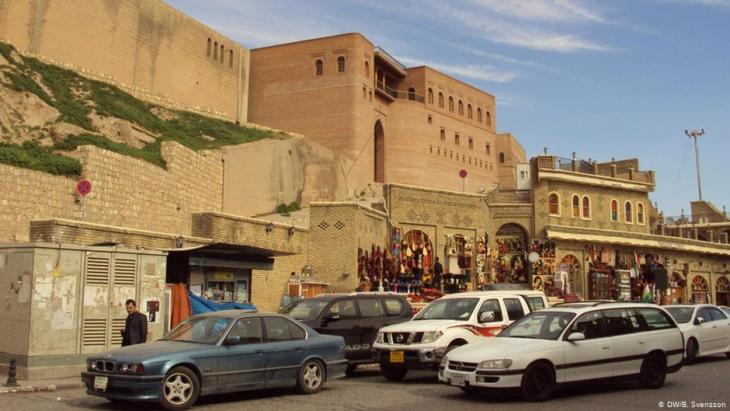 Master plan for the citadel of Erbil: due to the war against IS and lack of financial resources, little restoration has been possible in the last five years, reports Nihad Salim Qoja. Nevertheless, completion of the infrastructure, i.e. sewerage, water, Internet and electricity, is planned by the end of 2020. After that, cultural centres, restaurants and coffee houses are to be built. The old bath, the hammam, is also to be restored and will soon start operating, according to Qoja

Qoja: Erbil accepted many refugees; that was a huge challenge for us. But I can give you an example of how the city dealt with it. When the first wave of refugees came at the start of the crisis, it was midnight, and without any prompting the markets opened to supply the families with food, milk, nappies for the children and other things.

The refugee numbers have barely gone down. What’s the situation at the moment?

Qoja: We’ve still got around 450,000 refugees. Many refugees from central and southern Iraq have also been living in Erbil for 10 years. They won’t be going back, they’ve bought houses here, their children go to school here, they’ve become a part of the city. And that’s an asset for the city of Erbil, culturally, financially and just generally. As the people of Erbil we’re proud of that, it’s part of our history. In Erbil, no one cares about skin colour or religion.

How does Kurdistan view the protests in Baghdad and the cities of southern Iraq?

Qoja: There’ve been huge differences between the region of Kurdistan and the rest of Iraq since 2003. Reconstruction began here in 2004, Kurdish towns are flourishing. In the rest of Iraq, the government in Baghdad hasn’t managed to rebuild anything – on the contrary. We understand why people are taking to the streets, they have every right to do so. They have our full support. Most young people are unemployed, they want to lead a decent life in their own country. Iraq is a wealthy nation; everyone wonders where the money’s going. Hospitals, schools, culture centres, social institutions are in a ramshackle state, and that shouldn’t be happening in Iraq.

Corruption is one of the most urgent problems facing Iraq.

Qoja: Of course. We in the Kurdistan region don’t dispute that there’s also some corruption here, but it’s on a monstrous scale in the rest of Iraq. The people of Iraq want to govern their own country. Everyone knows that Iran has been pulling the strings in Iraq for over 10 years. To this day, no prime minister has assumed power without Iran’s agreement. And that situation must end. We’re the ones who should be running our country. 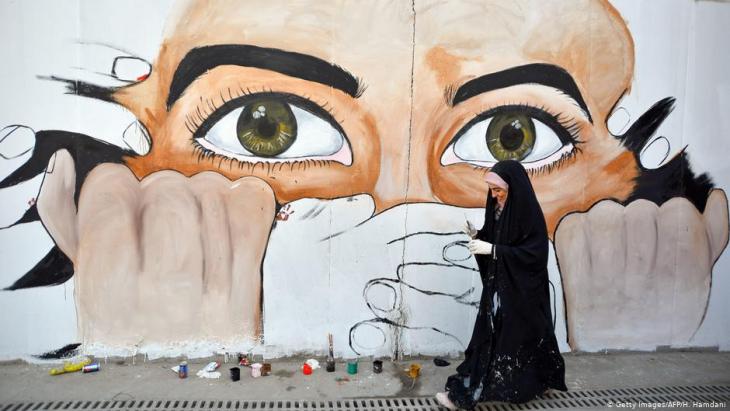 Protests against paternalism, political heteronomy and nepotism: "We in the Kurdistan region don’t dispute that there’s also some corruption here, but it’s on a monstrous scale in the rest of Iraq,ʺ says Qoja. ʺThe people of Iraq want to govern their own country. Everyone knows that Iran has been pulling the strings in Iraq for over 10 yearsʺ

Qoja: That’s not something you can put a timeframe on. But people’s willingness to risk their lives for their own dignity and right to self-determination is a sign that Iranian hegemony in Iraq will come to an end. Sooner or later.

Many demonstrators are talking about finally overcoming the divisions between Sunnis and Shias; they want a united Iraq. So are such calls clearly directed against Iranian influence?

Yes, of course. It’s a fact that Iranian influence in Kurdish territories isn’t as strong as in the rest of Iraq. But here too, each and every citizen wants the Iranians to leave Iraq in peace, so that the Iraqi people can make their own decisions about what they want.

Are you hoping for something from Germany?

Qoja: As far as I know, Germany provided a great deal of support to Iraq after 2003, in Kurdish regions in particular. But it wasn’t just Germany that curtailed the influence of Iran by strengthening Iraqi institutions and helping to develop these, other democratic nations were also involved. It is our wish that Germany continue to support new developments in Iraq. Politically too, Germany should be robustly represented in Iraq and be more involved in the country’s development than it has been so far.

Is that one of the mistakes that was made?

Qoja: There hasn’t been enough participation. I am of course aware that German foreign policy is more neutral than that of other nations, and there are historic reasons for that. But this shouldn’t prevent the robust involvement of Germany and other democratic countries in Iraq.

Nihad Latif Qoja was the mayor of Erbil, capital of the Kurdish region in Iraq and seat of the autonomous region of Kurdistan, from 2004. In 1981, the former sports teacher fled to Germany before the Saddam regime and lived in Bonn for more than two decades, where he was involved in the founding of "NAVEND - Zentrum für Kurdische Studien e.V.", among other things. In 2017 he received the German Federal Cross of Merit.

The clashes in Baghdad between supporters of Muqtada al-Sadr and pro-Iranian militias show that an intra-Shia power struggle is in full swing. An analysis from Cairo by Karim El- ... END_OF_DOCUMENT_TOKEN_TO_BE_REPLACED

Bachtyar Ali sends the hero of his latest novel – "Mein Onkel den der Wind mitnahm" – literally flying. Jamshid is so thin after his years as a political prisoner that a gust of ... END_OF_DOCUMENT_TOKEN_TO_BE_REPLACED

In this essay, renowned Lebanese journalist and writer Hazem Saghieh asks whether the Arab Levant, which stretches from Iraq in the east to Egypt in the west, will remain an ... END_OF_DOCUMENT_TOKEN_TO_BE_REPLACED

Climate change is taking its toll on communities in Iraq. Younes Ajil turns on the tap in his home but nothing comes out. Villages in the south of the drought-hit country are ... END_OF_DOCUMENT_TOKEN_TO_BE_REPLACED

END_OF_DOCUMENT_TOKEN_TO_BE_REPLACED
Social media
and networks
Subscribe to our
newsletter