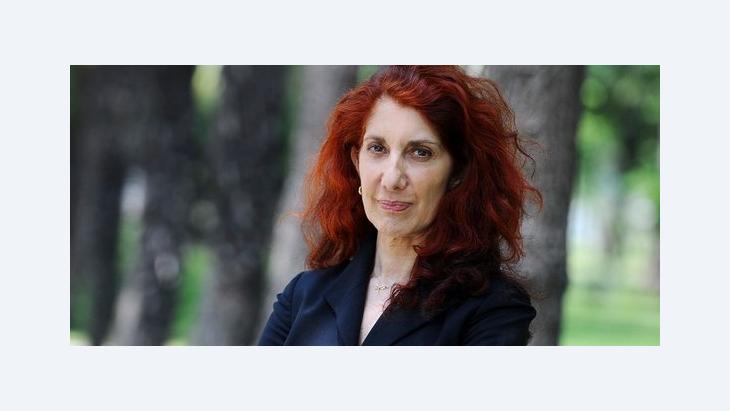 From Secular Enlightenment to Secular Fanaticism

﻿In the wake of the protests against the anti-Mohammed video, the West should be aware that the principle of freedom of opinion can be abused in order to attack Islam, says the Turkish sociologist Nilufer Gole. It is now more urgent than ever before that society takes greater responsibility in addressing religious values, she stresses. Alessandro Lanni spoke with the sociologist

﻿Ms Gole, have you seen the infamous "Innocence of Muslims" trailer? And if so, what do you make of it?

Nilufer Gole: Yes I have seen it. Are we supposed to consider it as a "film"? Or rather a pirate video with obscene and trash images that convey hatred and hostility towards Muslims and Islam? Who is the author, the producer, who posted it on Youtube, who translated it into Arabic … And on the other hand, who are the criminal activists of Islam who attacked the Libyan consulate and killed the American ambassador? Is it organized crime or an expression of mob rage? These are just some of the questions that need to be answered to avoid simplistic conclusions.

Just as the film is not representative of the western mindset and attitude towards Islam as a whole, these criminal acts in the Middle East cannot be attributed to all Muslims. But this confrontation feeds hostility as it hurts the feelings of the majority; each side senses that its core values are under threat, whether it is freedom of expression or love for one's Prophet. 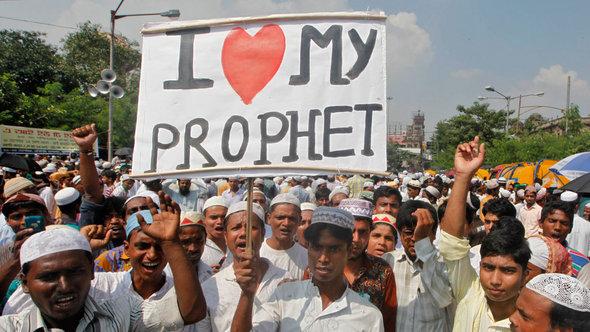 A clash of cultures after all? Both people in the West and Muslims sense that their core values are under threat, whether it is freedom of expression or love for one's Prophet, Nilufer Gole states

​​However, one must avoid the political exploitation of these values. Muslims must condemn the acts of violence that are committed in the name of Islam. They cannot be perpetually on the defensive. They have to condemn the perpetrators of those acts of violence and intimidation. This will be decisive in determining the course of the Arab Spring and the role that Islam will play in the process of democratization.

On the other hand, western intellectuals and societies need to be aware that freedom of expression can be used as a screen for attacking Islam. Growing Islamophobia and right-wing populist movements in the West not only stigmatize Muslims, but also threaten European democracies. Each side needs to take a critical look at its internal structure, for the sake of its own democracy.

More Mohammed cartoons have been published in Charlie Hebdo magazine. Is this freedom of expression or just provocation?

Gole: Charlie Hebdo was a cult satire magazine in French public life during the post-68 period. Today, the French would say that it has had its day. It is no longer an anti-conformist voice, but part of a collective mechanism defending of freedom of expression without an element of satirical surprise. The publication of the Mohammed cartoons appears to have been more of a commercial move than a thought-provoking one.

Is a magazine that publishes these kinds of cartoons demonstrating a certain lack of responsibility? Don't you think that there is a kind of secular "fanaticism" at play in this business of showing the world – and first and foremost the Arab world – that even religion can be transformed into something ridiculous? Just because we are "the West", does that mean we have to accept everything?

Gole: I do agree that secular enlightenment has been replaced with a kind of secular fanaticism. The radiance of the western world in the past was due to its combination of freedom with scientific, intellectual and aesthetic creativity. The public sphere meant the freedom of thought and expression to ensure an ongoing democratic debate. In the present globalized public sphere, we have lost the filters and mediators for rational reasoning, the search for truth and aesthetic criteria. 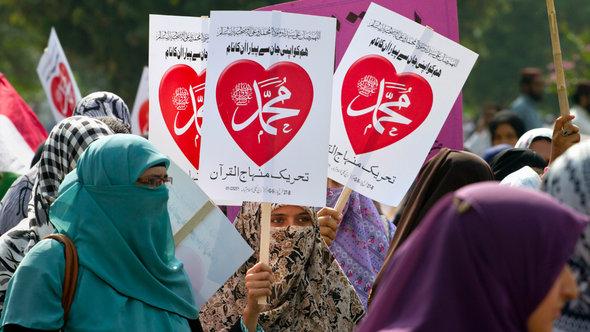 Islamic sobriety: As a reaction to the protests against the film "The Innocence of Muslims", the Mufti of Egypt recalled the behaviour of the Prophet, who endured in silence insults and attacks against him as a role model to be followed by Muslims in the present

​​Freedom of expression has come to mean an entitlement to burst out one's visceral feelings, hatred and opinions without any reflection and creativity. This "direct", "on-line", crude democracy turns its back on enlightened society, despising the power of the literate. Both the western and the Muslim world need to be aware of the perverse forces of this globalized mode of democracy.

Why are authoritative public voices not being raised in Egypt or other Arab countries to the effect that this film is worthless and that one should relativize everything? On TV, in newspapers and other mainstream media for instance...

Gole: Many Muslim voices condemned both the video and the violent reactions to it. The Mufti of Egypt recalled the behaviour of the Prophet, who endured in silence insults and attacks against him as a role model to be followed by Muslims in the present. Cheikh Yusuf al-Qaradawi, who is the President of International Union for Muslim Scholars, condemned the film as insulting and racist, but also called for calm by quoting Islamic precepts. Tariq Ramadan, a globally recognized Muslim intellectual, advised Muslims to demonstrate intelligence and not to react even though they felt hurt. He advised Muslims to rise above the racist tirades and defended a strategy of indifference towards such Islamophobic acts.

Dalil Boubakeur, President of the Great Mosque of Paris, invited French Muslims to exercise self-control and not to react, being confident in God's justice. Whereas Turkish Prime Minister Tayyip Erdogan joined those calling for an international blasphemy law, declaring his intention to demand that the United Nations accept Islamophobia as xenophobic rhetoric punishable by law.

So quite apart from the violent reactions to the film, we are seeing Muslims trying to cope with these offensive representations of Islam in a variety of ways – using legal means or strategies of avoidance. It is here that our two worlds overlap, and we demonstrate familiarity with each other's sacred values, albeit in confrontation.

Home
Print
Newsletter
More on this topic
Anti-Islam Film ''Innocence of Muslims'': Social Values, Not religion, at the Heart of ProtestsAnti-Islamic Film Riots: A Culture of Religious FanaticismUS Response to the Riots in the Muslim World: Don't Set the Wrong Example
Related Topics
Abdullah Gul, Democracy and civil society, Dialogue of Cultures | Intercultural Dialogue, Islam and democracy, Justice and Development party (Turkey), Muslims in the West, Recep Tayyip Erdogan, Secularism in the Islamic world
All Topics

Political analyst Taqadum al-Khatib argues that Egypt can, in co-ordination with its European partners, develop a common vision to solve the complex conflict in Libya. For this to ... END_OF_DOCUMENT_TOKEN_TO_BE_REPLACED

At the suggestion of his Arab students, Israeli psychologist Ofer Grosbard created the project "Quranet", which uses texts from the Koran to solve educational problems in schools ... END_OF_DOCUMENT_TOKEN_TO_BE_REPLACED

Libyans have mixed feelings about the EU. On the one hand, they admire what Europeans have achieved, but on the other, they feel let down. Moutaz and Walid Ali report from Tripoli END_OF_DOCUMENT_TOKEN_TO_BE_REPLACED

Turkey's President Erdogan wants to create a second Bosphorus. The cost to the economy and environment would be enormous – and that's why Istanbul's mayor is attempting to stop ... END_OF_DOCUMENT_TOKEN_TO_BE_REPLACED

Libya is in turmoil and no political solution is in sight. The EU's inability to take concerted action in the country, meanwhile, is being exploited by third parties, such as ... END_OF_DOCUMENT_TOKEN_TO_BE_REPLACED

Contemporary artist Mona Hatoum is one of those figures whose presence in western capitals stimulates much attention and critical writing, while her exhibitions in Arab cities ... END_OF_DOCUMENT_TOKEN_TO_BE_REPLACED
Author:
Alessandro Lanni
Date:
Mail:
Send via mail