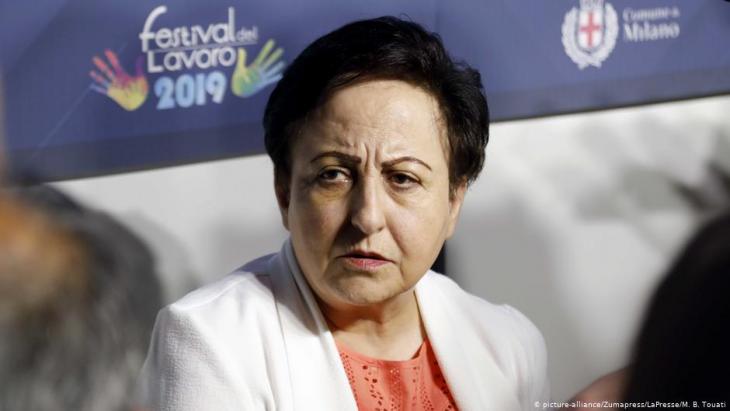 The death sentence against journalist Ruhollah Zam in Iran has been criticised worldwide. Iran has said it will not accept any interference in its "internal affairs". Nobel Peace Prize Laureate Shirin Ebadi takes Tehran to task over the matter. Interview by Shabnam von Hein

Shirin Ebadi: Ruhollah Zam ran a news channel on the Messenger app Telegram from France. Zam published a series of correct posts, but also a series of false ones. The crucial question now is whether the penalty for spreading false information should be the death penalty. If it is, shouldn't the head of Iranian Radio and Television also be executed? Under his leadership, far more false news is disseminated than Zam has ever published.

The death sentence in the case of Ruhollah Zam is a political judgment, not a legal one. He did not have a fair trial. The pronouncement of the sentence coincided with the meeting of the Security Council, where, at the request of the USA, the extension of the arms embargo on Iran was on the agenda. I believe that the Iranian authorities thought that the media worldwide were busy with this meeting and would not pay any attention to the death sentence against Zam.

However, the media as well as the Iranian civil society reacted to this sentence and condemned it. Experience has shown that if the Iranian society and the world community are vigilant on an issue, those in power in Iran adjust their decision to avoid unpleasant consequences.

The protests against the death sentence for Ruhollah Zam inside and outside Iran are effective and can save Zam. 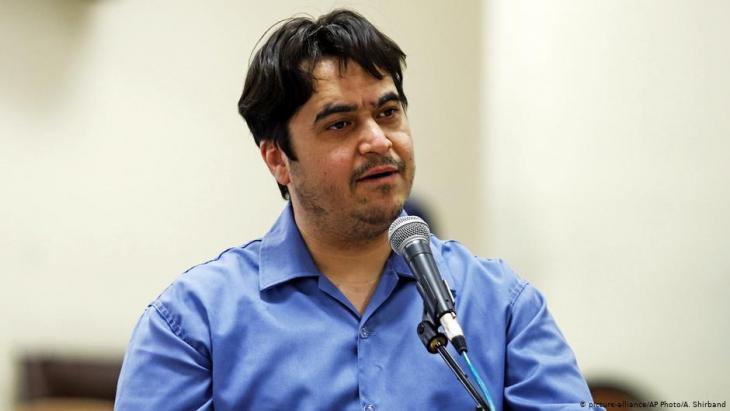 Politically compliant verdict: the trial against Iranian journalist Ruhollah Zam, who was also charged with "crimes against internal and external security" and "espionage for the French secret service", began last February. Iran's Revolutionary Guards reported the arrest of Zam, who holds political asylum in France, in October. Zam was accused of "being controlled by the French secret service and supported by America and the Israeli regime"

Ruhollah Zam left Iran in 2009 and was subsequently granted political asylum in France. The French government has condemned his death sentence. France is also concerned about the situation of Fariba Adelkhah, a French-Iranian anthropologist who was arrested in Iran and sentenced to five years in prison. However, the spokesman for the Iranian Foreign Ministry stated that France should not interfere in Iran's internal affairs. Can France help Ruhollah Zam and Fariba Adelkhah?

France can appeal to the UN Human Rights Council. This UN Council should be used in the cases of Zam or Adelkhah.

Fariba Adelkhah was taken hostage in Iran. The anthropologist from the Parisian university Sciences Po (Institute for Political Studies Paris, editor's note) was visiting Iran when she was arrested. She was sentenced to five years in prison for alleged "conspiracy against national security". 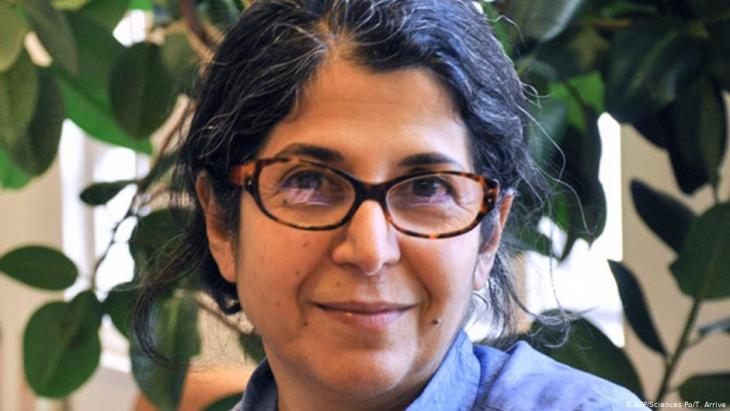 Fariba Adelkhah – hostage of the regime in Tehran: French-Iranian researcher Fariba Adelkhah, who was imprisoned in Iran last May, was sentenced to five years in prison. A court in Tehran found her guilty of "conspiring to undermine national security". The anthropologist from the Parisian university Sciences Po was also sentenced to one year in prison for "propaganda against the Islamic Republic"

But the truth is that Iran is taking its dual citizens hostage to pursue political objectives in the country of the second nationality. I very much hope that Mrs Adelkhah and all the other hostages held in Iran will be released as soon as possible.

At the same time I call on all countries of the world not to comply with the political demands of the Iranian government in such cases. Iran must stop taking its citizens hostage.

The judiciary in Iran repeatedly emphasizes its independence. Now there is a new chief justice who is committed to working for more justice. How do you assess the new developments in the Iranian judiciary?

Ebadi: The head of the judiciary is elected by Iran's religious and political leader and is therefore accountable only to him. The justice system can only change if the power structures in Iran change.

Shirin Ebadi is an Iranian lawyer and human rights activist. She was awarded the Nobel Peace Prize in 2003.

Drought and upstream water diversions have seen the Zayandeh Rood, "fertile river" in Persian, run dry since 2000, with only rare exceptions. The famed river bridges of the ... END_OF_DOCUMENT_TOKEN_TO_BE_REPLACED

Very different Western reactions to the suffering in Ukraine and the Arab world show that there is a profound rift among cultures. Essay by Michael Young END_OF_DOCUMENT_TOKEN_TO_BE_REPLACED

Since the government cut subsidies for food, prices in Iran have skyrocketed. Protests that broke out in Khuzestan province are now spreading across the Islamic Republic. By ... END_OF_DOCUMENT_TOKEN_TO_BE_REPLACED

United Arab Emirates strongman Sheikh Mohammed bin Zayed al-Nahyan, who was formally elected president on 14 May, has led a realignment of the Middle East, creating a new anti- ... END_OF_DOCUMENT_TOKEN_TO_BE_REPLACED

More than 800 Iranian filmmakers have signed a declaration against sexual harassment, coercion and violence in their industry. The public's response to their willingness to name ... END_OF_DOCUMENT_TOKEN_TO_BE_REPLACED
Author:
Shabnam von Hein
Date:
Mail:
Send via mail

END_OF_DOCUMENT_TOKEN_TO_BE_REPLACED
Social media
and networks
Subscribe to our
newsletter