The Tunisian director Nouri Bouzid's film "Making Off" shows how radical Islamists turn youths into suicide bombers, and why some young Muslims are attracted to the idea of violence. Larissa Bender spoke with the director 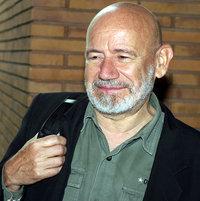 Nouri Bouzid: "Our fight against terror is not about preventing attacks - we must prevent the making of terrorists"

​​Mr. Bouzid, your film "Making Off" tells the story of a young Tunisian break dancer who becomes a suicide bomber. What makes Arabic youths turn into terrorists?

Nouri Bouzid: While preparing for the film, I studied Bin Laden's speeches. Bin Laden says: "We must recruit these youths while they are in a desperate situation or in danger. And we must recruit them before they marry so they are not attached." There are thus internal reasons: failure, desperation, the impossibility of going abroad. My protagonist wants to become a dancer, but he doesn't make it. Then there are also external factors, for example the Iraq War or Palestine.

The figure in "Making Off" blows himself up in a Tunisian port. Why?

Bouzid: The port is the place where fleeing abroad is possible. That's what he really wants. He dies alone, and I wanted the audience to sympathize with him. He is a victim right up to the end, the only victim of his deed. Because he refuses to become a murderer.

Bouzid: Yes, very much so. In discussions about the film I spoke with five youths. They said: "This film tells my story. I was ready to go, but suddenly I hesitated and was afraid." The media don't report on those youths who refuse, but only on the attacks that are carried out. But the number of those who refuse is ten or twenty times higher. My goal was to show an example of someone who refuses to become a murderer.

Why are many youths attracted to the idea of killing and dying?

Bouzid: I believe we are all responsible for this. The police, family structures, the education system, the lack of freedoms. We grew these suicide bombers - the Islamists only "pluck" them from the tree. The Islamists couldn't do a thing if a youth weren't willing. 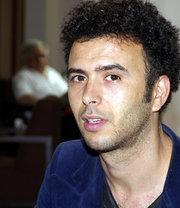 ​​I believe we should have sympathy with these youths. In contrast to the Western view of fighting terror, we must show them love in order to save them. Our fight against terror is not about preventing attacks - we must prevent the making of terrorists. We have to protect them from the bombings. We have to give them paradise on earth so that they don't dream of sacrificing themselves for a lost paradise.

During your research, did you speak with radical Islamists in Tunisia?

Bouzid: Not in Tunisia, but in Belgium and Morocco before they were outlawed there, that is, before the attacks in London. That's how I came to understand how these youths are recruited and sent to Afghanistan. Most had studied or went to Belgium to study. The extremists recruit youths who had been in prison or were involved with drugs. In Belgium I was told that Islamists offer the families ten thousand dollars for these youths. And the families are happy because they are able to get rid of youths who had become a disgrace to the family.

What role does religion play?

Bouzid: A large role. And above all the critique of religion from the West. No Muslim - including me, although I am an atheist - will accept critiques of Islam coming from Christians. Islam is my culture and my personality. Why do they insult Islam and not Christianity?

Bouzid: I mean critique of that which is holy. If you want to help Islam out of its crisis as a Christian, then you don't criticize it. You inspire Muslims to criticize Islam. That is different.

You mean Christians are not allowed to criticize the Koran?

Bouzid: Yes, exactly. I also do not allow myself to criticize the Jewish religion.

Is it okay to criticize how Muslims deal with their religion?

If a European newspaper ridicules Jesus, this produces critique, but not terror.

Bouzid: Christianity has undergone religious reforms. We haven't yet.

Interview with Hany Abu-Assad
Shooting "Paradise Now" amid Israeli Rockets
The film "Paradise Now" by Hany Abu-Assad, which was shown in competition at this year's Berlin Film Festival, is the first feature film to take on the theme of suicide bombers. Igal Avidan interviewed the Palestinian filmmaker

END_OF_DOCUMENT_TOKEN_TO_BE_REPLACED
Social media
and networks
Subscribe to our
newsletter