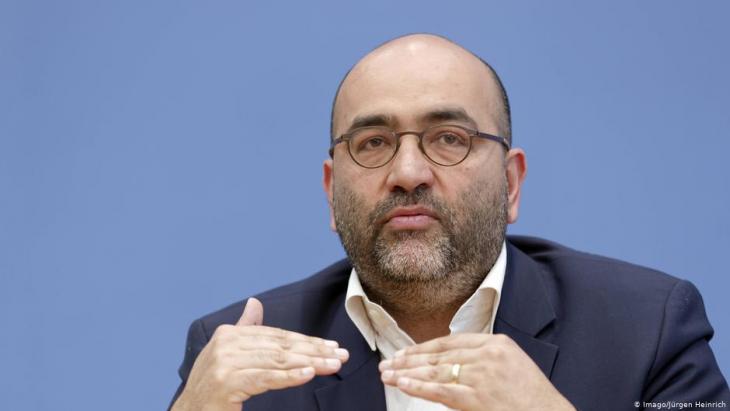 Iran's President Rouhani has declared the violent protests in the country, which have lasted for days, to be over. Omid Nouripour, foreign policy spokesman of the German Green party, regards the USA, but also the Europeans, as being partially responsible for the current situation. Interview by Christoph Hasselbach

Mr. Nouripour, the protests in Iran were sparked by gasoline price increases. How much of this is due to the economic hardship caused by U.S. sanctions?

Omid Nouripour: The Iranian people are trapped between the corruption and mismanagement of their own system on the one hand and maximum pressure from America on the other. It is sheer desperation that is bringing them out on the streets.

Does it not also demonstrate the utter powerlessness of the Europeans, who have simply proved unable to maintain the nuclear agreement?

Nouripour: The Europeans are not powerless, they lack courage. They promised to create a functioning instrument for financial transactions in September of last year. That has not happened to date, because they have failed to take the bull by the horns. As a result, they are jeopardising the nuclear agreement and our own security interests. Moreover, at a humanitarian level, nothing is being done about the plight of those people in Iran suffering from the fact that pharmacies no longer have bandaging material, let alone cancer medicines for children. 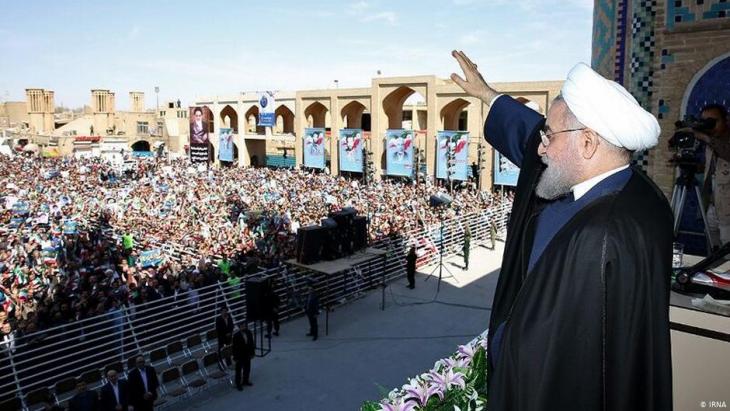 Pyrrhic victory and recurring protests? After the demonstrations against the increase of the gasoline prices in Iran the leadership announced the victory over the "enemies" of the country. "Our people were victorious against the enemy conspiracy," President Hassan Rouhani said on Wednesday. The spiritual leader Ayatollah Ali Khamenei said the "enemy has been repelled". Last year also saw massive nationwide social protests in Iran.

Please explain once again how INSTEX, the financial instrument of the Europeans, is supposed to benefit Iran's trade.

Nouripour: Europe promised to provide interim financing for transactions via INSTEX. I have a medium-sized company in my constituency that produces medical goods and has been trading with Iran for years. This one company alone has a trading volume of 60 million euros. If I want to provide interim financing, that means: someone comes to me, gives me the money, I give the money to the Iranians, and vice versa. That's how interim financing works. The total money that INSTEX has made available so far for financial transactions with Iran, including oil trade, is 5 million euros. With all due respect, that is ridiculous. And that is why it is not working.

That means it is not working because the Europeans were unwilling to unlock enough money?

Nouripour: That's right, although in the case of the protests it's important to point out that the Americans are half the problem. The other half of the problem is corruption in Iran itself. People are taking to the streets not only because of fuel prices, but also because of a lack of political freedom.

What should Germany and the EU do now?

Nouripour: Firstly, we must do everything we can to save the nuclear agreement, and that can only be done with courage. That is our primary interest, because nuclearising Iran would be tantamount to nuclearising the Middle East – with unforeseeable consequences for our immediate neighbours.

In other words, Europeans should exert pressure on the Americans to re-engage in the nuclear agreement?

Nouripour: That is unlikely to work. The issue is too charged with domestic politics for that. But they should do come up with something to limit the impact of current U.S. policy. If there were a financial transaction instrument with which Iran could trade – Iranian businessmen, the Iranian middle class, I am not talking about the regime – that would already be a huge improvement.

Secondly, we need to talk about human rights in Iran and about societal repression, without using the issue as an excuse. Thirdly, we must make it clear to the Americans that their policy of maximum pressure, which is more or less synonymous with regime change, with the intention of impoverishing the entire Iranian population is simply not working and we will not allow it. And last but not least: because the Internet has been more or less shut down by the regime, the Americans are now offering the Iranian population help with the Internet. Unsurprisingly, some Iranians have reacted strongly to this idea, regarding the Americans as part of the problem. But where is the offer of European help to enable Iranians to stay on the Internet? There hasn't been one.

Does it help, or is it counterproductive, if foreign governments, for example the German government, support the population in peaceful protests?

Nouripour: Firstly, it must be clear that this is not about regime change. Secondly, it is not about supporting protests against the government, but about supporting the concerns of the people. It is about political freedoms and the very real threat of impoverishment. If we don't, these people won't believe us either.

Omid Nouripour has been a member of the Bundestag for the Bundnis 90/Die Grunen party since 2006. He is the foreign policy spokesman for the Greens and a member of the Foreign Affairs Committee and the Human Rights and Humanitarian Aid Committee.

Research project "The Global Qur'an", brainchild of Professor of Islamic Studies Johanna Pink and sponsored by the European Research Council, analyses the history and ... END_OF_DOCUMENT_TOKEN_TO_BE_REPLACED

As the Western world emerges from a holiday season made less festive by COVID-19, millions of children in Afghanistan are starting 2022 facing the prospect of famine, illness, and ... END_OF_DOCUMENT_TOKEN_TO_BE_REPLACED

A wedding extravaganza of bright colours, flowers, feasting and dancing, yet the bride, Nefie Eminkova, who comes from Bulgaria's Pomak – Muslim – minority, can see none of it. ... END_OF_DOCUMENT_TOKEN_TO_BE_REPLACED

Every year in December, the team at Qantara.de takes a look back at the articles that proved most popular with our readers. This year is no different. Here is a run-down of the ... END_OF_DOCUMENT_TOKEN_TO_BE_REPLACED

Jesus – Issa in Arabic – doesn’t merely enjoy the highest place among the prophets in the Koran. He is also revered in Islam’s mystical tradition for his message of love and mercy ... END_OF_DOCUMENT_TOKEN_TO_BE_REPLACED

The military in Sudan has never waged war against a neighbour, but it has already staged 17 coups. Tens of thousands of people are risking their lives to oust the military by ... END_OF_DOCUMENT_TOKEN_TO_BE_REPLACED

Comments for this article: "The Europeans lack courage"

Why make an agreement when only one partner is held to it?
Europe and west are not reliable partners.
Colonialism is alive and well.

END_OF_DOCUMENT_TOKEN_TO_BE_REPLACED
Social media
and networks
Subscribe to our
newsletter