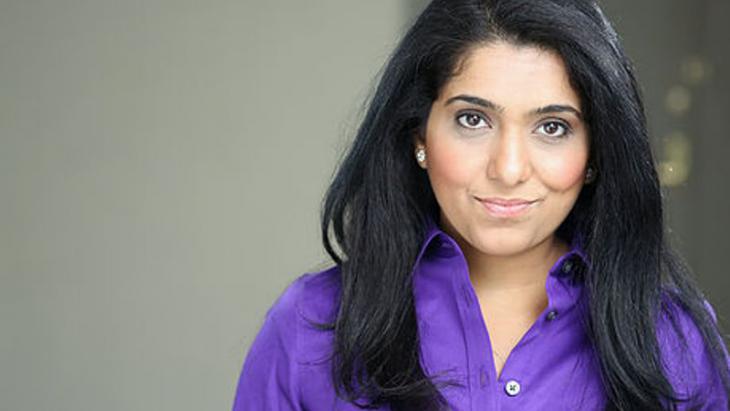 Actor and writer Aizzah Fatima made waves in 2014 with her provocative play "Dirty Paki Lingerie" which explored what it meant to be a Muslim in the post 9/11 world. Fatima spoke to Roma Rajpal Weiss on her upcoming work – "The Art of Hijab, Kohl Black and The Right Way To Pray", a play that engages with the stigmatisation of hijab-wearing Muslim women in the Western world

Aizzah Fatima: Being a Muslim in pre 9/11 and post 9/11 America are two very different things. Before 9/11, no one really knew what a Muslim was or what it meant. After 9/11, images of men in long beards threatening the U.S. became equated with Muslims. Obviously this is far from the reality of what a Muslim looks like and, more specifically, what a Muslim American looks like. I do think, however, that I grew up in something of a bubble: after all, since I don't cover my hair, I'm not visibly Muslim. My experience was very different to those who faced persecution and bullying at school.

How did you come up with "Dirty Paki Lingerie"?

Fatima: I developed "Dirty Paki Lingerie" during a solo-show writing class with Matt Hoverman. My classmates were all writing autobiographical pieces and I didn't think my life was interesting enough to make an entire solo play out of. So instead I decided to bring in characters based on people I knew within the Pakistani community in the New York area. People were fascinated by the characters. So I began researching and interviewing women about their experiences. Through the interview process, I realised just how many interesting women there are out there with remarkable stories to share – stories that I never saw reflected in theatre, film, or TV. No community is a monolith in thought or practice, yet the kind of stories that circulate about Muslim-American women in the Western media always seem to be the same. With "Dirty Paki Lingerie", I wanted to present a different, more nuanced perspective – a more human, funny and flawed take on the Muslim-American female experience.

How, as a Pakistani woman, did you end up in such an unusual profession?

Fatima: It would be difficult to pinpoint one instance that led to my career as an actor and writer. Storytelling was a big part of the way I grew up and my parents certainly encouraged me to express myself through stories as a child. I also have to say, had I not ended up working at Google, I probably wouldn't have had the courage to take the leap into an artistic career. I met so many fellow hyphenates while I was there. Everyone had a day job at Google, plus a side gig that they were passionate about, or another life they had lived – be it as a professional chef, published author, or running a tech startup of their own. It became easier to be a Googler-actor in this environment. It was also the place where I learned to take risks and not be afraid to try something new. In fact, my former teammates were very supportive of each other's work outside of Google. Acting and writing started off as a hobby that I dabbled in while I still worked full-time at Google. When things began to take off, I had to make a decision to pursue it full-time or let go of opportunities.

How do people react to your work? Are people offended?

Fatima: The response to my work has been largely positive. I have never had a person see the play and tell me they didn't relate to it or see themselves reflected in the stories. In fact, I've had Hispanic, Black, White and Asian people all tell me how these are their stories. A sense of universality can also be present in art that is very specific. In terms of programming the work, especially "Dirty Paki Lingerie", I've had pushback from Christians, Muslims and Hindus equally on the word 'Paki' or the word 'lingerie'. The former being a racial slur in Europe and the latter I assume because people aren't comfortable with women's sexuality. What I love about performing this play for audiences around the world is the opportunity to have a dialogue about the various themes the play touches on – sexuality, identity, racial profiling, bullying and issues of religion vs. culture. Whenever possible we put together talkbacks and panel discussions following a performance. 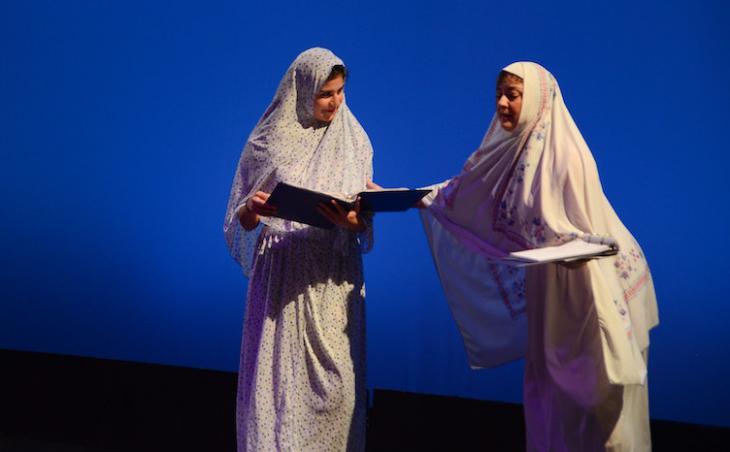 Offering a glimpse into the world of Muslim women in America: 'The Art of Hijab, Kohl Black and The Right Way To Pray' investigates what it is like to be a young woman coming to terms with the ideas of feminism, freedom and oppression in Islam and in the United States, engages with the stigmatisation of hijab-wearing Muslim women in the Western world, while questioning beauty norms and gender roles in the United States

Fatima: They are incredibly supportive: I wouldn′t be able to pursue a career like this if they weren't. There is so much uncertainty in this profession that you need supportive friends and family to keep you sane.

Tell us about your role in "The Art of Hijab".

Fatima: In "The Art of Hijab", written by Sarah Sakaan and directed by Jessica Brater, I play Aziza who is exploring what it means to be a Muslim American feminist through her YouTube channel. What I love about this play is the relationship between two sisters who are obviously very different, they are both Muslim-American and feminism means something very different to each of them. The play also takes place in the South. Growing up in the Bible belt in Mississippi, I really relate to the whole American experience and what being Muslim means in that environment. I used to go to my best friend's church youth group because they would do fun things like scavenger hunts, movie night and play games together. Our mosque didn't have any such programmes. Right now I think the world needs to hear from a diverse group of Muslim women about what their identity means to them. This play tackles that and gives us a real glimpse into their world.

Home
Print
Newsletter
More on this topic
"The Art of Hijab" website''Love, InshAllah'': Muslim American women tell their own stories about loveMuslim youth in America: The "mipster" phenomenon
Related Topics
Feminism in Islam, Islam in the U.S., Muslim women, Sexuality and eroticism in Islam, The Headscarf Controversy, Women in the Islamic world
All Topics

Education for girls and women is still possible in Afghanistan, says Reinhard Eroes of the Kinderhilfe Afghanistan initiative. In interview with Elisa Rheinheimer, he talks about ... END_OF_DOCUMENT_TOKEN_TO_BE_REPLACED

Locals in the Middle East have said European critics are showing bias and hypocrisy when they condemn Qatar. Observers agree that Qatar has had to deal with more criticism than ... END_OF_DOCUMENT_TOKEN_TO_BE_REPLACED

In Doha, Arabs from Morocco, Tunisia, Egypt and Algeria are gathering to celebrate the first ever FIFA World Cup to be held on Arab soil. The criticism from Europe? Over the top, ... END_OF_DOCUMENT_TOKEN_TO_BE_REPLACED

Canan Topcu came from Turkey to Germany as a child. In her essay, she describes how bothered she was by the racism she encountered in her country of origin when she travelled ... END_OF_DOCUMENT_TOKEN_TO_BE_REPLACED

All organisers use major sporting events like this year’s FIFA World Cup in Qatar primarily to advertise their country and promote a slick public image. This is not something we ... END_OF_DOCUMENT_TOKEN_TO_BE_REPLACED
Author:
Roma Rajpal Weiss
Date:
Mail:
Send via mail

END_OF_DOCUMENT_TOKEN_TO_BE_REPLACED
Social media
and networks
Subscribe to our
newsletter