According to the terrorism expert Peter Waldmann, ideology plays a secondary role in the radicalisation process of militant Islamists in the West. The main problem, he argues, are problems with their identity and acceptance in society. Peter Waldmann spoke to Sheryn Rindermann 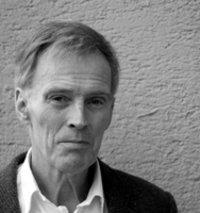 Peter Waldmann: "Radicalisation processes of Muslims in the West are usually triggered by a combination of international politics events and personal experiences of disadvantage and discrimination"

​​In the so-called "Sauerland Trial", in which two young men from the Sauerland region are accused of planning to bomb German suburban railway trains, the accused have revealed what "Islam" means for them. In the process, however, they showed that there were huge gaps in their knowledge of the teachings of Islam. Is that typical?

Peter Waldmann: It's certainly not the only such case. Following the Madrid bombings of March 11th, 2004, Muslims who knew the bombers said then that they knew astonishingly little about Islam.

You have analysed the biographies of many Jihadists. What typical characteristics have you been able to define? And do Islamists become terrorists in the West through a different process from that which Islamists in Muslim countries tend to go through?

Waldmann: At the very least, there is a distinction to be made between those terrorists who are mainly defending the rights of a Muslim minority and its territory, as for example in Chechnya, Palestine or the Shi'ites in Lebanon, and those who grow up in the West.

The former are integrated fully into their communities, whereas the radicalism of the latter comes from the fact that their identity has not been clarified, in that they are formally a part of both their home countries as well as their adoptive countries, while not really belonging to either of them.

What role does the ideology of Jihadism play in the process of radicalisation of such terrorists? Beyond the utopian element, are there motives for their behaviour which are 'this-worldly' and rational?

​​ Waldmann: I can easily imagine that these terrorists would have been enthusiastic Marxists 30 or 40 years ago. In other words, I think ideology is secondary. For Islamists in the West, the main issue is how to deal with two problems: the problem of identity – who am I? Where do I stand? –, which is given an unambiguous answer by militant Islamism, and the problem of recognition – how can I get the host society to take me seriously?

Policies of Western hegemony in the Muslim crisis areas are often seen as the main cause of the radicalism in the region. Can this view be justified on the basis of the facts?

Waldmann: As Marc Sageman has convincingly shown, individual and collective spurts of radicalisation are a highly emotional issue. They are usually triggered by a combination of international politics events which are perceived as humiliating and unjust towards Muslims on the one hand, and, on the other, of experiences of disadvantage and discrimination in the West.

​​ There have been calls in the course of the "Sauerland trial" for professionally run programmes to help people leave the Islamist scene. Such programmes have been offered successfully in Great Britain since 2006. How hard is it for people to leave the radical scene?

Waldmann: Classical underground organisations like the ETA, the IRA, the German RAF, too, exercised a considerable level of control on the individual, so that it certainly was the case that those who left the organisation might be accused of "treason" and executed.

The Islamist scene in the West is, in my view, much less closed. It's more like a network based on interpersonal relationship and the "self-recruitment" of its members, for example, via the internet. The group does not erect such high barriers of solidarity and control that programmes to help people leave are doomed to failure.

Many experts say that a successful integration policy could make a contribution towards the prevention of radical tendencies. How do you think such a policy should look?

Waldmann: There isn't a simple answer to this question. Different countries have different traditions in dealing with foreigners and migrants which you can't change just like that. 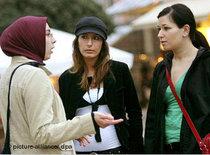 ​​ What is important is that a country should not behave in concrete cases in a way which contradicts the general principles espoused in its integration policy. That creates misunderstandings and bitterness.

The regular riots in the suburbs of French cities are not a principled rejection of the French unitary state, but a protest against the fact that the promise that all immigrants will be treated as full French citizens, which is implicit in the existence of that unitary state, has not been kept when it comes to migrants and other marginal groups.

As far as the Federal Republic of Germany is concerned, aside from the emphasis on ethnic origin, jus sanguinis, this country has no national principle which would tend to unite the nation. For that reason, it would be wise for it to ensure that it takes the principle of equality (in social and legal matters etc.) enshrined in the constitution seriously when it comes to its immigration policy.

On the other hand, it needs to take account of the specific characteristic of the Muslims, and that is their Islamic faith. It must not only tolerate it, but, in the form a positive "multi-culturalism", it should learn to deal with it and its consequences.

Perspectives on Radical Islamism
Angry Young Muslims
The political scientist Volker Perthes is the director of the German Institute for International and Security Affairs in Berlin and has published numerous studies on the Near and Middle East. He sees five key ways for Europe to take constructive action in the Muslim world

Lawrence Wright's "The Looming Tower"
Al Qaeda and the Road to 9/11
American journalist and Pulitzer Prize-winning author Lawrence Wright makes the history of Islamism sound like a political thriller. Andrian Kreye has read the book, which is considered by experts to be the definitive work on the prehistory of 9/11

Interview with Olivier Roy
Muslim Radicals Are Perfectly "Westernised"
Olivier Roy is one of the most renowned experts on political Islam. In this interview with Michael Hesse, he talks about religious fundamentalism, Islam in Europe, and explains why the Muslim middle classes in the West ought to be recognized as a western faith community, not as an alien culture

END_OF_DOCUMENT_TOKEN_TO_BE_REPLACED
Social media
and networks
Subscribe to our
newsletter