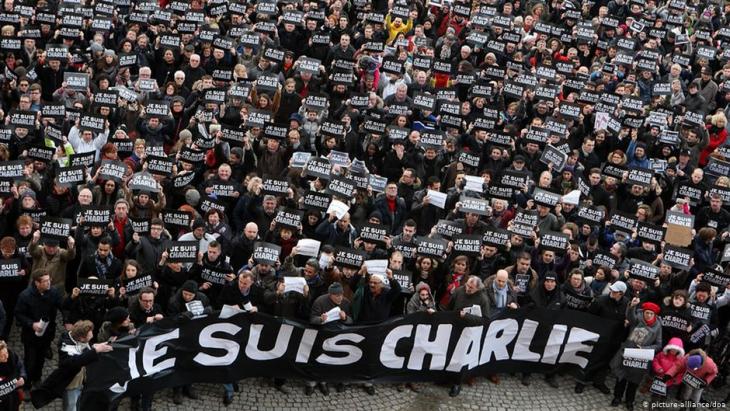 Political scientist Hugo Micheron on the origins of Islamist terrorism in France, his conversations with jihadists – and on the trial now beginning against the perpetrators of the 2015 attacks. Interview by Nadia Pantel

A day later, Amedy Coulibaly, a friend of the Kouachi brothers, sprang into action. On 8 January he shot and killed a policewoman in the Parisian suburb of Montrouge, and on 9 January he raided a kosher supermarket where mainly Jews shop. Four people were killed in the subsequent hostage-taking.

Five and a half years after the murders, the trial of 14 suspected perpetrators of the attacks has begun in Paris, the assassins themselves having been killed in police operations. Political scientist Hugo Micheron is attending the trial in the public gallery. He is researching the development of terrorist networks in France. In January his book "Le Jihadisme francais. Quartiers, Syrie, Prisons" (lit.: The French Jihadism. Districts, Syria, Prisons) was published in January. The book is the result of his doctoral thesis, for which he interviewed 80 self-declared jihadists in French prisons.

What do you hope to gain from the "Charlie Hebdo" trial for your research? And what do the next 50 days of proceedings mean for French society?

Hugo Micheron: You can see how important the process is by the fact that it will be completely filmed and archived. I myself am interested in understanding how jihadist structures are anchored locally. How it is that such extreme ideas can be considered normal in some environments. For the French population, the process is important because it shows that the state is once again in control. 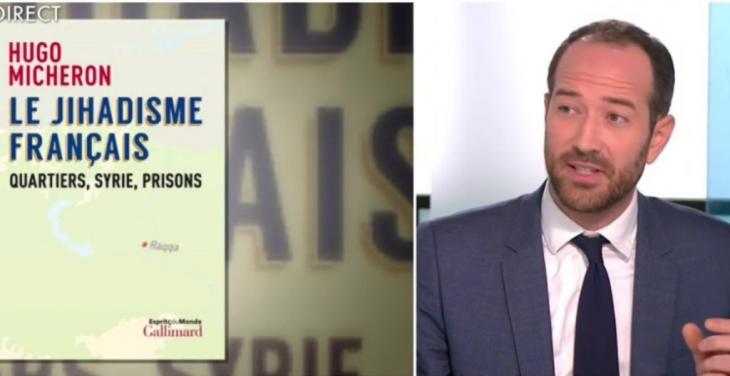 Political scientist Hugo Micheron: "Contrary to popular belief, time spent in prison is not the greatest possible punishment. Jihadists interpret a prison sentence as a test of God and – because one has time to read – as a chance to educate oneself. It is an opportunity to rise, both intellectually and within the ideological hierarchy. Most of the imprisoned jihadists I spoke to will be released within the next two years"

Five years ago it was as if the country had taken a blow to the heart. The Kouachi brothers were on the run for 48 hours after the assassination, the state seemed powerless. Of course, one of the terrorists' goals is to promote such feelings of bewilderment and paralysis.

In your book you argue that jihadism should not be interpreted as a phenomenon of the suburbs, that is, not as a consequence of poverty and a lack of prospects.

Micheron: The theory that jihadism is a product of social inequality is wrong. In France two camps ascribe to it nonetheless: leftists, who aim to talk down the problem, and right-wingers, who fan the flames of hysteria, equating immigration with crime and Muslims with Islamism. Those who deny there is a problem put 5,000 people travelling from Europe to Syria to join IS down to the fact that Muslims are discriminated against and disadvantaged. The attacks are thus interpreted as revenge on Western society. The hysterical camp, on the other hand, declares every deprived suburb to be a Salafist hotbed.

You may also like: Interview with French extremism researcher Olivier Roy – ″Radicalisation is not the result of failed integration″

Dalia Hatuqa is an experienced journalist who has reported on the Israeli-Palestinian conflict from Ramallah, Washington DC and Amman. A writer for Time Magazine, Foreign Affairs ... END_OF_DOCUMENT_TOKEN_TO_BE_REPLACED

Since President Abdul Fattah al-Sisi seized power in Egypt in 2013, he has ruled the country with an iron fist. Civil society, opposition and free press struggle to survive. Tens ... END_OF_DOCUMENT_TOKEN_TO_BE_REPLACED

Very different Western reactions to the suffering in Ukraine and the Arab world show that there is a profound rift among cultures. Essay by Michael Young END_OF_DOCUMENT_TOKEN_TO_BE_REPLACED

Many Turks are dissatisfied with the international status of their country. At the same time, opinion polls reveal great scepticism among the Turkish population towards the USA. ... END_OF_DOCUMENT_TOKEN_TO_BE_REPLACED

Since Spain abandoned its traditional neutrality towards the conflict in Western Sahara, Morocco has announced a "new phase" in relations between the two countries. But what is ... END_OF_DOCUMENT_TOKEN_TO_BE_REPLACED

Tunisia's president has been carrying out a coup by degrees, demolishing the country's hard-fought democratic gains bit by bit. With an economy in turmoil and a splintered ... END_OF_DOCUMENT_TOKEN_TO_BE_REPLACED
Author:
Nadia Pantel
Date:
Mail:
Send via mail

END_OF_DOCUMENT_TOKEN_TO_BE_REPLACED
Social media
and networks
Subscribe to our
newsletter