But if you take a closer look at where the people who wanted to fight for a "caliphate" in Syria set off from, then a very specific geography emerges. There are actually only ten places from which the majority of the assassins and jihadists were recruited.

These include towns belonging to the Parisian suburbs, but also the small town of Lunel in southern France. At the same time, there has not been a single departure for Syria from the suburbs of Marseille, which in theory boast the main factors of radicalisation: a Muslim majority and high unemployment. I am not saying social discrimination does not play a role, but I am saying that it is only one of several factors.

What are the other factors?

Micheron: Indoctrination and propaganda. Salafism and jihadism didn't just appear out of the blue in France, people were actively involved in spreading these ideologies. For example, I had lengthy contact with members of the Clain family from Toulouse – Catholic converts to Islam – who admit to deliberately establishing a Salafist structure. The family members say of themselves that every single day is a fight to win new followers. To this end, they have founded sports clubs and associations, as well as forging contacts with radical preachers.

Islamist terrorists are often portrayed as madmen, as people who do not really know what they are doing. Even the Clains were mocked by the local community in the beginning. But they still convinced people of their ideology. When Fabien Clain went to Syria, he was immediately accepted within the IS hierarchy because it was clear he had influence in France.

You describe how these networks emerged in France largely unnoticed by the public. How was that possible? 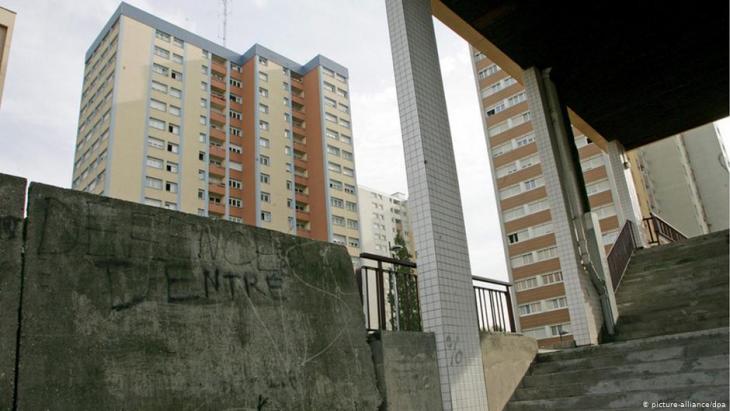 Revenge of the disaffected and the disadvantaged? Hugo Micheron does not believe that jihadism is solely the product of social inequality. Other major factors include indoctrination and propaganda. "Salafism and jihadism didn't just appear out of the blue in France, people were actively involved in spreading these ideologies. Every single day is a fight to win new followers. To this end, they have founded sports clubs and associations, as well as forging contacts with radical preachers," argues the political scientist

Micheron: The attack on Charlie Hebdo in 2015 was a belated wake-up call. Suddenly Islamist structures that had developed over the course of 15 years became visible. The first jihadists who began to spread their ideas in France were fighters returning from the Algerian civil war and Afghanistan. These were very small groups, three or four people. Their recruitment attempts became easier after the attack on the World Trade Center: 2001 was a turning point.

In France, moreover, the attack by Mohammed Merah helped fuel the ideological blaze. Merah murdered four people, including three children, at a Jewish school in Toulouse in 2012, having previously killed three soldiers. Back then, it was considered an isolated incident, but in 2015 people realised that a series of Islamist attacks had begun.

What role do prisons play in the emergence of terrorist structures?

Micheron: Time spent in prison is viewed by our society as the greatest possible punishment. But in terms of jihadist logic it is not. A prison sentence is interpreted as a test of God and – because one has time to read – as a chance to educate oneself. The jihadists I talked to saw time in prison as an opportunity to rise, both intellectually and within their hierarchies. Most of the imprisoned jihadists I spoke to will be released within the next two years. There are hundreds of people in prison who are considered to be radicalised Islamists.

How are the prisons dealing with this?

Micheron: France's prisons are chronically overcrowded. Some institutions are accommodating almost twice as many people as there are prison places. Moreover, from 2014 to 2019, those returning from Syria were sent to the particularly overcrowded prisons in the greater Paris area. This has had dramatic consequences. The Fleury-Merogis prison experienced such levels of inmate unrest over several days that the prison administration feared it would lose control of the prisoners.

In terms of de-radicalisation measures, you describe, among other things, how convicted terrorists have been encouraged to stroke ferrets, with the idea of emphasising the value of an individual life.

Micheron: I wrote the book with the firm intention of not making fun either of the penal system or of the jihadists. The subject is far too serious for that. Nevertheless, I cited the ferret example to demonstrate that the de-radicalisation process is far from perfect. Among other things, because the penal system considers those who detonate a bomb to be the most dangerous. Not realising that there are inconspicuous prisoners who deliberately recruit fellow inmates. Both the Kouachi brothers and Coulibaly were indoctrinated in prison.

Have things improved since then?

Micheron: Today, Islamist prisoners are no longer incarcerated together in specially dedicated wings; they are distributed across more than 70 prisons. This has rectified the situation. The January 2015 attacks revealed a phenomenon that we are still fighting today. There are more terrorists now than there were in 2015, but we are wiser. We know how their networks work and what their ideology is based on. We have caught up intellectually.

After the devastating fires in the Moria migrant camp on Lesbos, Muhammad spent days on a sealed-off section of road with thousands of others. His most fervent wish is to leave ... END_OF_DOCUMENT_TOKEN_TO_BE_REPLACED

After the al-Qaida terrorist network attacked the US on 11 September 2001, Germany backed the US-led military and diplomatic mission in Afghanistan – and still does. Nineteen ... END_OF_DOCUMENT_TOKEN_TO_BE_REPLACED

It's been over five years since the attacks on French satirical magazine Charlie Hebdo and the Jewish supermarket Hypercacher in Paris. The long-awaited trial might bring ... END_OF_DOCUMENT_TOKEN_TO_BE_REPLACED

Refugees are expected to show gratitude and humility towards the country that has taken them in. In her new book, "The Ungrateful Refugee", Dina Nayeri sets out why this is a ... END_OF_DOCUMENT_TOKEN_TO_BE_REPLACED

Five years ago, Samer Serawan spent many long, cold nights in a muddy courtyard in Berlin, one of many Syrians who queued up to live in Germany. Now he has a successful restaurant ... END_OF_DOCUMENT_TOKEN_TO_BE_REPLACED
Author:
Nadia Pantel
Date:
Mail:
Send via mail

END_OF_DOCUMENT_TOKEN_TO_BE_REPLACED
Social media
and networks
Subscribe to our
newsletter