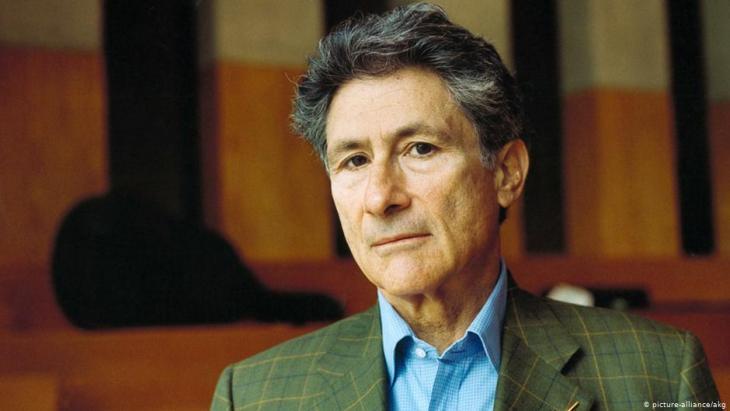 Professor Timothy Brennan's "Places of Mind: A Life of Edward Said" is a detailed biography of one of the most important intellectuals of the twentieth century, taking us on a journey from Edward Said's childhood in the Middle East to his public and academic life in the United States. In this interview with Tugrul von Mende, Brennan describes the challenges of writing about the many different aspects of Edward Said's life

How difficult is it for you to describe Edward Said?

Timothy Brennan: It is not hard at all, actually; in fact, it is the compulsive pastime of anyone who ever met him – the way he jabbed his fingers in the air during public talks, the sombre face he would put on to hide his nervousness when the television cameras were rolling, his love of gossip, the difficult-to-place accents of his vaguely Europeanised English, the burning darkness of his eyes. He was a kind man, a loyal friend, but one who pushed and prodded you, interrogating you for more information, and impatient if you could not provide it right away or stumbled over a fact.

I never met anyone so good at reading between the lines of an encounter. He "read" people perfectly, which I think was related to his uncanny ability for making the right choices (in his career and life) at just the right time. Nothing mattered more to Edward than the role of the intellectual in public life. This desire to fixate on Edward the performer has sometimes got in the way of appreciating his ideas. The bigger challenge has always been to show how his reading novels and studying literary theories armed him as a social critic.

You were a student under Edward Said. When did you decide to write a biography about your former mentor? Did you ever imagine it would attract so much attention?

Brennan: When I set out to write the biography, I was not thinking very much about the mentor relationship. On the contrary, I considered him to be a historical figure whom I happened by luck to know. I could not be sure that the book, no matter what its merits might be, would be widely read given the almost two decades that have passed since his death. I am very happy, obviously, about the attention the book has attracted, but I imagine the buzz mostly comes from its subject. Edward Said clearly still matters. He has survived generational shifts; he has always had a lively Internet presence, and many of his public talks, TV appearances and films (both by him and about him) are readily found online, so in that sense he is still "alive". 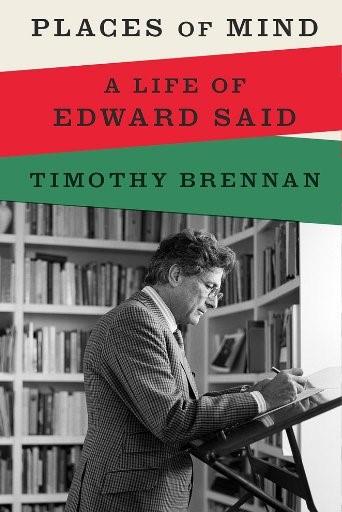 Timothy Brennan's Places of Mind is the first comprehensive biography of Edward Said, one of the most controversial and celebrated intellectuals of the 20th century. According to Egyptian novelist Ahdaf Soueif, "Brennan's achievement is to do justice to the many things Said was and to articulate the synapses that connected his different worlds"

Looking at the reviews of your book, as Kaleem Hawa noted in your interview for The Nation, many did not understand Edward Said and have in particular tried to avoid his views on Palestine. Why do you think this is so?

Brennan: I think Edward has always been someone whose fans knew only one side of him, while ignoring the others. I am sure some readers only know his views on Palestine and do not care at all about his writing on opera, piano performance, Chomsky's transformational grammar, or imaginative geography (to take a small sample of his interests). The Israel/Palestine issue is, I imagine, depressing to some people – the very emblem of an intractable problem, not to mention one that involves an oppressed, disinherited, and beleaguered population, with an opponent skilful enough to get much of the public to deny there is even a problem.

Everyone senses that there are great risks in speaking out on the Israel/Palestine issue, at least in the United States. The media, government and academia will typically punish those who criticise Zionism or expose the outrages of the Israeli state, and so, on the one hand, people do not want to be sad and, on the other, they are afraid of retaliation. Edward was very effective, though, in rousing his audience, and often demanding at his speaking engagements to give two talks – one on music or literature, say, and the other on the Palestinian dilemma. In his presence it became harder to "avoid Palestine" as you put it.

In an undergraduate paper, he once struggled to define himself, writing "to be a Levantine is to live in two or more worlds at once without belonging to either..." In Power, Politics, and Culture he is quoted by saying that: "The sense of being between cultures has been very, very strong for me. I would say that's the single strongest strand running through my life." After writing this autobiography, would you agree with him?

Brennan: I would agree, yes, but the phrase "between cultures" needs to be understood very broadly. It does not refer only to ethnicity, race, or national origin, but to an existential restlessness – as well as to being torn between radical (even revolutionary) desires and a hunger to be praised and rewarded by the establishment. This was a weakness. Edward was born with American citizenship in Jerusalem and was known as an "American" in Cairo as a boy. When he comes to live in the United States at age 15, he arrives with almost none of the cultural habits of an American. The language he speaks is not American English. His training has been 100% British empire. His original title for his memoir Out of Place was "Not Quite Right", and it captures something of this broader understanding.

His experience with "exile" cannot be thought of only as not living in Palestine. The fact is that he simply was not at home anywhere in the sense of being agitated, in psychological turmoil, an antinomian. He concedes late in life that he cannot be seen as an exile in the sense of political refugees or those driven out of Palestine in 1948. But this is partly what makes him politically authentic as a Palestinian. It is not his distance from day-to-day life in the Palestine of his imagination that makes him inauthentic – think of his poetic reflections on Jean Mohr's photographs of Palestinians in the occupied territories in After the Last Sky – but precisely authentic, since so much of the experience of being Palestinian is to be forced to see it from afar, at a distance, as a place of the imagination (a fact that Darwish evokes in his poem "An Exile's Letter").

He lived between – in multiple senses. So many people wanted a piece of him on a daily basis: UN agencies, Japanese newspapers, veterans against the war, etc. What must it have been like to live this life of counterpoint, keeping all the melodies simultaneously in play, leaving little time for reading or writing, and therefore having to write like Mozart composed – fluidly and without revision? He held classes on Jane Austen in the morning and then, an hour later, wrote a polemical response to the distortions and inaccuracies of Judith Miller, before heading off to the downtown studios of CBS to participate in a roundtable with Jeane Kirkpatrick. That too, it seems to me, is a kind of living "between".

You reveal that Said was working on a novel, saying "the novel's fragments provide[d] an invaluable insight into his aesthetic intentions". It seems his fiction writing wasn't detached from his political and intellectual writings. How surprised were you to find out that he wrote fiction that seemed important to him?

Brennan: I was surprised by how good the fiction was. Edward tried hard to work in mixed media – essay, book, photo/text collage, magazine article, film, piano performance, etc. He was a dragoman, lecturer, impresario, actor, organiser, and roundtable host – struggling in these various venues and roles to put different aspects of his personality on display. At all events, it was vital not to be reduced in people's minds to an angry polemicist always playing in the same key. I think his experiments with writing fiction were conducted in that spirit, although more was at work.

He began his first novel in the year he took off between college and graduate school in order to work in his father's business in Cairo. It is clear from his correspondence, some contemporaneous essays and diary entries, as well as his comments in school applications, that he had still not completely figured out what he wanted to do in life. He was beginning to abandon his dream of becoming a concert pianist. He was orbing away from his earlier idea of becoming a medical missionary working in the "Near East", and he certainly was rejecting a life in business, since he loathed his father's.

Indeed, he may have thought he could become a novelist. The fact that he made another attempt at writing a novel between 1987 and 1991 or so, after he was already established as a famous professor shows that he was still experimenting with genres. His fiction is important not only because of what it reveals about the quality of his mind, the novelistic properties of his criticism and award-winning memoir (Out of Place) and the intimacy of his relationship to writing, but because he fought throughout his career against the common prejudice that poets and authors were primary, whereas critics were mere commentators on their work. He wanted to change the world not just reflect it, and so he chose the path of the critic rather than the author.

Welcome to the world of Al Qasar, where Arabic music collides head-on with punk and psychedelic to create something powerful and beautiful. "Who Are We" is a raucous, subversive ... END_OF_DOCUMENT_TOKEN_TO_BE_REPLACED

Egyptian authorities have Mada Masr in their sights once again after critical reporting. But the editor of the country's last independent news source is adamant they will continue ... END_OF_DOCUMENT_TOKEN_TO_BE_REPLACED

Like Christianity, Europe's history is one of migration. Both have strong roots in the Orient and in cultures thousands of years old. Cultural historian Bernhard Braun invites us ... END_OF_DOCUMENT_TOKEN_TO_BE_REPLACED

When she ascended the throne, millions of Muslims still lived under British rule. Later, Elizabeth II appealed for tolerance in a multi-religious society. She was the first ... END_OF_DOCUMENT_TOKEN_TO_BE_REPLACED

END_OF_DOCUMENT_TOKEN_TO_BE_REPLACED
Social media
and networks
Subscribe to our
newsletter