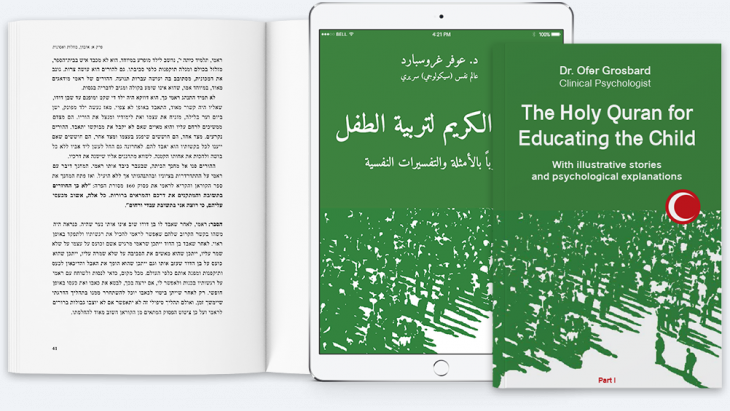 At the suggestion of his Arab students, Israeli psychologist Ofer Grosbard created the project "Quranet", which uses texts from the Koran to solve educational problems in schools and families. More than ten years after its inception, the project is now attracting attention in the Arab world. Interview by Claudia Mende

Mr Grosbard, how do people use Quranet?

Imagine two children are fighting at school. The teacher will try many different approaches in an attempt to stop them, but usually it won't work. Yet, when he reminds them of a phrase from the Koran, such as a verse saying that you have to respect your friend, things change. Arab teachers frequently tell me that once they introduce a phrase from the Koran, the conflict can be resolved.

Verses from the Koran are very powerful. They exhort individuals to take responsibility, tell the truth and respect the other. Children believe so deeply in the Koran that one phrase can have a huge impact. We are talking about a society where you cannot work with psychological tools. You cannot say to the child that they must be deeply hurt and invite them to talk about how they feel.

Is Quranet intended as an instrument for resolving conflict in the home and at school?

It is difficult to use psychological tools in Arab society because they work against its traditional social orientation. In the Arab world, rather than focussing on internal psychological processes, there has always been a consistent focus on external guidance, which is why phrases from the Koran work. 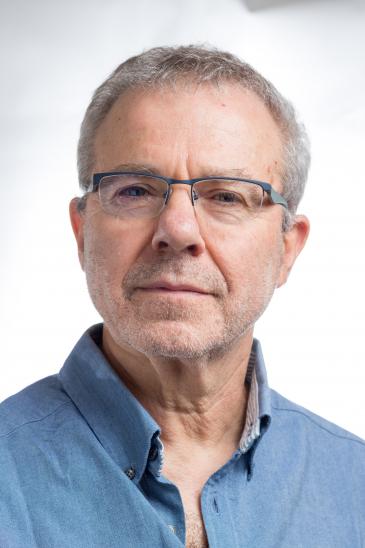 Ofer Grosbard: "Most Arabs in Israel like Quranet, too. For example, the Bedouins in the south of Israel who are very devout and still live a traditional life are very keen on Quranet. They invited me to give a lecture once, telling me: You might not know it, but you are a celebrity here, everyone knows you. For me that was very exciting"

The Koran is an integral aspect of Arab society but parents frequently omit to use it for everyday educational purposes. On the other hand, they don’t have any psychological tools either, so when it comes to resolving conflicts they can feel helpless. Providing them with a phrase from the Koran can be very helpful.

What about problems like family violence. Can Quranet help in preventing such situations from arising?

No doubt. Many phrases in the Koran emphasise the importance of respecting your children. Not only should children respect their parents, but parents also need to respect their children. This is something the Koran addresses in a number of different verses. By contrast, there is no requirement at all in the Koran for women to cover themselves totally, leaving only the eyes showing. This is something that may be demanded by culture, but it is not in the Koran. Culture can be more severe than religion and is often more problematic.

For example honour killings are not according to the Koran. Thankfully, with the help of Quranet, it is possible to tell people don‘t do it, it is against your religion. Of course, these are just a couple of examples. I invite people to open the Quranet book or go to the website and find the phrases that match their situation. It is open to everyone – yet another reason why it is such a powerful instrument.

At the beginning some sections of the Islamic community were reluctant to use a tool developed by a Jew. Has this been overcome now?

I think people have become a little more used to the idea. Firstly, many critics rejected Quranet out of hand, without knowing what it was. If it was written by a Jew, then why bother to even read it, many said at the outset. Nevertheless, those who made the effort to start reading it realised that it is simply a tool intended for good. Moreover, it has also been approved by well-known sheikhs and scholars in the Islamic world.

Today, I get emails from all over the Arab world. Many write that Quranet is a great thing. A Jew did it, ok, we should have thought of it ourselves, but still, it‘s a good thing. So slowly, slowly acceptance is growing. But still, if you take six or seven comments from the web about Quranet, there will be at least one saying, but it was done by a Jew. Others ask me when I am going to convert to Islam…

Home
Print
Newsletter
More on this topic
"Quranet" websiteOfer Grosbard and his "Quranet" project: The therapeutic verses of the KoranIslam and psychoanalysis: A tale of mutual ignorance
Related Topics
Arab citizens of Israel, Bedouins, Education, Koran | Quran, New media in the Muslim world, Places of Dialogue, Reform Islam
All Topics

No other Western poet was arguably so well-versed in the Koran or so fascinated by Islam as Germany's national hero, Goethe. In a new publication that examines all Goethe's ... END_OF_DOCUMENT_TOKEN_TO_BE_REPLACED

A deluge of books, movies, series and cover stories: ever since the events of 9/11, the West has seemed almost manically preoccupied with Islam. Yet this has rarely led to deeper ... END_OF_DOCUMENT_TOKEN_TO_BE_REPLACED

Twenty years after 9/11, the world is faced with the dual challenge of Islamophobia and anti-Westernism. Ahmet Kuru argues that Muslims in the West, well versed in both Western ... END_OF_DOCUMENT_TOKEN_TO_BE_REPLACED

Two decades after the attacks of 11 September 2001, the West faces the shattered debris of its failure – not only in Afghanistan, but also in Iraq, Syria, Libya and Yemen. What ... END_OF_DOCUMENT_TOKEN_TO_BE_REPLACED

Twenty years after 9/11, the United States is recalibrating its war policy. However, its assertions that the era of endless wars is over are a myth, writes Maha Hilal END_OF_DOCUMENT_TOKEN_TO_BE_REPLACED

Migrants are often maligned as being responsible for Europe's problems. Yet their integration is in Europe's interest. Michael Thaidigsmann believes that a long-term vision is ... END_OF_DOCUMENT_TOKEN_TO_BE_REPLACED
Author:
Claudia Mende
Date:
Mail:
Send via mail

END_OF_DOCUMENT_TOKEN_TO_BE_REPLACED
Social media
and networks
Subscribe to our
newsletter