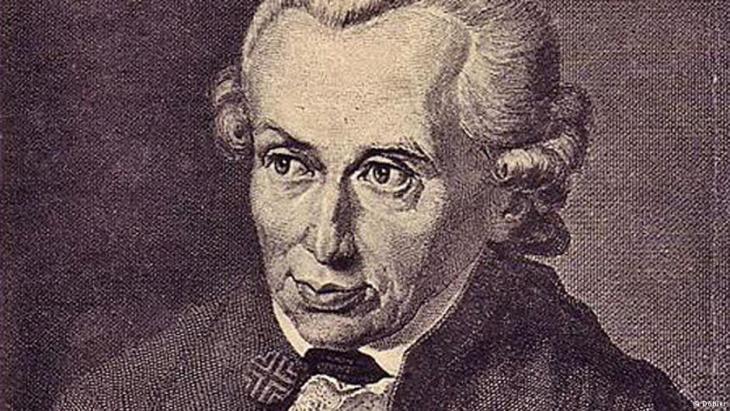 A trans-cultural dialogue on enlightenment

Writers Rachid Boutayeb and Michael Roes demonstrate how inter-cultural dialogue can be conducted without relinquishing the claim to enlightenment. Their debate has been published in German and in book form by publishing company Alibri and is entitled "Der eifersuchtige Gott" (The Jealous God). Martin Bauer spoke to both authors about origins, foreignness and their shared interest in enlightenment

How did this West–East intercultural dialogue come about?

Michael Roes: Rachid Boutayeb approached me after an event – I think it was the Berlin premiere of my documentary film "Stadt des Glucks" (City of Happiness) – which I shot in Algeria in 2003. This initial encounter was the start of a conversation that continues to this day.

What were your expectations when you left Morocco, and what did you expect to discover in foreign parts?

Rachid Boutayeb: I left Morocco with one thing foremost in my mind, to at last live freely and be free. Not because I experienced Morocco as a prison – quite the opposite, in fact – but I wanted to liberate myself from the power of the family.

You never feel at ease in the paternal home – we've known that since Kafka's "Letter to His Father". After all my odysseys and all the years I spent in foreign places, I see how illusionary my efforts to liberate myself from the patriarch and patriarchal culture were. You can't simply turn your back on the past; the past you have not dealt with just keeps cropping up again and again.

The text speaks of your "interest in the interaction with the other". Is "distance" to be principally understood here in a spatial context?

Michael Roes: No, in this context distance is not a spatial or topographic concept but a cultural, communicative one: how can I communicate with the other and ensure I understand him "correctly", and that I am "correctly" understood by him? I encounter this "other" from birth, he is not the "stranger" in the colloquial sense, but always the proximate person (father, siblings, fellow students …), who are – whether by choice or through fate – close to me without actually being familiar to me. 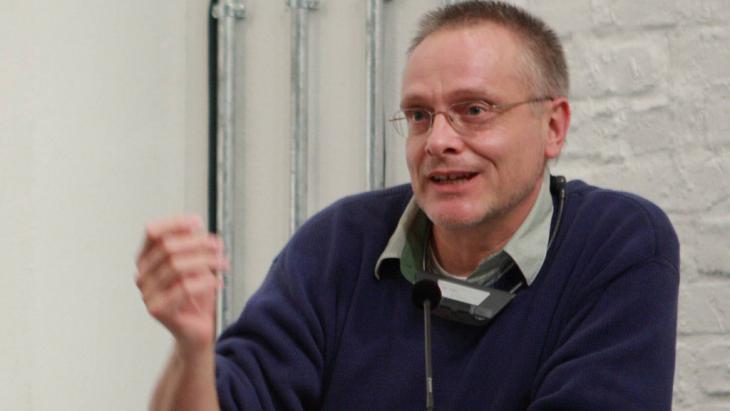 The German writer and filmmaker Michael Roes was born in Germany in 1960. Following his studies, he conducted extended anthropological field research in the Near East and America and wrote a number of highly respected works. In the year 2000, Roes filmed "Someone is sleeping in my pain", an Arab version of Shakespeare's classic Macbeth. He is the recipient of the first Alice Salomon Poetry Prize

You are a declared advocate of the European enlightenment, but at the same time you are critical of strict secularism. What would you put in its place?

Yes, I'm against any form of dogmatic communitarianism, but at the same time, I reject the arrogant stance of the secularists, which assumes the form of a dominant ideology, as is the case in France. The ideas of Habermas on the post-secular society are doubtless of great interest in this context.

Are there constellations in which it is not possible to talk about people without talking about God? And what impact does this have on a discourse of enlightenment?

Michael Roes: it is quite possible that such constellations do exist – in Koran schools or theological seminars, for example – but not for me. Every theological discourse on the subject of God is based on irrational and solipsistic assumptions, via which no understanding is possible. Of course we can talk about faith and religion in an anthropological or sociological context, but the "revelation" always alters the devout person's clear, enlightened perception of people. 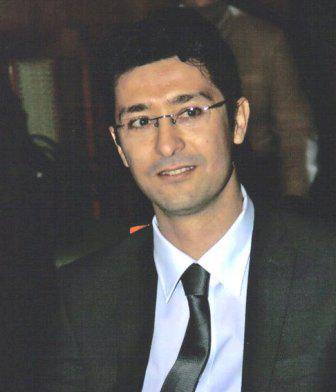 The German–Moroccan writer and philosopher Rachid Boutayeb is one of a number of renowned intellectuals who emigrated to Europe from an Arab country. While not denying his roots, he adopts an independent position that is not anchored in his native culture

What relationship should intellectuals in Germany have to Islam? What standards should they apply in their evaluation of the faith?

Rachid Boutayeb: We are dealing with a variety of views on Islam in Germany. There are migrant voices that have failed to understand both Islam and the modern age. They disseminate a vulgar discourse on Islam. They also write what the dominant discourse demands of them or dictates to them.

But there is also another discourse, one from which we can learn a great deal, particularly as Muslims, and by this I mean the work of German scholars of Islam who undoubtedly represent a paradigm shift in the perception of Islam. But what Islam needs today is unconditional criticism, because one can only show solidarity in criticism.

As a minority religion and in view of everyday discrimination in Germany, should different criteria be applied to Islam than to Christianity?

Michael Roes: No. That's precisely what discrimination is: differentiation, where what is essentially being dealt with is the same.

Wherein lie the possibilities of a philosophical conversation? What insights can it bring? And what are the limitations of the concept?

Rachid Boutayeb: I'm not really sure if our conversation can solely be described as philosophical. We didn't aim for a philosophical debate, at least as far as I'm concerned, I was primarily interested in writing the story of our encounter, in polyphonic form. And in my experience, you learn a great deal about yourself – not just about the other – in conversation. Conversation is an art; the art of learning from the other. In this context, the concepts are actually superfluous!

Michael Roes: I wouldn't talk about the possibilities, but of the necessities of the conversation, which is not just a philosophical one. It is primarily and possibly exclusively conversation that gives me and the other an identity and scrutinises my perception of reality.

There is no absolute truth, but a reassurance through the conversation that my perception is gaining an increasing proximity to the world's own reality, which perhaps consists of nothing other than the sum of all possible perceptions of itself.

Home
Print
Newsletter
More on this topic
Interview with Hachem Saleh: "We should take the path of religious enlightenment"Interview with Hazem Saghieh: Beyond the authority of religion and the rule of family clansMohamed Talbi: ''Religious dogmas terrorise the spirit''Qantara.de dossier: Dialogues
Related Topics
Criticism of Islam, Dialogue of Cultures | Intercultural Dialogue, Dialogue of Religions, Enlightenment, European Islam, Islam in Europe, Church, Secularism in the Islamic world
All Topics

Initial statements by the Biden administration indicate it will follow a carrot and stick policy towards Turkey. Ankara believes its role in negotiations on various issues could ... END_OF_DOCUMENT_TOKEN_TO_BE_REPLACED

Investigations by German federal prosecutors into the evidence of chemical warfare in Syria are ongoing. Deutsche Welle and Der Spiegel gained exclusive access to witnesses and ... END_OF_DOCUMENT_TOKEN_TO_BE_REPLACED

Did the Saudi state plan the assassination of Jamal Khashoggi? Was Khashoggi so much of a threat to the Saudi regime that it was prepared to commit a terrible crime to get rid of ... END_OF_DOCUMENT_TOKEN_TO_BE_REPLACED

Omid Nouripour fled Iran for Germany with his family at the age of 13. Today, he is foreign policy spokesman for Germany’s Green Party. He argues that societal differences should ... END_OF_DOCUMENT_TOKEN_TO_BE_REPLACED

Last week Egypt's police stepped up an "unprecedented escalation" on activists by arresting a leading rights group director. Advocates on the Nile have long weathered a crackdown ... END_OF_DOCUMENT_TOKEN_TO_BE_REPLACED

What drives young men into the arms of Islamist extremists – and how can they be re-integrated into society? Five years after the deadly attacks in Paris, urgent questions remain ... END_OF_DOCUMENT_TOKEN_TO_BE_REPLACED
Author:
Martin Bauer
Date:
Mail:
Send via mail

END_OF_DOCUMENT_TOKEN_TO_BE_REPLACED
Social media
and networks
Subscribe to our
newsletter