The subject of colonialism, which you wrote about in your last book, "Wessen Erinnerung zählt?" (lit: whose memory counts?) is equally complicated.

Terkessidis: I am glad that we have now started to talk about it in Germany, but I do think that the debate is too much limited to the colonies in Africa. The German imperial project was also a very continental one. For 150 years, Polish-speaking areas were part of Prussia or the German Empire. Why don't we also talk about colonialism there? Then there was the "Drive to the East ", the project of economic penetration and moral conquest by foreign cultural policy in Eastern Europe, the Balkans or the Ottoman Empire. It was a different concept of colonialism to that of France or Britain. Yet it is still having an impact on many levels today, whether through the widespread cliches about Poland or in the austerity policy towards Greece.

Remembering the refugees of Lampedusa

Lampedusa is a small island in the Mediterranean Sea. Although it belongs to Italy, it is closer to Tunisia than it is to mainland Italy. It is one of the main points of entry for African refugees wanting to get to Europe. Mamadou Ba is a Senegalese citizen who lives in Portugal. His poignant and thought-provoking photos highlight the fate of all those – living and dead – who have set off across the sea from North Africa in search of a better life. 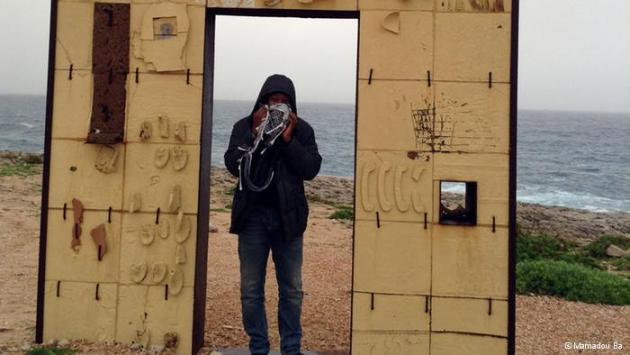 Lampedusa Gate, Lampedusa. Mamadou Ba from Senegal has been living in Portugal since 1997. He is a human rights activist for the non-governmental organisation SOS Racismo. His images of Lampedusa are a haunting reminder of what happens to refugees who risk their lives crossing the Mediterranean in the hope of reaching Europe. 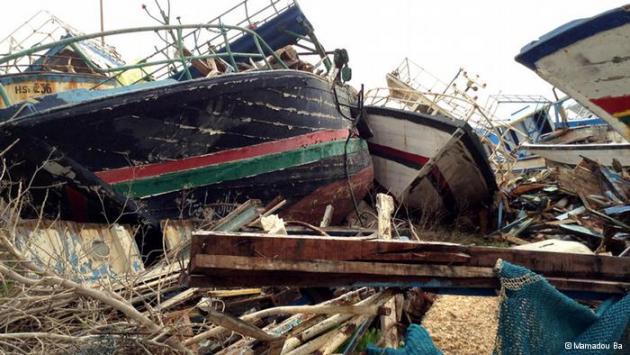 The graveyard of the boats on Lampedusa: hulls and broken parts of boats that have brought refugees from Africa to Europe pile up in Lampedusa's graveyard of the boats. Countless people have lost their lives in tragic circumstances, trying to make it to this tiny Italian island. The greatest of these tragedies unfolded on 3 October 2013, when 366 refugees were killed when their boat sank within sight of the Lampedusa coastline. On 11 January 2014, about 200 refugees were saved by the Italian navy. 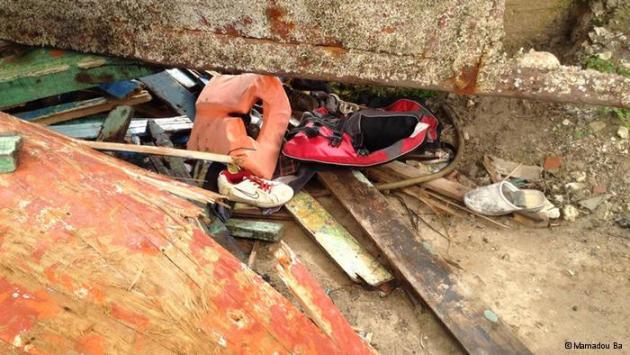 Watery grave: the waters around the island have become a graveyard for so many migrants. "People die because they set out in search of a better life," says Mamadou Ba. In October 2013 alone, over 400 people were killed in two separate incidents on the stretch of water between North Africa and Lampedusa. Most of the dead came from Eritrea and Somalia. 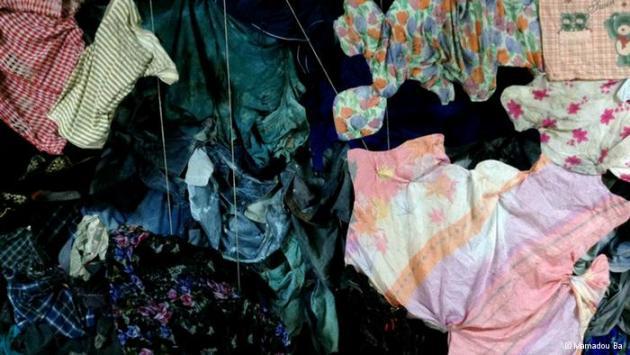 Remnants of a journey that was filled with hope but ended in disaster: little is known about the people who did not make it across the sea to Europe, but died along the way. Most of them are just anonymous numbers in the statistics. Sometimes, the only trace of them that remains are clothes, such as these items that washed up on the island of Lampedusa. 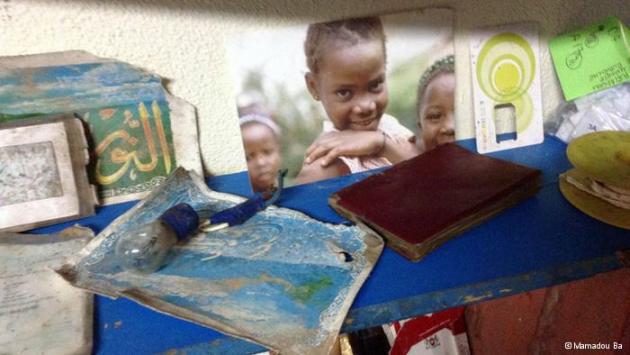 Keeping the memory alive: a small museum has been set up on Lampedusa to exhibit the personal belongings of those who died when their boats sank. The exhibition includes passports, photographs and hand-written notes. "Although the people are dead, these objects help us remember them. Some of them show us that these refugees were just simple people with simple dreams," says Mamadou Ba. 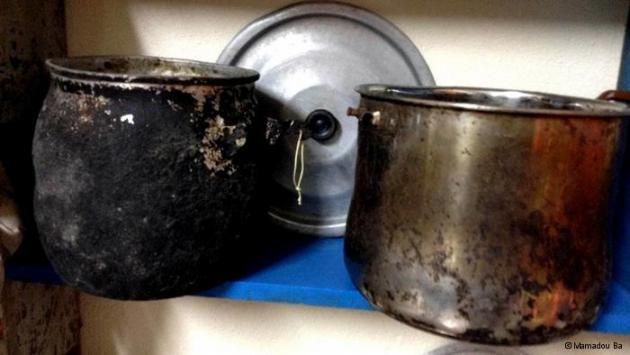 Some migrants take straightforward necessities such as saucepans when they leave their native homes. It is not possible to say whether the saucepans exhibited in the museum belonged to refugees who never made it to Lampedusa or from survivors who lost all their belongings during the crossing. 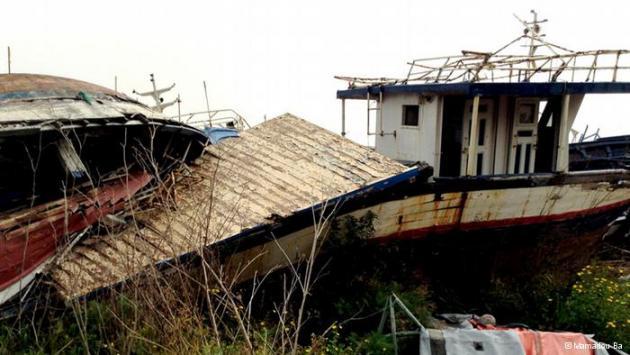 Visitors are reminded of the refugees at many spots along the 9-km-long island. "These traces keep alive the memory of those refugees who lost their lives," says Mamadou Ba. Lampedusa is situated about 205 kilometres south of the Italian island of Sicily and only about 130 kilometres north of Tunisia. This makes Lampedusa the ideal springboard for those desperate to get to Europe. 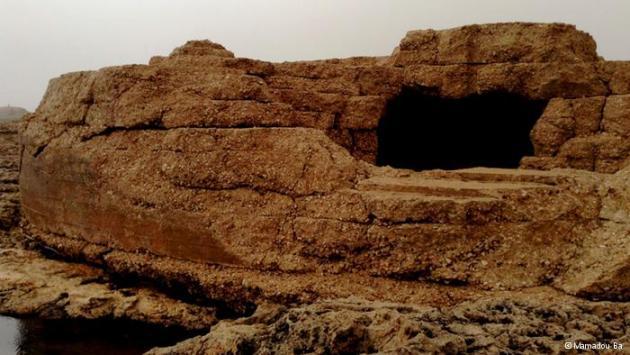 "Fortress Europe": this bunker, which dates from the Second World War, is symbolic of the European Union's attempt to keep its borders firmly closed. In February, about 400 representatives of civil society protested against the EU's refugee policy and called for a new European immigration policy. In view of the many people who have lost their lives at EU borders over the years, they demand greater respect for the human rights of refugees. 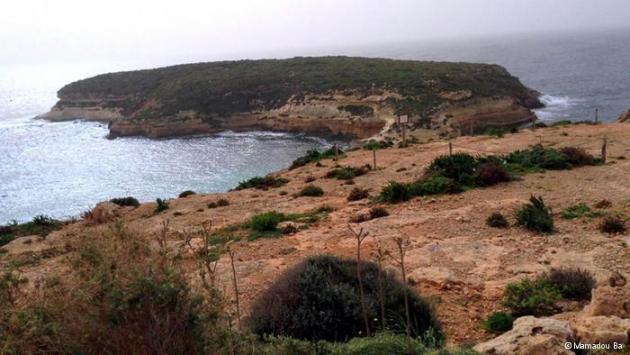 The sea around Lampedusa: the inhabitants of this small Mediterranean island hope for better days. However, only very few believe that the flood of immigrants – and the tragedies that go hand in hand with their attempts to reach the island – will end without a radical overhaul of Europe's immigration policy.

You may also like: The German Empire and the Armenian genocide – Turning a blind eye

Why is there so little debate about this today?

Terkessidis: Until recently, there was little knowledge about colonialism at all. The memory of the Shoah occupied the foreground because the crime was so monstrous. Since the nineties, however, with the debates about forced labour and the crimes of the Wehrmacht, other victims have also come into focus. If I let 3.3 million Soviet prisoners of war starve to death behind the front lines, what kind of opinion do I have of these people? Is that not imperial, colonial thinking? What mentality is it that makes it possible to burn down 1600 villages in Greece? The "forgotten victims" of the Second World War are now being remembered, the victims in Poland, in the former Yugoslavia, in Ukraine. I would argue in favour of linking the debate on colonialism with the debate on the "forgotten victims".

How do Poles or Greeks react when they are described by you as formerly colonised?

Terkessidis: I have not yet had the chance to discuss that with them. The term "crypto-colonialism" has however already been coined in Greece.

I guess we also find it difficult to imagine the Poles as a colonised people.

Terkessidis: Because they are "white"? German Jews didn't look any different either, so people tried to give them big noses or other "racial" characteristics. The SS even examined the "Volksdeutsche" from the Baltic States to see if they were also "racially" German enough. When the impoverished peasants from Oklahoma migrated westward in the USA during the Depression, they were given the same clichés as the blacks: stupid, useless, violent. In crime novels of the twenties, Greeks and Armenians have the same image as the Jews: they were considered sleazy types of traders. Racist ideas are not just about skin colour.

Historian Achille Mbembe is under fire for his criticism of Israel, but also because, like others, he draws a line from colonial atrocities like the genocide of the Herero to the Holocaust. This is held against him as a relativization.

Terkessidis: The author Michael Rothberg distinguishes between competitive and multidirectional memory. The former prevails because one wants to achieve something politically. The Holocaust has also become a global model for racist victim experiences. This is why black activists have spoken of slavery as a kind of Holocaust. At the same time, Israel is very sensitive to the uniqueness of its own victim experience. I am in favour of multidirectional forms of remembrance, because they enable us to move forward together.

How do you interpret the debate surrounding Mbembe?

Terkessidis: Even German historians have said that Germany anticipated its subsequent methods of extermination policy in German South West Africa. And nobody has got upset about that to date. Nobody outside of Germany can understand what the fuss is about. That the federal anti-Semitism commissioner has, so to speak, decreed how a "foreign scholar" should talk about the Holocaust! If Mbembe is to be linked to anti-Semitism, then which one of us is not anti-Semitic? Micha Brumlik is already talking about a new McCarthyism.

Shouldn't our Nazi past and the process of coming to terms with it have led to a particularly progressive and open approach to minorities?

Terkessidis: I don't think we have made bad progress in the politics of remembrance. The debate on overseas colonialism had scarcely begun when the coalition parties entered the subject in their coalition agreement. The decision of the ministers of culture on restitution also came quickly. How that will go down, we will see. But these decisions are great successes.

Basically, we should now make a kind of anti-racist inventory of the laws, the authorities and the police. And from our previous experiences with remembrance policy, we need to take a critical look at "our" culture, from its monuments and its institutions to the lessons we can learn from its history: what is the overriding perspective? Wouldn't it make more sense to understand Germany as a node in a transnational network rather than as a container? We should not see it as a terrible thing, but as a programme of innovation essential to making the country work better for everyone.

As a publicist, Mark Terkessidis is primarily concerned with the subject of racism. In his latest book, "Wessen Erinnerung zählt?"  (lit. whose memory counts?) he examines the legacy of German colonial history.

After the devastating fires in the Moria migrant camp on Lesbos, Muhammad spent days on a sealed-off section of road with thousands of others. His most fervent wish is to leave ... END_OF_DOCUMENT_TOKEN_TO_BE_REPLACED

After the al-Qaida terrorist network attacked the US on 11 September 2001, Germany backed the US-led military and diplomatic mission in Afghanistan – and still does. Nineteen ... END_OF_DOCUMENT_TOKEN_TO_BE_REPLACED

It's been over five years since the attacks on French satirical magazine Charlie Hebdo and the Jewish supermarket Hypercacher in Paris. The long-awaited trial might bring ... END_OF_DOCUMENT_TOKEN_TO_BE_REPLACED

Refugees are expected to show gratitude and humility towards the country that has taken them in. In her new book, "The Ungrateful Refugee", Dina Nayeri sets out why this is a ... END_OF_DOCUMENT_TOKEN_TO_BE_REPLACED

Political scientist Hugo Micheron on the origins of Islamist terrorism in France, his conversations with jihadists – and on the trial now beginning against the perpetrators of the ... END_OF_DOCUMENT_TOKEN_TO_BE_REPLACED
Author:
Jorg Hantzschel
Date:
Mail:
Send via mail

END_OF_DOCUMENT_TOKEN_TO_BE_REPLACED
Social media
and networks
Subscribe to our
newsletter