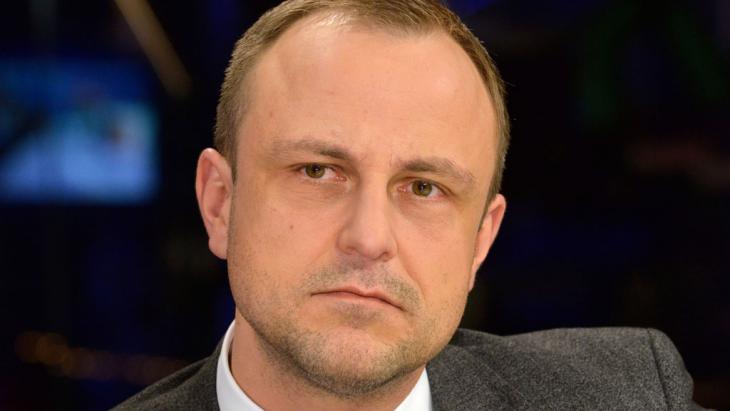 The political scientist and Islamism researcher Peter Neumann sees the so-called "Islamic State" as a "hybrid of insurgency group and state", the success of which is based on constant expansion and a looting-based economy. Interview by Michael Erhardt

A large share of the world's refugees comes from Syria and Iraq. Muslims are thus deserting the so-called "Islamic State" in droves – and running straight into the arms of the "infidels". Is IS experiencing a crisis?

Peter Neumann: Muslims are not only fleeing from IS-occupied territory. But Islamic State has declared in no uncertain terms in video messages and even fatwas that it is "a great sin" to leave IS and flee to Europe. There is a religious obligation to remain in the "Islamic State", because nowhere else can one allegedly live in such a perfect society. But naturally IS does not want to lose the population in the territories it has laid claim to – for both ideological and economic reasons.

Over the last two years, we have seen many moderate and educated people fleeing from the IS-occupied areas. That is why there are no doctors or engineers left there. And oil production is at a standstill, because there is no one left who knows how to operate the wells. This confronts the IS with huge problems.

The media recently reported that IS has had to cut its fighters' wages in half. Are we now witnessing the slow economic decline of the Caliphate project?

Neumann: Those reports were based on documents chanced upon by one of my colleagues, Aymenn al-Tamimi. They show that within the IS core zone in Syria and in Iraq an economic crisis has taken hold. 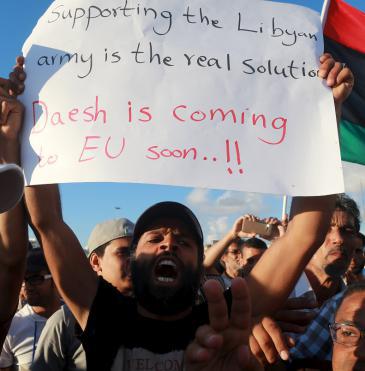 Islamic State knocking at the gate: if the jihadists manage to establish themselves successfully in Libya, occupying the oil fields south of Sirte in the process, the organisation will become self-financing, asserts Peter Neumann

For one thing, this has resulted in the wages of IS fighters being cut, which represents the most significant indicator of a decline, because the fighters are among the social "elite" of Islamic State. And for another thing, no proper medical care is available anymore, no doctors. In the areas controlled by IS, parents now have to pay for their children's school books and textbooks. This was previously not the case.

The looting economy of the IS requires that the military presence must constantly expand to keep the economy in the core areas it controls alive. I definitely see parallels here with Nazi Germany. Back then as well, the economy relied completely on military expansion, meaning that new areas had to keep being conquered, annexed and exploited. IS faces a very similar situation.

Are the "holy warriors" of IS misrepresented in the media? Many of the soldiers appear to have no ideological goals but merely want a fixed salary and free housing ...

Neumann: Take a look at Germany: when the Nazis came to power, the entire population didn't automatically embrace the Nazi ideology. Not even all the members of the Nazi party towed the ideological line; there were many opportunists. In principle, many of those who joined the Nazi Party after Hitler seized power did so for career reasons. And the same thing is true in the case of Islamic State. Therefore, we ought not to assume that those who are fighting in Syria and Iraq are all staunch supporters of the ideological cause. Many are joining in because they hope to gain certain privileges and economic rewards.

Another reason for the success of Islamic State in Iraq and Syria is the prevailing sectarian conflict there. IS has deftly intervened in this conflict. It is the most powerful group fighting against the Iraqi government of Nouri al-Maliki and at the same time against the minority rule in Syria. 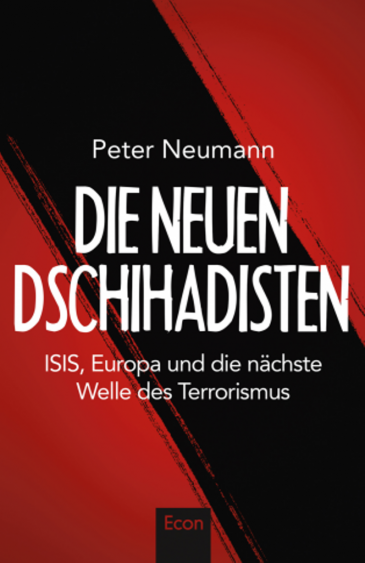 Provides a comprehensive picture of the jihadists′ totalitarian utopia and the economic concept behind Islamic State: Peter Neumann works as professor of security studies at the International Centre for the Study of Radicalisation (ICSR), King's College London. His book ″Die neue Dschihadisten. ISIS, Europa und die neue Welle des Terrorismus″ was published by Econ in 2015

In your book "The New Jihadists", you expressly warn against fear-mongering and anti-Islamic sentiment in Germany. At the same time, you have frequently indicated that "there will be attacks in Germany". That sounds quite contradictory ...

Neumann: My argument has always been that we have tended in the past to extreme reactions – whether in Germany or in other countries. When an attack occurred, panic suddenly broke out – with people seeing terrorists hiding behind every mosque. And then when nothing happened for two months, they said we could stop worrying. But we have to deal with this threat realistically: it exists and further incidents will certainly follow. Probably there will even be attacks similar to those in Paris before the year is out. We should therefore stay realistic, which would also prevent a renewed panic reaction after a further attack.

So will we have to just get used to this threat?

You believe that today there is an increasing risk from the right margins of society as well, which not only promote polarisation but also represent a serious menace for Europe's Muslims. Is it the goal of the jihadists to exacerbate social divisions even further with their attacks?

Neumann: It is a consequence. Whether this is specifically intended by Islamic State, I am not able to judge. It may very well be, but I always look for actual proof for a thesis. And I have yet to see any statement or document issued by Islamic State in which this objective has been clearly formulated. Of course IS, just like al-Qaida before it, does aim to bring about a situation in which Muslims are faced with a choice: "Am I in favour of Islam as represented by IS, or do I stand with the enemies of Islam?"

The German political scientist Peter Neumann is a professor of security studies at King's College London and has since 2008 been head of the International Centre for the Study of Radicalisation (ICSR), the world's most prominent research institute on radicalisation and terrorism.

Among Muslims, the image of women as "cossetted hijab-wearing princesses" is frequently invoked. But Muslim women have long wanted to be more. In her essay, Karoline Roscher- ... END_OF_DOCUMENT_TOKEN_TO_BE_REPLACED

The USA and NATO plan to withdraw from Afghanistan by September. The operation is risky, the outcome uncertain. Many Afghans fear civil war. The quake on the Hindu Kush will also ... END_OF_DOCUMENT_TOKEN_TO_BE_REPLACED

Even in times of war and pandemic, refugees are still being deported to Afghanistan. Several deportation flights have taken place in recent weeks alone. Since those affected often ... END_OF_DOCUMENT_TOKEN_TO_BE_REPLACED

On 7 March, Switzerland became the latest European country to vote in favour of a so-called "burka" ban. It was yet another feather in the cap of the right-wing populist Swiss ... END_OF_DOCUMENT_TOKEN_TO_BE_REPLACED

German Middle East analyst Guido Steinberg and television journalist Ulrich Tilgner have both published new books on the conflicts in the Middle East. Their analyses and their ... END_OF_DOCUMENT_TOKEN_TO_BE_REPLACED

END_OF_DOCUMENT_TOKEN_TO_BE_REPLACED
Social media
and networks
Subscribe to our
newsletter