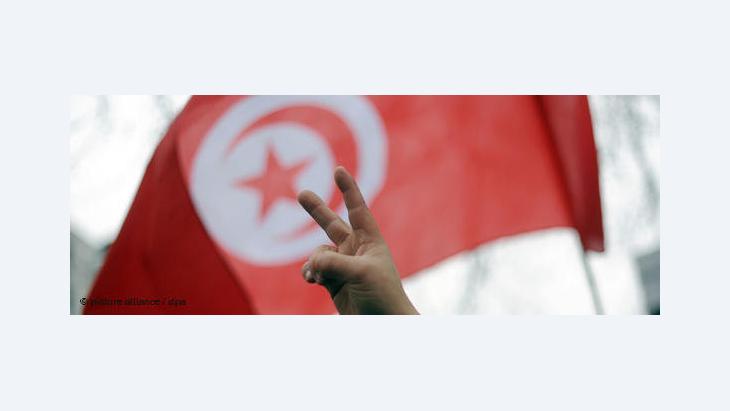 Interview with Ralf Melzer
''Tunisia's Reform Process Is On Track''

﻿A few weeks after its peaceful revolution, Tunisia must deal not only with reconstruction, but also with an influx of people fleeing civil war in neighbouring Libya. Considering the circumstances, Tunisians are handling things surprisingly well, says Ralf Melzer in this interview with Eleonore von Bothmer

﻿In Tunisia, is there currently a new sense of participation?

Ralf Melzer: Yes, during this revolution the people have shown that they can make a difference. Within a few weeks, they did away with a regime that was considered one of the region's most stable. This was really a grass roots movement, rising from down below. It has bolstered the confidence of society as a whole and of the young generation in particular. The desire for participation is clearly felt and, accordingly, a new sense of participation.

You have been in touch with civil society organisations for years. Are they being heard now?

Melzer: Yes, they are. They are no longer stigmatised and criminalised by their own government, but directly involved in the political process. Previously, the action of anyone with opposition leanings was drastically restricted. Today, the same people participate in commissions, committees and international development cooperation. They have assumed active roles, becoming more than mere critics. 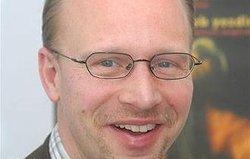 Ralf Melzer: "The Tunisians want recognition, respect and dialogue, while being treated as equals"

​​Melzer: One example is the Conseil de l'Instance Supérieure pour la Réalisation des Objectifs de la Révolution, which was established on 17 March. This council is drafting proposals for new electoral laws and a new constitution, for instance. It is supported by almost all strata of society. This council goes beyond the recommendations of experts that we saw immediately after the uprising. The Tunisian Human Rights League – a long-standing partner of the Friedrich Ebert Foundation – and other independent organisations are taking part. Before, they were powerless. Now, they are creating a new social order. This is very good news, and shows what kind of change has come about. Of course, there is still need for vigilance to ensure that the reform process stays on track. There still are adversities.

What is left of the old regime? Even Prime Minister Ghannouchi had to go.

Melzer: There are no more structures of the ancien regime that might wield any kind of power. Of course, old networks and cliques still exist. But there always were some reform-minded people in those circles too. A certain degree of continuity and expertise in administration and economy are indispensable. In any case, each individual and case needs to be considered separately. It must be found out who is guilty of abuses, and punishment obviously must follow. But it also matters to involve everyone who wants to help build a new Tunisia and become integrated in a pluralistic system. There must be some bridges to the old elite, otherwise real democratisation will hardly succeed. 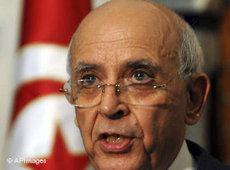 Forced to step down: Although head of the transitional government Ghannouchi announced a series of reforms following the toppling of Ben Ali, the opposition viewed him as a representative of the old guard

​​Does it make sense to speak of a revolution, or was this merely several changes of government in a row?

Melzer: I would call this a revolution. A grassroots movement has toppled the president, who had all power, and swept away the ruling party, the RCD, which was disbanded. Policy decisions are now being made by the newly established council and, from 24 July on, by the constituent assembly.

How does Tunisia cope with the flow of refugees from Libya?

Melzer: This is a huge challenge, just consider the labour market. Some 50,000 Tunisian workers have returned from Libya. Near the border, the refugees need assistance. International aid is finally under way. The UNHCR, the WHO and the EU are present. Several countries, particularly China and Thailand, are organising return trips for their migrant workers. Some 140,000 to 150,000 people temporarily fled from Libya to Tunisia. In spite of their own problems, Tunisians have shown remarkable solidarity, with people taking food and clothing to the refugees in the camps. The contrast with large and wealthy Europe is depressingly stark. While the EU panics in view of 5,000 refugees in Lampedusa, Italy, Tunisians are handling things surprisingly well.

How do you assess o the developments in Libya?

Melzer: Libya was an important trading partner for Tunisia in recent years, and many Libyans came to Tunisia as tourists or for medical treatment. But it is too early say anything about social or economic consequences. What is worrying people now is whether Gaddafi manages to stay in power or not. If he prevails, that might destabilise Tunisia. The Tunisians empathise with Libyans, and have a feeling of solidarity, but they are afraid, too. When Libya's ambassador to Tunis recently defected to the opposition, that was widely celebrated.

How do civil society organisations view the international debate on no-fly zones? 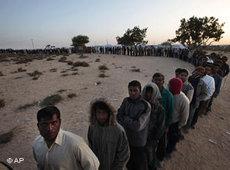 Refugees at the Libyan-Tunisian border: Tunisia has become temporary host to some 150,000 refugees

​​Generally speaking, people lack reliable information. There are feelings of helplessness and despair. Right now, everybody wants the slaughter to end. But no one really likes a long-term military scenario. On the other hand, the international community – including the African Union and the Arab League – is certainly expected to take a stand and protect the people, if need be, by military means. It is obvious, moreover, that one cannot go on with Gaddafi as if nothing had happened.

What do the Tunisians think of the EU?

Melzer: There are different levels. Emotionally, they would have expected more support in the revolutionary phase. And there is the – not altogether wrong – allegation that Europe, especially France, kept close to the old regime for economic reasons. However, there are also strong leanings towards the EU. People feel European benevolence and a willingness to help. Things are seen in shades of grey, however, not in black and white. Europe basically has a good reputation as a partner, and people know that they need this partner. The Tunisians want recognition, respect and dialogue, while being treated as equals. And they expect the signal that their country, after getting re-started, will see even more cooperation.

Are the tourists returning?

Melzer: There are some tourists, yes, but fewer than usual. Most likely, there will be a slump in the high season. For people who are politically aware, however, this would be the right moment to come here. Tunisia has shown an impressive desire for freedom and people prevailed in protests by peaceful means. It would be wrong to punish them by staying away. More than 300,000 jobs depend on tourism, and it is important that not too many are lost, since that might destabilise society even more – and vacations at the normal tourist spots are certainly not dangerous.

Her grandparents are Jews – born in Tunisia and Algeria. Director Cleo Cohen has now broken the silence about this with a very personal debut. By Nadine Wojcik END_OF_DOCUMENT_TOKEN_TO_BE_REPLACED

Moncef Marzouki was Tunisia's first democratically elected president after the fall of dictator Ben Ali. Today he is the most prominent critic of increasingly counter- ... END_OF_DOCUMENT_TOKEN_TO_BE_REPLACED

Asef Bayat, professor of Sociology at the University of Illinois, Urbana-Champaign, has been studying revolutions and how they affect people since 1979. In his recent book, " ... END_OF_DOCUMENT_TOKEN_TO_BE_REPLACED

Every year in December, the team at Qantara.de takes a look back at the articles that proved most popular with our readers. This year is no different. Here is a run-down of the ... END_OF_DOCUMENT_TOKEN_TO_BE_REPLACED

In this new bilingual edition, translated by Humphrey Davies, al-Jawbari, one of the thirteenth century's leading experts in skullduggery reveals all there is to know about the ... END_OF_DOCUMENT_TOKEN_TO_BE_REPLACED

END_OF_DOCUMENT_TOKEN_TO_BE_REPLACED
Social media
and networks
Subscribe to our
newsletter