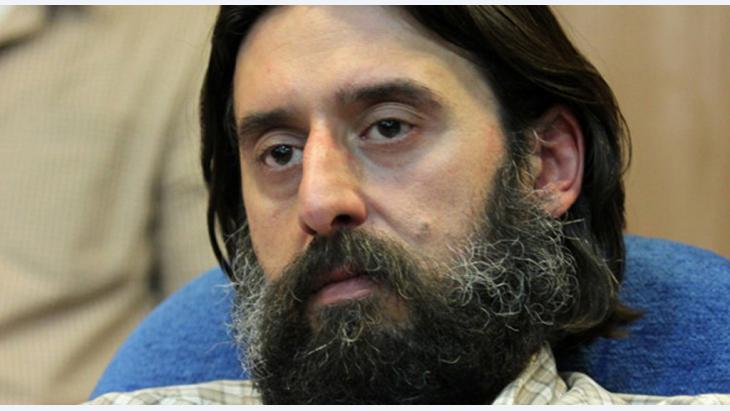 Ramin Sadighi, the founder of Iranian world music label Hermes Records, talks to Shahram Ahadi about the constraints on artists in the Islamic Republic, the battle against copyright infringement and what international sanctions mean for his record label

Mr Sadighi, let's imagine the following situation: your label comes to an agreement with an artist, and nothing stands in the way of producing a record. But there's still the matter of obtaining the necessary permit from the Ministry of Culture and Islamic Guidance (Ershad). Have you encountered problematic cases like this before?

Ramin Sadighi: I completely disagree with artists having to get a permit from the ministry because things like that are not only directed against the work of an artist, but against society as a whole...

Excuse me for interrupting you at this point, but what official channels does an artist have to go through in order to finally obtain the necessary permit?

Sadighi: There are three hurdles: if the type of artistic product we're talking about is song, then the whole thing first has to be passed by a so-called "song panel". They won't permit anything that insults Islam or any political content.

And therein lies the problem: a lot of artists in Iran today want to use their songs to address social problems in their country, and if the song panel doesn't agree with certain points, you don't get a permit. The decision also depends on which "evaluation team" the panel assigns. You can never say exactly where the boundaries between what's allowed and what is forbidden are going to be.

What about classical songs? Do you encounter similar problems there?

Sadighi: Yes. There are some songs about love, like for example some works by Molana (Jalal ad-Din Muhammad Rumi). It's often ruled that one verse or another has to be left out.

And what happens once you have actually managed to get a permit from the song panel?

Sadighi: After that, the musical product as a whole has to be approved in order for it to be released. The entire artistic endeavour is gone over by the "music committee". If you get over that hurdle, the music can finally be produced. But in the course of production, there can also be personal checks on the artist.

At the start of this conversation, you criticised these kinds of systematic checks. Why?

Sadighi: I don't agree with the control of music and lyrics. It suggests that we're not capable or educated enough to decide whether music is good or bad. In my opinion, it's the listeners who are best able to judge whether something's good or bad.

To what do you attribute this form of paternalism and control?

Sadighi: It's bound up with our country's cultural policy. They want to tell people what's good and bad. But if you look more closely, you'll see that music that has been produced all over the world is available to buy in the shops in Tehran the very next day – even though a lot of it is actually forbidden. Why aren't they putting a stop to that, I ask myself. In the meantime, I try to produce good music.

ECM Records in Munich seems to have a close connection with your label. What do you have in common? What brought you together?

Sadighi: When I was six years old, my uncle gave me my first ECM record, because he thought I should hear it. It was an album by Chick Corea called "Return to Forever". The LP cover was what made the biggest impression on me: it showed a flamingo flying over the sea. I wasn't aware at the time that it had been produced by ECM Records. It was only much later, when I knew a bit more about the music industry and started reading music magazines that I got to know ECM's work.

While we're on the subject, Manfred Eicher is a real role-model for me. He's somebody who was a success in this business for 43 years. No doubt about it: I'm an ECM fan and I proud of it! 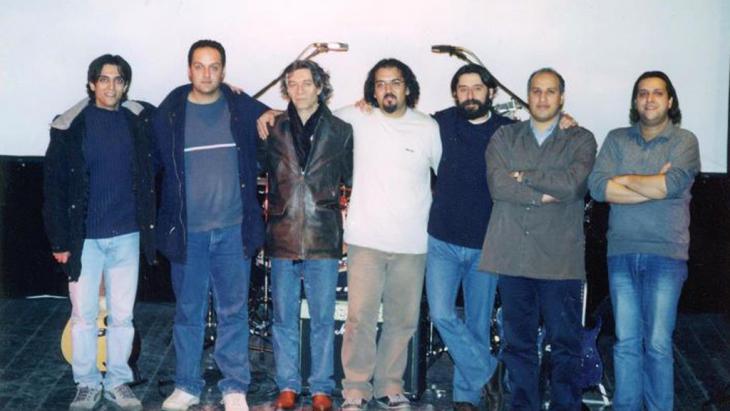 Iran's independent musicians face two major hurdles: the tight control of the Ministry of Culture and Islamic Guidance (Ershad) and the widespread problem of copyright infringement. The band Barad (pictured here) is one of the pioneers of Iranian rock. One of its first albums was released by Hermes Records

Manfred Eicher certainly had a particular musical philosophy and an approach to music that he followed consistently. To what extent is that continuity significant for you?

Sadighi: In my opinion, it's very important! ECM did exactly what the label's bosses themselves felt was important, independently of the music market. And with a lot of good work and patience, the public came round to their taste as well.

The most recent album by the Iranian singer-songwriter Soheil Nafissi is one of the most successful you've produced. Somebody wrote in an article that he thought this album was so incredible he would even be prepared to buy the original as well – the artist deserved it! To what extent does copyright infringement damage your label and your artists?

Sadighi: It's very damaging. But a lot of Iranians just don't know that an artist makes their living from these music productions. If music was like air for us, then consuming it wouldn't cost us anything. When somebody says "The artist has earned it", that of course implies he's doing the artist a favour. As if the artist earns his money some other way and is sitting on some kind of oil well! And now I'll give him 5,000 Tuman, which is about one euro, just to please him...

Another example: when Hermes Records produced the album "Be Tamashaye Abhaye Sepideh" and entered it for the Grammy Awards, a dentist from Kerman came to see us in Tehran with a big bunch of flowers, to thank us for the great album. And then he told us that over the last two or three years, he had copied the album for 200–300 people. He told us this in a very friendly way, and he really believed he had done a good thing. It's these people we have to tell that copying music albums is not allowed. You shouldn't turn the people who make illegal copies into scapegoats, but you really have to explain it to them in great detail.

Have the sanctions against Iran up to now had negative effects on Hermes Records? For example, when it comes to the provision of recording equipment and music productions?

Sadighi: The sanctions have also had a direct, negative effect on us. Four or five years ago, we had no problem selling our products internationally, but then we were confronted with the problem that, because of the sanctions in the banking sector, we couldn't get our money.

Buyers used to be able to transfer the money to a Visa account. But when the sanctions were put in place, foreign banks had to end their contracts with customers based in Iran. That means I have to use a lot of indirect routes, which also come with transfer costs attached, to get my money. It's a bit like this: "transfer the money to my cousin and he'll give it to Mr so-and-so," until it finally reaches me. It's also a question of prestige. People say: "But you've got a registered company and a reputation! Why do I have to transfer the money to your cousin?"

Another problem is that production costs have gone up. Paper has become very expensive in Iran, as has printing, studio equipment and the raw materials for production, like resin and plastics for the CD cases. If these costs rise, then of course our end price rises as well. And the more our prices go up, the more copyright infringement we have to deal with.

Home
Print
Newsletter
More on this topic
Music and power in Iran: An instrument of propaganda and controlMusicians in Iran: An uphill struggle all the wayIranian musician Shahram Nazeri: The Persian nightingale and the flowers of hope"New Sounds of Iran": Busting geographical and cultural boundaries
Related Topics
Iranian music, Musical worlds
All Topics

Iranian author Fariba Vafi is adept at describing everyday scenes and concealing within them something ambiguous, in parts strange and grotesque. She writes novels – which have ... END_OF_DOCUMENT_TOKEN_TO_BE_REPLACED

In her latest exhibition in Japan, Farzaneh Khademian depicts figures who seem detached from their surroundings. In interview with Qantara.de, the Iranian photographer and painter ... END_OF_DOCUMENT_TOKEN_TO_BE_REPLACED

The catastrophic human rights situation in Bahrain is being largely ignored by the rest of the world. Despite all the damning evidence, which includes a Human Rights Watch report ... END_OF_DOCUMENT_TOKEN_TO_BE_REPLACED

Talks to salvage the 2015 Iranian nuclear deal have entered their eighth round in Vienna. Even if a deal is struck and some of the sanctions are lifted, the state of the Iranian ... END_OF_DOCUMENT_TOKEN_TO_BE_REPLACED

Every year in December, the team at Qantara.de takes a look back at the articles that proved most popular with our readers. This year is no different. Here is a run-down of the ... END_OF_DOCUMENT_TOKEN_TO_BE_REPLACED

END_OF_DOCUMENT_TOKEN_TO_BE_REPLACED
Social media
and networks
Subscribe to our
newsletter