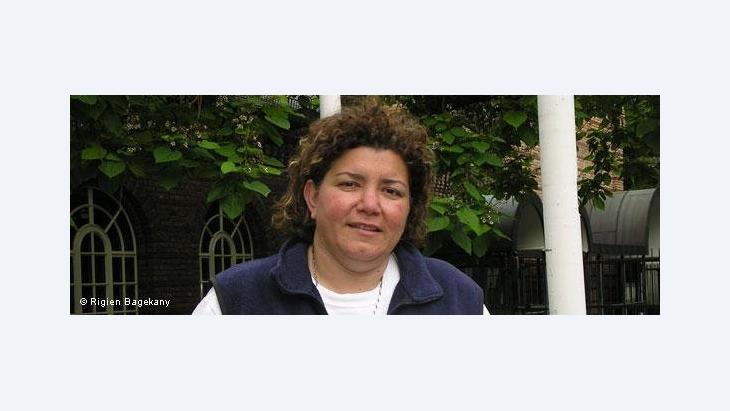 Interview with Rana Husseini
''Arabs Were Never Passive – They Were Oppressed!''

Rana Husseini is a Jordanian journalist and human rights activist who has been instrumental in bringing about fundamental changes in which Jordanian society deals with the issue of honour crimes. In this interview with Rigien Bagekany she talks about her work and the implications of the Arab Spring

Ms. Husseini, we are seeing an Arabic region in turmoil with severe human rights violations. How do you evaluate Western media coverage in this respect?

Rana Husseini: I think that there is a lot of interest in what is happening in the region, not only from Western media but also from the Arab media and local media. We also have another important medium which is the social media. Yet, it is very complicated for journalists to identify the magnitude of the problem. I believe that the media coverage is rather chaotic given that there is a great deal taking place in the region. Thus, the issue is not covered enough.

A new era of digital protest: Egyptians and Tunisians in particular used social media to mobilize protest for the Arab Spring revolutions

​​The image of the region is somewhat distorted in the western media. Nonetheless, it is positive that things are changing. What we are seeing now is historic in the majority of the countries. These changes show the Arab leaders that they can no longer dictate the lives of people and deprive them from their rights. People now feel they have a voice and are capable of making changes.

The Social media have played a great role in fuelling these uprisings. Will it also have an impact on societal change in the Arab world?

Husseini: Yes, the social media did play a major role, especially in Tunisia and Egypt. They have a big impact on people's lives. People now are more dependent on social media. It makes them empowered because they know that their message is conveyed to the world.

Youtube, Facebook and Twitter are exposing a lot but at the same time we have to be very careful because people also convey false messages and use social media to serve certain agendas. But overall I believe the positive aspects outweigh the negative ones.

Some experts argue that the changes in the Arab world might have a negative impact on women's rights, if ,for example, Islamist movements manage to attain political power. 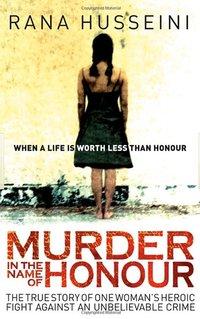 "The main concern is to save lives and empower women." Rana Husseini has successfully worked to secure changes to the law in Jordan to bring stronger penalties for crimes of honour against women

​​Husseini: This is one of the things we have to take into consideration. However, the situation is still chaotic in Tunisia and Egypt. The future of these countries is still unknown. Thus, it is too early to judge things.

In the past seventeen years you have been actively engaged in making the Jordanian public aware of the taboo topic of honour killings. What are the most important achievements in this field in Jordan?

Husseini: There have been numerous positive changes. The main concern is to save lives and empower women. We worked hard to document these cases and raise awareness. I feel Jordan has gone a long way in fighting this issue. For example, the judiciary now is handling these cases in a much more serious way, investigations are more thorough. In July 2009 a specialised tribunal was establishes at the criminal court to handle crimes in the name of honour. People committing these crimes have to serve much higher sentences than before.

The public awareness has increased and the public acceptances for these crimes are decreasing. The issue is no longer a taboo topic. There are more voices that are calling on the government to continue to adopt laws against crimes in the name of honour. The most important thing is to change people's attitudes towards accepting crimes in the name of honour and this is when you start to make a difference.

Crimes of honour occur in many countries of the world. Why is the issue of honour killing considered by many people in the West to have its sources in Islam?

Husseini: If we look at history and the ancient civilisations, we will find that women were punished and killed or burnt for adultery in various cultures, not just within Islam. Consequently, it is false to call these crimes as Islamic. Unfortunately, some western media outlets don't give their audience the full picture when they report these cases. As you mentioned, honour crimes happen everywhere in the world, also among people with different cultural or religious backgrounds than Arabs or Muslims. Unfortunately, since 9/11 the image of the Islamic and Arab world has been steadily associated with negative images in the western media, and the issue of honour crimes was often used in exclusive association with the Muslim world.

What can be done to counter those stereotypes? 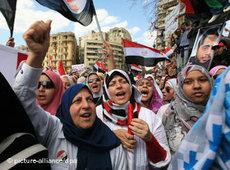 Resistance to despotism and repression: People now feel they have a voice and are capable of making changes, Husseini asserts

But when a Muslim commits a crime the murderer is immediately linked to his religion. We need a dialogue to solve the handling of these stereotypes of Muslims in the West because the image of Islam has long been distorted. The image of Muslims has been misused for many years, it is not a new appearance, it is not a new trend.

People in the Arab world have been characterised as being passive and incapable of defending their human rights. Is the Arab spring proving the opposite?

Husseini: The people in the Arab region were never passive but they were long oppressed, persecuted, physically tortured and killed for voicing their opinion and opposition. They were unable to make their statements clear. But we are witnessing a new era in the Arab world and people are now capable of change.

After a two-year hiatus, the Arab League re-convened at the beginning of November in Algiers against a backdrop of uncertainty and discord. By Pierre Boussel END_OF_DOCUMENT_TOKEN_TO_BE_REPLACED

In the run-up to the COP27 global climate summit, hosted by Egypt in November, it is worth noting that little rainfall, aggressive heatwaves and worsening drought make the Middle ... END_OF_DOCUMENT_TOKEN_TO_BE_REPLACED

In this essay, renowned Lebanese journalist and writer Hazem Saghieh asks whether the Arab Levant, which stretches from Iraq in the east to Egypt in the west, will remain an ... END_OF_DOCUMENT_TOKEN_TO_BE_REPLACED

With his fist bump greeting for a man he previously called a pariah, US President Biden has paved the way for Saudi Crown Prince Mohammed bin Salman's return to the international ... END_OF_DOCUMENT_TOKEN_TO_BE_REPLACED

The murder of a female student at Mansoura University in the Nile Delta has sparked a long overdue debate on femicide in Egypt. Karim El-Gawhary reports from Cairo END_OF_DOCUMENT_TOKEN_TO_BE_REPLACED

When times are tough, the exchange of ideas and perspectives becomes especially important. It takes dialogue. And at Deutsche Welle, we need distributors and cooperative partners ... END_OF_DOCUMENT_TOKEN_TO_BE_REPLACED
Author:
Rigien Bagekany
Date:
Mail:
Send via mail

END_OF_DOCUMENT_TOKEN_TO_BE_REPLACED
Social media
and networks
Subscribe to our
newsletter