Skip to main content
Interview with Rola Dashti, Member of the Kuwaiti Parliament

"Kuwait Is a Democracy"

In 2007 and 2008 Rola Dashti was listed among the world's 100 most influential Arabs. In 2009 she and three other women become the first women to enter the Kuwaiti parliament. Michele Dunne interviewed the Kuwaiti activist for democratic reform and gender equality 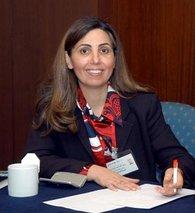 Dr Rola Dashti: "People in Kuwait see women as saviors, as the ones who will bring real change."

​​ Since the election of the current parliament in May 2009, relations between the parliament and the government seem to have improved, after many episodes in which the parliament was dissolved. In December, the prime minister agreed to be questioned by the parliament for the first time. Have relations changed and, if so, why?

Rola Dashti: There is no question that Kuwait in the last four years has gone through a lot of political turmoil, which created frustration about the prospects for democracy. In the May 16, 2009 elections people voted for a change and sent the message that they were fed up with the bickering between the government and the parliament. The parliament, particularly the new members, understood the message very well. The first test came only three weeks into our session, when there was a request to interpellate the interior minister.

The government accommodated the request and the interior minister went through interrogation and vote of no confidence procedure, and the parliament rewarded it by giving the minister a vote of confidence. It showed the government that if you're working and moving forward, you're going to get the support of the majority of the parliament. 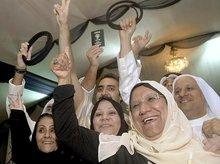 Women in the lead: Massouma al-Mubarak (second from right) is Kuwait's first female minister, sworn in on June 20, 2005. In this picture she celebrates winning a parliamentary seat in the 2009 general elections

​​After the recess there were requests to interpellate the prime minister, defense minister, interior minister, and municipality minister. The timing was very critical, because it happened just when Kuwait was hosting the Gulf Cooperation Council summit. There was tension in the air, because the prime minister is from the ruling family and might be a future emir. Luckily the government agreed to the interpellations and received in return votes of confidence for all four ministers, and as we say, the score was 4-0. So "4-0" has become a watchword to warn those who would like to disrupt stability and return to the old way of doing things.

The new parliament has also been able to pass some important legislation.

Dashti: The parliament wanted to move forward in the legislative process. We recently passed a very important law, which was the five-year plan. It states the economic and social reform policies that the country is going to undertake, which are very important because there is a major shift in social and economic policies, moving from entitlement to engagement, from consumerism to productivity. 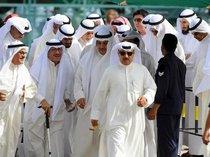 It's a man's world - or is it? Kuwaiti society is changing slowly but surely: Kuwaiti men in traditional garb on their way to the polling station

​​Other important laws passed include a security commission law to organize the equity market, a private labor law and a law for special needs, or disabled, citizens. There are a lot of economic reform laws in the pipeline: laws on privatization, commerce, and public procurement. On the social front, we will be looking into advancing women's rights, health insurance, educational reform, and social assistance.

You are among the first four women elected to the Kuwaiti parliament. What impact has the election of women had on the parliament and on Kuwait society in general?

Dashti: Kuwaitis were extremely joyful about having women in parliament; it reminded me of the joy after the 1991 liberation. The four of us were invited every day to parties, festivals, gatherings; it was as though the campaign was still on. But with that joy come high expectations; people see women as saviors, as the ones who will bring real change.

Within the parliament, we had to learn quickly, figure out the political structure, and get engaged in the important committees. In fact the male members started complaining that "you women are taking over the committees," because on every major committee - finance, legislation, foreign affairs, health, education - there was at least one woman. And this was when we had only been in parliament two or three weeks. After the recess we became more coordinated and managed to chair two very important permanent committees: education, media, and culture committee; and social affairs, labor, and health committee, which I chair. 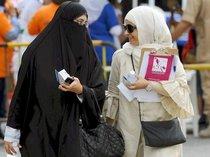 Women in Kuwait are now able to both stand and vote at national level. In the 2009 general elections, two-hundred-and-ten candidates ran for 50 seats; 16 were women

​​Women members also have brought discipline to the parliamentary system itself. We attend committee meetings and do our homework, which embarrasses some of the male members who do not attend. We don't engage in the mutual flattery which is traditional among male parliamentarians, and we don't hesitate to tell the media who shows up for committee and who doesn't. We are trying to change the bylaws because we cannot tolerate people being absent so much as they affect our output of finishing the required laws to send them to the floor for voting.

Are your votes on specific measures made public?

Dashti: Yes, people know how we voted on various issues. But we don't always vote in a populist way. For example there was a very popular law, which would have cancelled all interest on loans for citizens, for which we did not vote in favor of. Although it passed overwhelmingly in the parliament, fourteen parliamentarians - including the four women - opposed the law. And the government now has rejected it and society understood why we voted the way we did. Some people said "you are against the people," but others said "this is the way we expected women to vote, on behalf of the national interest."

It is premature after only six months to say how much women have contributed to society's advancement as parliamentarians, but I think we are moving in the right direction. The other positive factor is that the four of us know each other well. We are all long time activists in our various fields - I am an economist, another is an educator, and another an expert in foreign affairs - and we trust each other's judgment. So we are a caucus without saying we are a caucus. And we also coordinate closely with seven or eight of the male newcomers to parliament.

Kuwait is unusual in the region for having a legislative branch of government with real power. What in Kuwait's history or culture has allowed for this to happen when it hasn't in many other countries?

But there were also long periods where the parliamentary life was suspended.

Dashti: Yes, during the 1970s and 1980s, and people were vocal about it. So freedom of expression was deeply embedded in the culture of Kuwait. Before the 1990 invasion, parliament was suspended and there was a lot of tension, and Iraq thought that because of this, Kuwaitis would not support the ruling family. But the Iraqi regime did not realize that while we differ among ourselves on management of the country, we do not differ on who rules the country. And this is why you saw everybody in Kuwait rallying behind the ruling family.

Kuwait is a democracy, and after liberation it became the norm that if parliament is ever dissolved, it must be done constitutionally. And I think that having the prime minister being questioned by the parliament also reinforces democratic processes in Kuwait. This is how we look to the future, because we think that sharing power and decision-making is extremely important and this is how we can build lasting stability.

Interview with Mohamed Al Rumaihi
"Kuwaiti Women Are Pioneers of Reform"
Four years after the introduction of women's right to vote in Kuwait, women are entering parliament for the first time. Kuwaiti professor of sociology and journalist Mohamed Al Rumaihi analyses the results of the most recent parliamentary elections. Interview by Hisham Adem

END_OF_DOCUMENT_TOKEN_TO_BE_REPLACED
Social media
and networks
Subscribe to our
newsletter