"Turkey Belongs in the EU!"

Chairman of the German Bundestag's Committee on Foreign Affairs, Ruprecht Polenz, argues in favour of Turkish accession to the EU, and grapples with negative western perceptions of the nation, as well as of Islam. He spoke to Eren Güvercin 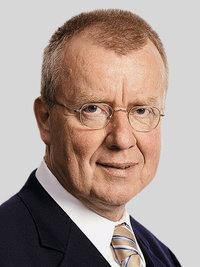 Minority-held view: The CDU generally holds a sceptical view of Turkish accession to the EU. Ruprecht Polenz is trying to change the party line

​​Herr Polenz, you have campaigned for a long time now for Turkish membership of the EU. It's a viewpoint consolidated in your book, which has just been published. But isn't yours a lone voice within your party, the CDU?

Ruprecht Polenz: I'm not alone, but mine is a minority-held view. I wrote the book to change that.

The Chancellor and broad sections of the CDU are more in favour of a "privileged partnership". Which arguments do you cite for full EU membership for Turkey?

Ruprecht Polenz: Turkey has earned a fair chance. If it completely fulfils the Copenhagen criteria not just on paper, but also in practice, then it must also be able to become a member of the European Union. It would be in the interests of both Turkey and the EU if this process is successfully brought to a close. But above all it depends on what happens in Turkey itself, whether society undergoes such profound change that it can be integrated into the EU.

Opponents of a full membership deal argue among other things that Turkey would not fit in with Europe on a cultural level. What is your view of these misgivings?

Ruprecht Polenz: This argument is one of the main reasons for public hostility to the idea, whether it is more or less subliminal or openly expressed. Upon closer consideration, this sense that Turkey somehow doesn't belong to Europe, that it is somehow different, ultimately conceals the question of differing religious affiliation, and a highly negative image of Islam. People are afraid of this Islam, they want to keep it at arm's length, and that's why people also don't want to see Turkey in the EU.

What is the source of these qualms?

​​Ruprecht Polenz: They are deeply rooted in history. If you look at school textbooks and the perception of history, the Occident is always presented in a kind of perpetual strife with the Orient, although closer analysis reveals that Islam was always an integral part of European history. The Ottoman Empire always had its part to play in the concerto of major powers. The modern fundamental European conviction that religion and the state should be separated actually makes it impossible to construct insurmountable political obstacles out of religious convictions.

In the wake of the latest crisis between Israel and Turkey, some are saying that Turkey is turning away from the West. Do you share this view?

Ruprecht Polenz: No, I don't. Although in my book I do criticise Turkey for lacking clarity in many of its statements on problematic nations such as Iran or Sudan. Above all, in my view Turkey committed a grave error at the UN Security Council when it refused to join its allies and the permanent members of the Security Council in voting in favour of sanctions against Iran. But otherwise Turkey's regional policy aimed at stability – "no problems with the neighbours" – is also in European interests, because we don't want candidate countries such as Turkey bringing unresolved regional problems with them into the EU. The current AKP government has initiated more reforms than previous administrations.

If you look at Turkey's particular geopolitical situation, is it not understandable that Turkey tries to keep all its options open? Does an inclination towards the Islamic world automatically have to be interpreted as the nation turning away from the West?

Ruprecht Polenz: Of course I appreciate that Turkey is developing its own regional policy approach. That's also in Europe's interest. But on the other hand, Turkey must for example see that in the case of Iran, Iran is conducting a nuclear policy that the entire international community finds deeply unsettling and that has even persuaded China and Russia to renew their backing of a UN Security Council resolution imposing new sanctions on Iran in a bid to end the standoff. 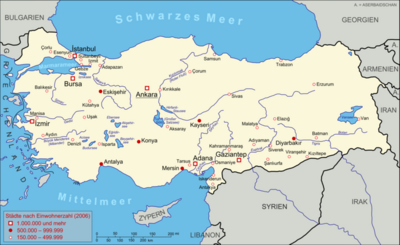 Not turning away from the West: Polenz sees no reason to object to the fact that Turkey has recently been conducting regional policies increasingly steered by its own interests, but he takes a highly critical view of Turkey's policy stance on Iran

​​ In that kind of situation, one can't side with Brazil and vote against such a resolution. In doing so, one endangers the success of this international policymaking. I am heavily involved with the Iranian question, and I know that there it's important that the signals that reach Iran from the international community are as cohesive as possible. It would have been much better if Turkey and Brazil had been on board.

Could it be that EU delays concerning Turkish membership have meant that Turkey is looking around for possible alternatives?

Ruprecht Polenz: I think that this sense of "we're being stalled here" is not very beneficial to the accession process. I also regret the fact that one is not sending a clearer signal to Turkey that it is welcome if it applies itself and is more successful. On the other hand the clever Turkish foreign policy community also knows only too well that the success of its regional policies is crucially dependent on the EU process. The potential of every foreign policy is dependent on the economic potency of a nation. If you see that with the launch of the accession process, foreign investment in Turkey has increased from around 1 to 2 billion dollars annually to more than 20 billion dollars annually, then this shows just how much hangs on the EU process. And if you are aware of that, then you don't wilfully alter the course of this process.

How do you appraise Turkey's domestic reform process? There is a sense that it has lost a good deal of its initial vigour, and that it has become bogged down…

Ruprecht Polenz: The image conjured up here in Germany is that of the "dancing procession of Echternach", a dance step requiring pilgrims to take two steps forward, and one step back. It's quite a fitting way of describing the reform process in Turkey. It was actually the case – and indeed it still is – that the current government has initiated more in this respect that many administrations before it. I very much hope that the appointment of Mr. Egemen Bagis to the post of chief EU negotiator will ensure that this reform momentum is maintained. 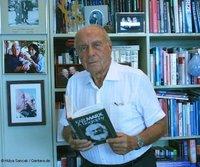 ​​ On the other hand, Erdogan appears to be serious about solving the Kurdish problem, even if this is unpopular with many voters. Nevertheless Erdogan is viewed with increasing scepticism in the West, and quite a few people have accused him of having a hidden, Islamic agenda. How credible do you believe these accusations to be?

Ruprecht Polenz: Of course I read these assessments of him. It's also important to me how other figures, such as the Turkish businessman Ishak Alaton, whom I hold in high regard, view this question. All these commentators tell me that he has continued to develop, that he does not have an Islamist agenda. He is certainly impulsive, but the concerns that the Turkish opposition is trying to spread about this government in other countries are unfounded.

Ruprecht Polenz is the Chairman of the German Bundestag's Committee on Foreign Affairs, a member of the German delegation to the NATO Parliamentary Assembly, and one of his party's most distinguished foreign policymakers.

Interview with Zülfü Livaneli
"The EU Has Treated Turkey Unfairly"
Zülfü Livaneli is one of the Turkey's most influential intellectuals. Hülya Sancak talked to him about his new film about Mustafa Atatürk, democracy and xenophobia in Turkey and the relationship between Turkey and the EU

END_OF_DOCUMENT_TOKEN_TO_BE_REPLACED
Social media
and networks
Subscribe to our
newsletter