"Europe Should Work for the Promotion of Democracy"

Saad Eddin Ibrahim is an Egyptian-American sociologist and one of Egypt's leading human rights and democracy activists. He is severely critical of Hosni Mubarak's regime. Giancarlo Bosetti spoke to him about the prospects for democratic change in the Islamic world 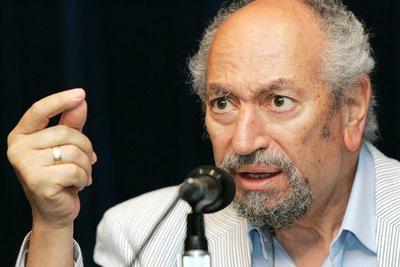 For many years, Dr Saad Eddin Ibrahim was Professor of Sociology at the renowned American University of Cairo and founder of the Ibn Khaldun Center for Development Studies and the Arab Organisation for Human Rights. He is now a visiting fellow at the Center for Middle Eastern Studies at Harvard University

​​Recent events in Tunisia and the demonstrations in Egypt suggest that democracy might be possible in an Arab country. Did recent events take you by surprise?

Saad Eddin Ibrahim: It took some months, but it was quite unexpected. For the last 10 to 15 years, many people have been talking about "Arab exceptionalism" – 25 years ago it was called "Islamic exceptionalism" – the theory that Muslims were somehow different to the rest of the world, and that this was the reason why they did not have democracy.

This so-called "Islamic exceptionalism" theory is wrong because 75 per cent of Muslims are actually ruled by democratically elected governments (Indonesia, Malaysia, Bangladesh, Albania ... not forgetting India with its 165 million Muslims).

Let us take Egypt as an example. Egypt created its first parliament in 1866, some 4 years before Italian unification and before Rome was made the Italian capital. Egypt was a democracy for almost 100 years until the Nasser Revolution of 1952, which brought to an end the Egyptian and Arab liberal age. I argue that the cause of this end was the establishment of the state of Israel.

Could you explain the link between the two events?

Ibrahim: The defeated Arab armies returned home looking for a scapegoat for their defeat in the first Arab–Israeli war. Although they realised that there were many reasons for the defeat, they put the blame on their liberally elected governments. Then, only three months after the signing of the armistice treaty with Israel, there was the first coup d'état in Syria, followed by those in Egypt and Iraq.

The Arab regimes – whether semi- or completely authoritarian – like to present themselves as a bulwark against the threat of Islamists assuming power. However, events in Tunisia were entirely secular. Islamism didn't play any part in them …

Ibrahim: At best, Islamists could get between 20 and 30 per cent of the vote in any parliamentary election. No more than that. These results come from research and surveys we have been doing in our centre, the Ibn Khaldun Center for Development Studies, over the last 30 years. However, in our part of the world, dictators use Islamists as bogeymen to frighten not only the West but also the local middle class.

Is there a kind of secularisation of society going on even under such regimes? Will the situation change in the near future?

Ibrahim: Islamists do exist in Tunisia, as they do in Egypt, Morocco and Algeria. They are not the majority but they are well organised. This is why if there were elections, Islamists would get the biggest block. This is why they appear to be the prevailing group.

Resigning step by step: Egypt's President Hosni Mubarak has declared that he will not stand for re-election again, but refuses to step down immediately

​​Ibrahim: Of course. There will always be two dimensions. The first one is the pan-Arab dimension: every Arab person from Iraq to Morocco feels that they have things in common: they all watch Al-Jazeera, listen to Egyptian and Lebanese songs, watch Egyptian movies. If an Arab country is playing a match against a non-Arab country, everyone will cheer for the Arab team. But if it is Algeria and Morocco playing soccer, then you can see how strong country loyalty is. It is just as strong as the common pan-Arab feeling.

Is the Mubarak regime as unpopular as Ben Ali's one?

Ibrahim: It is even less popular.

How do things stand with the opposition parties in Egypt?

Ibrahim: If there were free and fair elections in Egypt, Mubarak's party would get 40 per cent of the vote, the Muslim Brotherhood 20 per cent. Then, another 20 per cent would go to the al-Wafd party, a party established in 1919 but subsequently outlawed during the Nasser era. It then re-emerged some 20 years ago. It has significant grassroots support in rural areas and in the middle class. Mubarak's party would control the biggest block, but the balance would be provided by smaller parties.

Have you ever thought about returning to politics?

Ibrahim: In 2004, I challenged Mubarak when I declared that I was going to run as a candidate in the election and by saying that if he was sure of himself, he should change the constitution and allow me to run. Until that time, the constitution did not allow for multiple candidates. Under popular pressure, Mubarak agreed to amend the constitution in 2005, one year after I started my campaign. However, he made sure he would do it in such a way that it would be impossible for me to run. The candidate running for the leadership had to be part of a legally recognised party, and there was none. Furthermore the candidate had to have Egyptian citizenship only, whereas I had dual citizenship (Egyptian and American – ed.).

In an article about America's role in the evolution of the situation of Arab countries, you criticised Obama for not pushing enough for democracy. Do you still believe that Obama is wrong?

Ibrahim: When Obama came to power, he was told that the Arab–Israeli conflict was the main problem in the Middle East and that in order to make any progress there, including dealing with Iran and Afghanistan, he first had to resolve this conflict. This was partly true. However, what he really did was neglect the promotion of democracy. He failed to understand that democracy and peace are two sides of the same coin and that he should work on both sides simultaneously.

According to some Arab scholars, Turkey's role in the Arab world is changing. In the past, the Kemalist regime sought to contain religion, but today, the country is ruled by an Islamic democratic party.

Ibrahim: You are quite right. It is a good role model where you have Islamic-leaning parties which believe in democracy and observe human rights. I always make an analogy with the Christian democratic parties in Europe, including Italy. These parties work within a Christian frame of reference but they believe in democracy and participate in the political game. There are lessons to be learned from this model.

​​Will the countries of the Gulf have a role to play in the development of Maghreb and Mashreq countries?

Ibrahim: Kuwait is a good model. It has a democracy that has been in place for more than 50 years since independence. Kuwait is then followed by Bahrain. Its democracy is not as old as the Kuwaiti one but it is still solid.

What about Al-Jazeera, the pan-Arab television channel based in and owned by Qatar, and the Arab Democracy Foundation? Will they have a role to play and will they support the opposition?

Ibrahim: I was the first secretary of the Arab Democratic Foundation, and Sheikha Moza, the First Lady of Qatar, was the real figure behind the foundation. She has always truly believed that Qatar is ready. There is a 10-year plan to fully democratise it. There will be fully-fledged parliamentary elections in 2015.

What will Saudi Arabia's role be?

Ibrahim: Saudi Arabia will be one of the last countries to democratise. They had one experiment, a local municipal election in 2005. It was very dynamic, but then the process seemed to slow down. Saudi Arabia has all it takes to become a viable democracy. However, the royal family and the religious establishment still think that democracy is a Western import that threatens their power.

What would you suggest to the European Union and European governments to make them help the democratisation process?

Ibrahim: They should work for the promotion of democracy that America has neglected under Obama. They should be ready to help and give favourable treatment to any country willing to go ahead with this process, using membership or association agreements with the EU as a reward for countries that move forward with democracy.

Protests in Egypt
The Twilight of the Despots
In his essay, Stefan Weidner points out that Mubarak is not the only one who seems to have lost touch with the reality of the situation in Egypt, so too have Western governments and media

The Role of the Military in the Egyptian Power Struggle
Tipping the Scales?
President Mubarak deployed the military to restore public order in Egypt. So far, however, soldiers have been acting with restraint and have even been given an enthusiastic welcome in some places. Loay Mudhoon analyses the role Egypt's military is playing in the ongoing power struggle

END_OF_DOCUMENT_TOKEN_TO_BE_REPLACED
Social media
and networks
Subscribe to our
newsletter