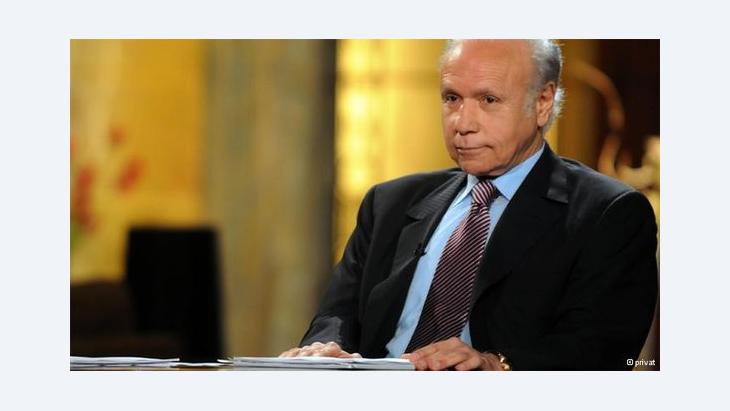 Egyptian entrepreneur and publisher Saleh Diab is concerned over the future of his country. Foreign investors are being discouraged by political conditions, and the nation lacks a vision for the future, he says. Interview by Kersten Knipp

Mr Diab, you own one of Egypt's most influential daily newspapers, the "Al Masry al Youm". Its sister paper is the English-language weekly "Egypt Independent". How would you describe the publication's ideological position?

Saleh Diab: It's an independent newspaper committed to representing the interests of all Egyptians. It exposes malpractice, but also tries to present solutions and ideas. This is why the paper is viewed by those in power – regardless of who that might be – as a platform for the opposition.

Government representatives essentially perceive criticism as opposition. That was the case for the Mubarak regime, and it's the same for the Muslim Brotherhood now. They see us as an adversarial publication – and not as one that considers the welfare of all Egyptians. Of course we're critical. Because good flourishes by itself, we would rather focus our attentions on the nation's problems. 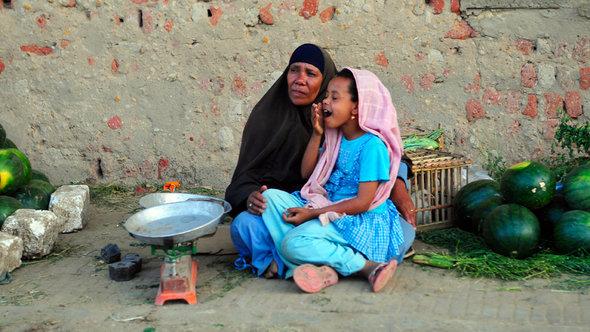 Climate of uncertainty: "Entrepreneurs are leaving the country. And if even Egyptians are leaving – why should investors come in from elsewhere?"

What's your view of the country's current political and economic climate?

Saleh Diab: The media enjoyed relative freedom under Mubarak. There was plenty to criticise back then. But today, everything must be viewed with a critical eye, at least much more than before. Take, for instance, president Mohamed Morsi's speeches: They are extremely vague, just like the accusations he makes.

For example, he claims there are 30 or 40 families in Egypt controlling the wealth of the nation. But if you ask the Egyptians themselves who's dominating the nation's economy, they'll reel off a long list of names.

Morsi on the other hand points at several individuals whom he says are trying to influence Egypt's political landscape and stability. But at the same time, he's not accommodating the needs of the Egyptian business community. That's why entrepreneurs are leaving the country. In view of this development, foreign investors cannot be convinced to invest here.

If even Egyptians are leaving – why should investors come in from elsewhere? This climate of uncertainty is a key contributing factor in the economic catastrophe facing the country.

The Egyptian economy is in tatters. IMF loan negotiations have just broken down. The country's official unemployment rate is 13 percent, but in the 14-29 age group it's over 70 percent. How do you view the nation's economic future?

Saleh Diab: The problem is no one was ready for the revolution. The Mubarak regime didn't expect it, and neither did the opposition. Even the Muslim Brotherhood was taken by surprise. But there's something else: We don't have a model to guide us. 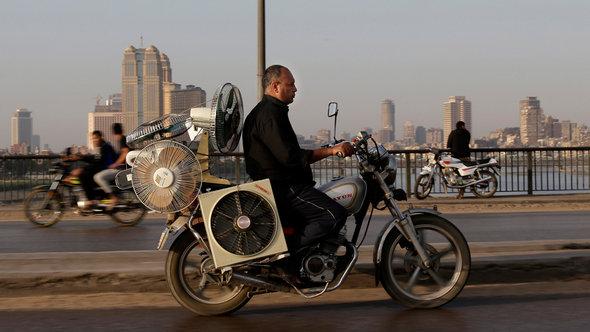 "We don't need billion-dollar aid packages. What we need is a plan, a clear vision of the future," says Saleh Diab. The country's official unemployment rate is 13 percent, but in the 14-29 age group it's over 70 percent

​​Environmental and human rights issues, the banking sector – hardly anyone knows how we should be tackling these challenges. That's why we need a politician with a clear concept for the nation's future. East Germany was able to orientate itself with West Germany post-1989. We don't have a model like this.

What does this mean for the future of the nation?

Saleh Diab: The future of Egypt depends on how the nation's problems are dealt with. Things simply can't carry on as they are; the problems are so large no one can ignore them anymore. They are having an impact on each and every Egyptian. We're seeing unprecedented rates of inflation. We're experiencing unprecedented chaos, as well as a new security problem. The issue is that although the leadership has been replaced, the old structures are still in place.

Can the West help Egypt shape its future?

Saleh Diab: The West can help by advising Egypt on how to shape its future – by acquainting Egypt with EU institutions, for example. We don't need billion-dollar aid packages. The funds would be used up within a month – perhaps even two weeks. What we need is a plan, a clear vision of the future. We don't need any dollars – after all, we're better practised than most at squandering those dollars. As long as we don't have a plan, financial aid is pointless. We need a model, a formula that we can pursue.

Saleh Diab is Managing Director of the PICO Group, a company mainly active in the energy and agricultural sectors. He is also the owner of "Al Masry al Yaum", one of Egypt's most influential daily newspapers.

Home
Print
Newsletter
More on this topic
The Economic Policies of the Muslim Brotherhood: Following in the Footsteps of the Old RegimePower Struggle in Egypt: Courting DisasterImpoverishment of the Egyptian Middle Class: A Frustrated People
Related Topics
Arab Spring, Arabellion, Democracy and civil society, Media in the Arab World
All Topics

Recep Tayyip Erdogan, disappointed by the European Union’s reluctance to integrate Turkey into its ranks, has re-directed his country’s diplomacy toward the Maghreb and Africa to ... END_OF_DOCUMENT_TOKEN_TO_BE_REPLACED

The Egyptian series "El-Ekhteyar 2" was created by a production company with close ties to the military – and pursues a corresponding narrative. Moritz Baumstieger explains how ... END_OF_DOCUMENT_TOKEN_TO_BE_REPLACED

Looking to mobilise the Egyptians, Abdul Fattah al-Sisi and his ministers will refer to them as the "people". As soon as the Egyptians demand something of the state, however, they ... END_OF_DOCUMENT_TOKEN_TO_BE_REPLACED

The rollout of coronavirus vaccines in the Middle East and North Africa is already taking place on a massive scale, with the United Arab Emirates leading the way. Nevertheless, ... END_OF_DOCUMENT_TOKEN_TO_BE_REPLACED

Egyptian singer Umm Kulthum continuous to be an icon, almost 100 years after she published her first record. But what about the other famous women of the 1920s? In his new book, ... END_OF_DOCUMENT_TOKEN_TO_BE_REPLACED
Author:
Kersten Knipp
Date:
Mail:
Send via mail

END_OF_DOCUMENT_TOKEN_TO_BE_REPLACED
Social media
and networks
Subscribe to our
newsletter