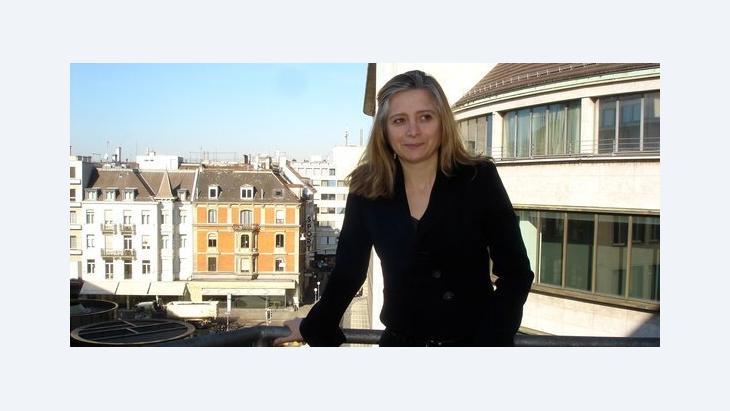 Interview with Samar Yazbek
Conveying the Suffering of the Syrian People

In her "Damascene Diaries", the Syrian writer and journalist Samar Yazbek documents the first months of the revolution. Since she has been in exile, she sees how Syrians have been left utterly alone. She has made it her task to give them a voice. Susanne Schanda met the author for an interview in Zurich

Samar Yazbek, you actively supported the revolution in its early months, collected witness testimonies, and finally published your journal. How do you feel when you observe events in Syria from abroad?

Samar Yazbek: I feel powerless and condemned to inaction here in my Parisian exile. Nonetheless, I continue in my attempts to support the protest movement in any way possible, even if it only means conveying the suffering of the Syrian people to those in the West. What I can do as a writer is to give these people a voice.

Is there anything that you can see clearer from a distance with respect to the uprising against the regime than when you were directly involved in events?

Yazbek: I now see things from the outside that I previously couldn't perceive. On the other hand, there is a lot that I don't see – the things you can only know when you are thick in the middle of events. There remains a lack of information. 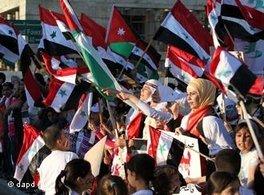 Resistance to the Assad regime: "The regime will certainly fall," Samar Yazbek says. "But a lot of blood will flow before it is finally gone"

​​What I can now see here in exile is the extent to which Syrians are utterly alone. I had expected much greater support from abroad for the protest movement and now I see that no one is prepared to do anything for the Syrians.

You were born in 1970, as Hafez al-Assad seized power in a putsch. Similar to a large portion of the Syrian population, you know nothing other than the Assad regime. When did you first become aware that something was rotten?

Yazbek: I began to take an interest in politics when I was 16 or 17. I was a communist. By the late 1980s, Hafez al-Asad was engaged in the brutal suppression of the opposition and many of its members were imprisoned. I was in a state of complete despair and realized that there was no scope for this society to change.

As a result, I retreated from politics and concerned myself with social issues such as women's rights and culture. When the revolution began a year ago in March, I was working as a writer and presenter in television. I sought out contact with activists and understood that the time had come to return to politics, as now there was once again the hope of change. I simply had to take part, because for me this revolution suddenly brought back to life an old, almost dead dream.

You had criticized the Syrian regime as an author and journalist even before the revolution. How far did you go in your criticism and how did state authorities react?

Yazbek: I did not criticize the state in state-controlled television, but exclusively discussed literature. I wrote articles for foreign Arab newspapers in which I dealt with social problems. But I did not cross the red line. Back then, I never criticized the Assad family.

Were you subject to censorship?

Yazbek: Of course, but in a very subtle way. Those not on the side of the regime are simply not integrated into everyday life. Therefore, they don't get a job. The regime tries to ruin your reputation, such as with the rumour that you are a spy for Israel. If you are a woman, they try to destroy your marriage. I was able to get around the censorship by publishing my novels and articles in Lebanon.

Did the fact that you belong to the Alawite community play any role?

Yazbek: I had the opportunity to benefit from this, but decided not to and instead tried to dissociate myself from this mechanism. I wanted to be regarded as a true and proper opponent of the regime.

​​I have an idea to write about current events in a novel, but certainly not before next year. It takes time.

In your book, you criticise the passivity of Syrian intellectuals. What concrete action should they take?

Yazbek: When I was writing at the beginning of the revolution, the intellectuals did nothing. They are the conscience of society and should get involved. Since then, many have taken a stand. Yet, if they had done so at the start, it would have strengthened the opposition movement.

The people on the street have moved much further along than the intellectuals. The passivity of the intellectuals is a consequence of the dictatorship. It simply smothers everything that arouses opposition.

In Egypt, the intellectuals and artists continue to play an important role in the ongoing revolution. Why are things different in Syria?

It seems clear that the Syrian regime will fall sooner or later. Is this your opinion as well?

Yazbek: There is no doubt whatsoever. The regime will certainly fall. But a lot of blood will flow before it is finally gone. The army is bombarding the cities. It will still take some time, but the end is coming.

Yazbek: After so many years of dictatorship, there will surely be problems. Perhaps there will be an increased turn towards religion, religious extremism or even chaos. But that will be a transitional phase on the way to democracy. It is already visible, far off on the horizon.

Very different Western reactions to the suffering in Ukraine and the Arab world show that there is a profound rift among cultures. Essay by Michael Young END_OF_DOCUMENT_TOKEN_TO_BE_REPLACED

United Arab Emirates strongman Sheikh Mohammed bin Zayed al-Nahyan, who was formally elected president on 14 May, has led a realignment of the Middle East, creating a new anti- ... END_OF_DOCUMENT_TOKEN_TO_BE_REPLACED

Middle Eastern countries are still on the fence when it comes to the Russian invasion of Ukraine. Their citizens point to the West's double standards surrounding conflict and ... END_OF_DOCUMENT_TOKEN_TO_BE_REPLACED

For over fifty years, British photographer Peter Sanders travelled across the Middle East and further afield, seeking out the saints of Islam. His work uncovers a little-known ... END_OF_DOCUMENT_TOKEN_TO_BE_REPLACED

END_OF_DOCUMENT_TOKEN_TO_BE_REPLACED
Social media
and networks
Subscribe to our
newsletter