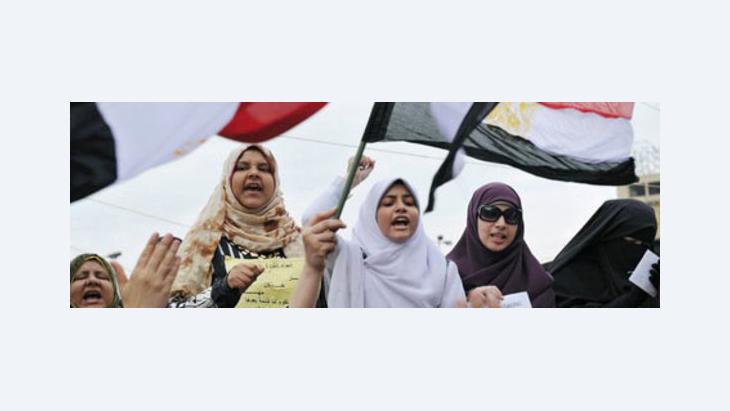 Interview with Sami Kilani
''The Symbol of Resistance Is Not the Bullet!''

The Deacon of the Faculty for Education at the An Najah University in Nablus, Sami Kilani, is among the most influential advocates of non-violence in the Arab world. He is optimistic that the peaceful form of protest conducted in Tunisia and Egypt is an example that will be followed in other Arab countries

How do you define the term "non-violence"?

Sami Kilani: Non-violence means respect for another person. I reject the notion of degrading another as a person or as a society and thereby regarding them as something less human. This means applying the same standards to another person as you would to yourself. Non-violence doesn't just mean the absence of violence – just as health doesn't equate to the absence of illness. Non-violence is humanity, justice and freedom. I reject any method that humiliates and degrades people. Violence means all that.

Over recent months, peaceful revolutions in Tunisia and Egypt have toppled dictators who'd been in power for decades. Demonstrations and peaceful protests are also taking place in other Arab nations. How do you evaluate these movements? Are they spontaneous acts or trends that consciously pursue non-violent strategies?

Kilani: It's still too early for a conclusive judgement, but several characteristics can be determined. I think these movements are the outcome of arduous efforts to create an awareness of issues affecting civil society. Many dictatorial regimes in the region tried to placate the West by allowing these activities. 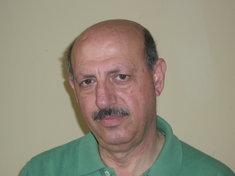 Western NGOs supported local organisations working in the fields of democratisation and human rights. The regimes assumed that these efforts would be nothing more than hot air and that they would have no lasting effects. Now they've been proven wrong.

Another factor is the dissemination of information via modern channels of communication. Both these factors have resulted in a change in awareness among youngsters. The protests represent a genuine product of the young generation.

How do you explain the largely non-violence nature of the protests in Tunisia and Egypt?

Kilani: There is a threshold that makes everything easier once you have crossed it. By this I mean leaving "the structure of pain" and looking at others through the eyes of humanity. That's not easy. Man is ruled by his torments and the desire for revenge. But as soon as you've crossed this threshold this all becomes a normal part of life. You then start wondering why everyone doesn't behave that way.

I think young people have done this. They've crossed the threshold of subjugation, of acceptance that dictatorial conditions are a destiny from which there can be no escape. This threshold and the awareness that they are in their millions, and that it would impossible for the regime to arrest or kill them all, has made this movement possible.

Do you think that these peaceful revolutions mark the beginning of a broad non-violent movement in the Arab world?

Kilani: Certainly. Even in Palestine, the concepts of "peaceful struggle" and "non-violence" have become commonplace. In the past, this notion was met with scepticism, and regarded by many as the position of the weak, the submissive, the loser. So we started using other terms such as "civil society struggle" or "participation of the people".

How can these non-violent Arab Spring movements take root?

Kilani: One should set great store in establishing a broad-based movement based on principles and values, flexible organisational structures, a youth movement with members that hold meetings from time to time. This movement should also found socially active organisations integrating young people into voluntary programmes, for example, so that they remain constantly dynamic, and in harmony with their principles.

Were you surprised by the non-violent nature of the protests?

Kilani: No, because I followed them from the very beginning. What did surprise me were the dimensions that the protests then took on. The protests in Yemen have exceeded my expectations. I have great admiration for the leaders of these protests, who insist that demonstrators don't get drawn into violent clashes.

In Syria, protesters also adhere to the principle of non-violence, but the regime does everything it can to lure the opposition into using violence. The strong always try to draw in the weak materially and militarily – in the knowledge that they have the upper hand in this respect. 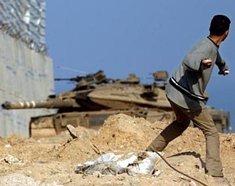 The dubious nimbus of militant resistance: Large of the Palestinian population were actually against the use of violence during the Second Intifada, says Sami Kilani

​​It's always clever and wise to refuse. And that was our big mistake in the second intifada, which as far as I'm concerned wasn't one at all. Because 'intifada' means the participation of broad sections of the population. But that wasn't the case. It was restricted to armed organisations, and the people were supposed to support them and cheer them on. One should guard against this. Sometimes an exaggerated respect for symbols means that you lose sight of the real issue: that the symbol of resistance is not the bullet!

You've been active in the national Palestinian movement since your youth. You've spent five years of your life in Israeli jails. Your brother, a non-violent trade union activist, was murdered by Israelis. In view of this, how were you able to convince yourself that the principle of non-violence is the correct path to follow?

Kilani: I've always believed that a solution to the Palestinian-Israeli conflict can be found, and I have remained a realist throughout. When I was a member of the PLO, I was one of those arguing in favour of founding a Palestinian state within the 1967 borders. Right from the outset, I was against the concept that described the military approach as "the only way". This mindset paralyses thousands of people who aren't willing to carry a weapon.

But there has to be a way for these people to get involved – not just for the 'superman' who devotes himself to armed battle and sacrifices himself. This broke a taboo for me, and many questions were raised.

Following my time in prison, I got together with like-minded individuals and we began considering paths of resistance that inflict little damage and integrate large numbers of people – youngsters for example, women and workers. And we began to see the negative consequences of the violence on our doorsteps. The fighter assumes the right to determine how everyone else should live. It's a long chain of reactions that begins with violence.

So the idea of non-violence gradually gained a firm footing in your mind?

Kilani: Yes, my convictions changed. Initially my viewpoint was a pragmatic one. I assumed that peaceful paths of resistance are beneficial. But now I am absolutely and completely convinced that the seed of violence presents a danger to the Palestinian resistance. It provides the occupation with a pretext for repression. Then there are the consequences of the violence within Palestine itself.

In parallel to this, the idea developed within me not to perceive the other, e.g. the Israeli, as the embodiment of the devil, of evil. He is an occupier. I want to get rid of the occupation, not him as a person. I accept a life alongside him as long as his attacks on me stop. The goal is the end of the occupation and the path to freedom.

Millions in Idlib depend on aid coming through a northern border crossing. On 10 July, the UN Security Council votes whether to keep it open. The decision may hinge not only on ... END_OF_DOCUMENT_TOKEN_TO_BE_REPLACED

For a century, the Kurds and other minorities in Turkey have been subject to state repression. With his dissertation "The Kurdish Question in Turkey", political analyst Ismail ... END_OF_DOCUMENT_TOKEN_TO_BE_REPLACED

Syria, Egypt, Saudi Arabia and the UAE are among those countries increasingly misusing cybercrime legislation to silence dissent and curb freedom of speech. Could a new global ... END_OF_DOCUMENT_TOKEN_TO_BE_REPLACED

A new exhibition, "Syria – Against Forgetting", at Cologne’s Rautenstrauch-Joest-Museum focuses on Syria's artistic and cultural heritage and pays tribute to the country before ... END_OF_DOCUMENT_TOKEN_TO_BE_REPLACED

This year’s Morgenland Festival opened with the premiere of Kinan Azmeh’s musical theatre piece, “Songs for Days to Come”, based on fifteen poems by contemporary Syrian poets. ... END_OF_DOCUMENT_TOKEN_TO_BE_REPLACED

Longlisted for the 2020 International Prize for Arabic Fiction and now available in German translation, Khaled Khalifa’s novel “No One Prayed Over Their Graves” details lives and ... END_OF_DOCUMENT_TOKEN_TO_BE_REPLACED
Author:
Mona Naggar
Date:
Mail:
Send via mail

END_OF_DOCUMENT_TOKEN_TO_BE_REPLACED
Social media
and networks
Subscribe to our
newsletter