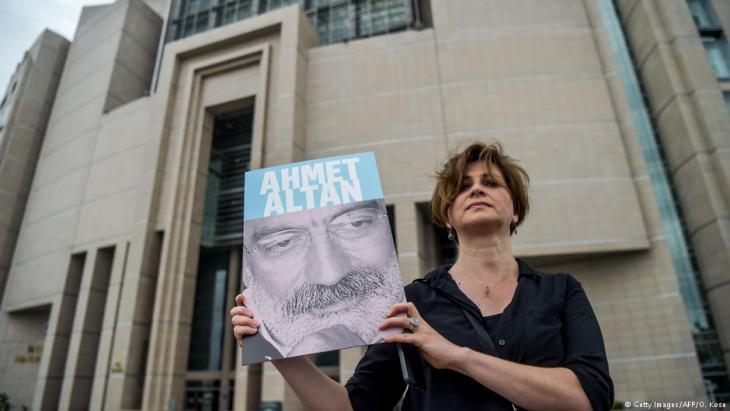 Interview with Sanem Altan, daughter of Turkish detainee Ahmet Altan
″The rule of law is disappearing″

Turkish journalist Ahmet Altan has been sentenced to life in prison for ′violating the constitution′. In interview with Gezal Acet, his daughter Sanem Altan asserts that the verdict is a political decision aimed at President Recep Tayyip Erdogan's opponents

Your father has spent the last 512 days behind bars. Your uncle, the economics professor Mehmet Altan, is also incarcerated. Yesterday, both were sentenced to life in prison. What do you make of this verdict?

Sanem Altan: There is a very simple explanation for it. The decision clearly tells us that Turkish courts do not need evidence to convict someone and that anyone can be jailed – even sentenced to life in prison. The sentence shows that the rule of law is disappearing, it shows how rotten it has become and how it has been transformed into a matter of personal interest. It is very clear that the decision is aimed at Erdogan's opponents. Therefore, I find the decision to be both reprehensible and at the same time laughable. Nevertheless, it does not make me especially sad, surprised or even fearful.

Were you allowed to see your father after the verdict was handed down? What does he think about it?

Altan: I visited my father yesterday after the court proceedings. When I saw him, he told me something wonderful: "This verdict has made us the most popular prisoners in the world. Because the whole world is watching the farce that is unfolding here." 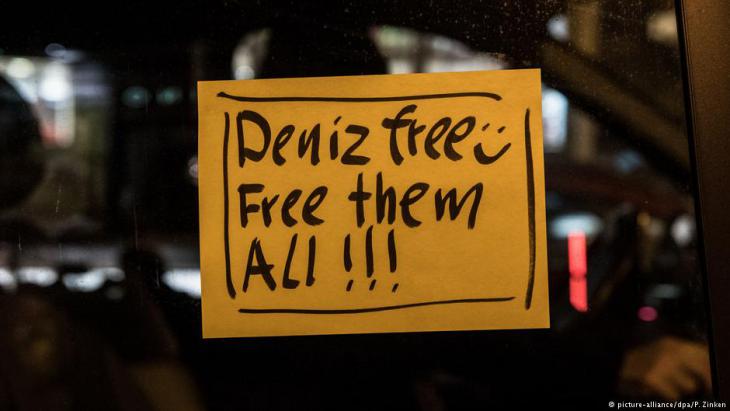 Erdogan's bargaining chips: "my father, my uncle and all of the other journalists are not sitting in Turkish jail cells because of legal decisions, but rather political decisions – and their release will also be a political and not a judicial decision," says Altan

The whole world is interested in such injustices. If authorities want to destroy opponents – as my father says, life in prison really means "die in prison" – they have done just the opposite. These prisoners are now in the international spotlight. It is the most senseless strategy I have ever seen. One needs a certain amount of intelligence to commit evil acts and it seems they don't even have that.

Have you seen your uncle?

Altan: The state of emergency has prohibited me from seeing my uncle for the last 18 months. As a niece, I am not allowed to visit him. But his wife and his lawyer tell me that he is doing very well. Since my father and uncle have been allowed to see each other, I have also had news about him from my father. My uncle has been strong throughout this ordeal as well, especially since the whole world found out that he still hasn't been released, despite a Turkish constitutional court order to do so. Ahmet and Mehmet Altan may be imprisoned, but they are more relaxed than people on the outside.

The Turkish-German reporter Deniz Yucel, who had been in jail without charge for a year, was released yesterday. How did you take the news of your father and uncle being sentenced to life in prison in light of Yucel's release?

Altan: I just laughed and pondered the colossal stupidity of my opponents. By announcing both decisions on the same day, they simply made it clear that there is no justice in Turkey. While TV screens were filled with news of Deniz Yucel's release yesterday, the crawler at the bottom announced that a new indictment was being prepared in an attempt to jail him for another 18 years. Brilliant! Deniz is set free and two more journalists are sentenced to life in prison. And people have the gall to say that we have an independent justice system in this country.

Deniz, Ahmet … the names don't matter. I was truly happy that Deniz was set free. But the one thing that connects his release and my father's sentence is the fact that justice in Turkey is controlled by the presidential palace. I think that is clear for all to see.

Some say that Deniz Yucel was released because he has both Turkish and German citizenship and that the German government put pressure on their counterparts in Turkey. Many social media commentators have claimed that Yucel would still be in jail if he wasn't a German citizen. How do you see the situation?

Altan: Maybe some people see things more emotionally. I just read a tweet that said Ahmet Sik [another Turkish journalist currently in prison] doesn't have an Angela Merkel. I can certainly understand that sentiment. I think that each and every one of those journalists are a bargaining chip for the Turkish government. My father, my uncle and all of the other journalists are not sitting in Turkish jail cells because of legal decisions, but rather political decisions – and their release will also be a political and not a judicial decision. They will be part of future negotiations. That is the way things work and that is what the Turkish government's stance is on the matter. Deniz Yucel was also part of an agreement and I think it is wonderful that he was released and can be with the people he loves.

Many Turks are dissatisfied with the international status of their country. At the same time, opinion polls reveal great scepticism among the Turkish population towards the USA. ... END_OF_DOCUMENT_TOKEN_TO_BE_REPLACED

The German government is planning to legalise cannabis before the end of this legislative period. So what does Islam have to say about its consumption? Will changing the law alter ... END_OF_DOCUMENT_TOKEN_TO_BE_REPLACED

Russia's ranking on the World Press Freedom Index has fallen again over the Kremlin's wartime censorship of the Ukraine conflict. From Myanmar to Mexico, journalists continue to ... END_OF_DOCUMENT_TOKEN_TO_BE_REPLACED

From the Euphrates to the Mekong, dams that ensure one country's water supply risk leaving others parched. But shared water resources can be a source of peace as well as conflict ... END_OF_DOCUMENT_TOKEN_TO_BE_REPLACED 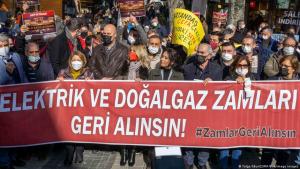 Despite the economic crisis and Turkey's increasingly undemocratic track record, surveys show the ruling AKP is still the party of choice. So what exactly is holding back the ... END_OF_DOCUMENT_TOKEN_TO_BE_REPLACED

For over fifty years, British photographer Peter Sanders travelled across the Middle East and further afield, seeking out the saints of Islam. His work uncovers a little-known ... END_OF_DOCUMENT_TOKEN_TO_BE_REPLACED
Author:
Gezal Acer
Date:
Mail:
Send via mail

END_OF_DOCUMENT_TOKEN_TO_BE_REPLACED
Social media
and networks
Subscribe to our
newsletter