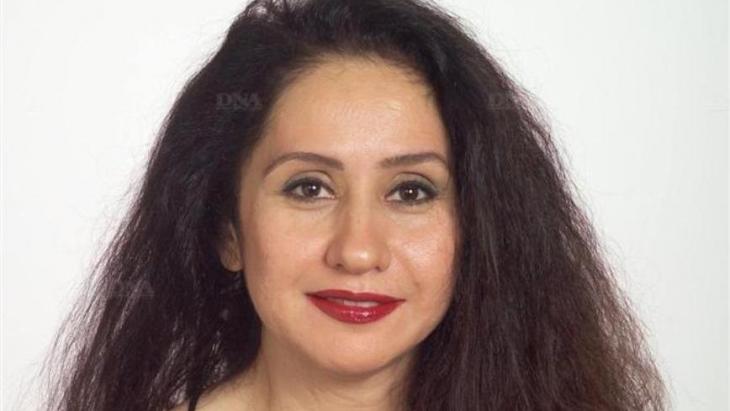 Interview with Saudi Arabian writer Raja Alem
"When I write I am free, like flying in my dreams"

The Saudi writer Raja Alem is an outstanding voice in Arabic literature. Zurich's Unionsverlag has just published the German translation of her novel "The Doves' Necklace", which won the International Prize for Arabic Fiction in 2011. Ruth Reif spoke to Raja Alem about her work and influences

Raja Alem, you have written around a dozen novels, plus stage plays, short stories and essays. Your work has won you numerous awards. Why is it that German readers are only now getting to read your work, with the novel "The Doves' Necklace"?

Raja Alem: There's a time for everything. Publishers have to place trust in the books they bring out for their readers. There are a lot of prejudices and clichés around Arabic literature. Publishers feel safe within these clichés, but they avoid books that don't fit into that category.

My novels are deeply rooted in the spirit of my hometown Mecca, an unexplored world. I draw upon the city's myths, history and philosophy, and all that in a language that has to be deciphered like Sufi texts. It's almost impossible to translate. So I need an adventurous publisher and a very knowledgeable translator who can make my worlds and my style accessible to a German-speaking audience. 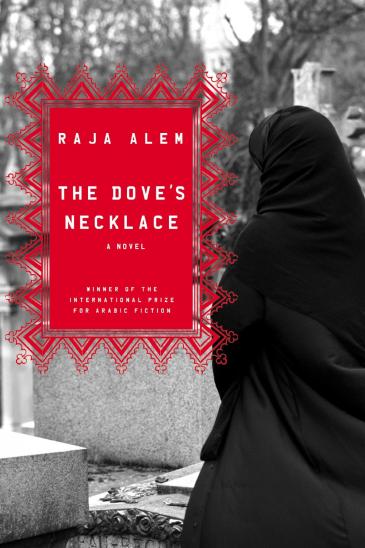 Raja Alem's novel "The Dove's Necklace" is a eulogy to the labyrinthine old centre of Mecca. It offers a high-tension, exuberant plot overflowing with eroticism, forbidden love, family tragedies, corruption and the unstoppable incursions of modern life

Mecca is the holy site that every Muslim is supposed to visit once in their lifetime. Growing up in such a place, did you feel the spiritual force, and is it that spiritual force that makes you want to write?

Alem: In Mecca I saw people as travellers from shrine to shrine. That spiritual force inspired my imagination. I write to explore it, to probe its outermost limits and to flow with that force. My novels are extensions of myself. Through them, I enter into worlds that are both ancient and futuristic at once.

I get joy out of overcoming restrictions and crossing the boundaries between the past, present and future, between the possible and the impossible, life and death. I develop with every book and I also allow the reader to develop, rather like what happened to me reading Hermann Hesse's "Siddhartha" as a teenager. I was very struck by the similarity of his river to what is mentioned in our Koran.

Your novel juxtaposes grief at the disappearance of Mecca's venerable old architecture with "images of the Mecca of the future", with gigantic skyscrapers and a steel Kaaba. Is your portrait of Mecca also an image of Saudi society?

Alem: When I started writing "The Doves' Necklace", I began by looking back. But by the time I finished the book, I found myself in a different train of thought. Not only the Saudis, people all over the world are on the verge of a kind of virtual reality. Reality itself is losing its former impact. We are no longer limited by ways of thinking or lifestyles; we're transforming into universal, virtual entities, gradually taking root in a virtual territory where origins and cultural heritage are seen as a decorative realm of art shared by all, as a museum for us to stroll around light-heartedly, not as trenches for us to fight across.

One subject that is always in focus when the West looks at Islamic countries is the issue of women's rights. Your novel features some very strong, confident female characters…

Alem: Freedom is never handed to us on a plate. We have to earn it. I'd always been thinking of writing about my grandmothers and my aunts. They're my modern idols, women who played key roles in Saudi Arabia's development; they were women with cult status who lived side by side with oppressed women. It's just like anywhere where women and men either manage to create equality or are prevented from doing so by social demands. That struggle is life. Wherever a door was closed, I simply stormed ahead. I was constantly exerting pressure. 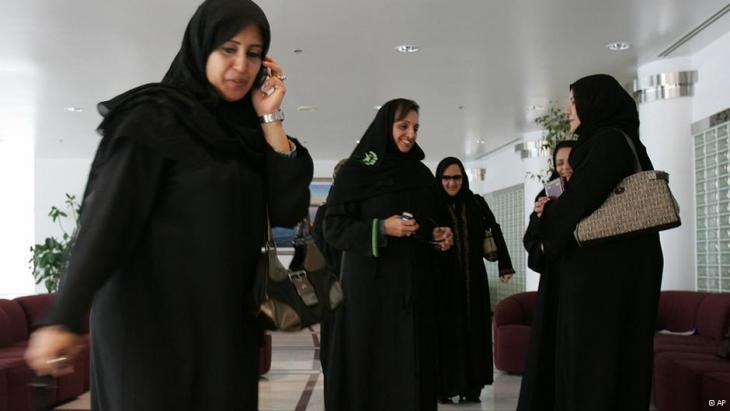 "Freedom is never handed to us on a plate. We have to earn it," says Raja Alem of women in Saudi Arabia. She was strongly influenced by her grandmother and aunts, whom she describes as "modern idols, women who played key roles in Saudi Arabia's development"

What was Saudi Arabia's literary scene like when you started writing? Who were your role models?

Alem: My role models came from a great map of the world, from art and literature. I was heavily influenced by old Arabic books, for instance the works of great Sufis like Al-Nafari, Rumi and Ibn Arabi, Al Suhrawardi and Al-Hallaj, who was executed for overcoming all boundaries. Unconsciously, my style was also shaped by books like Al-Jahiz's "Book of Animals" or the cosmography "Marvels of Creatures and the Strange Things Existing" by Al-Qazwini.

That was science fiction long before it existed in the West. For me, a book is an imaginary existence that surges like an ocean in which I can lose myself. In Saudi Arabia, novels are unexplored territory. The Arabian Peninsula was a nation of poets. Poetry was our history book. It was only later that a generation obsessed with writing novels came along. That was when most poets became novelists.

Alem: Books from countries like Saudi Arabia and other Gulf states or north Africa are described as literature from the periphery. People assume that Egypt, Syria, Iraq or Lebanon produce the central literature. But since the 1990s, writers have been emerging from the Gulf and from north Africa and leaving their footprint on Arabic literature. Critics in the Arab world regard my writing as a class of its own.

Are there any specific themes that are prevalent in contemporary Saudi writing?

Alem: Saudi novels are generally about expressing individuality. The writers create people who are free, who assume full and blithe responsibility for their own actions and through them represent not society, but only themselves. They overstep boundaries and are prepared to pay the price for doing so. The literary scene has calmed down slightly in the past few years and has gradually taken shape. Writers are bringing to life the spirit of Saudi Arabia and its wonderful people. 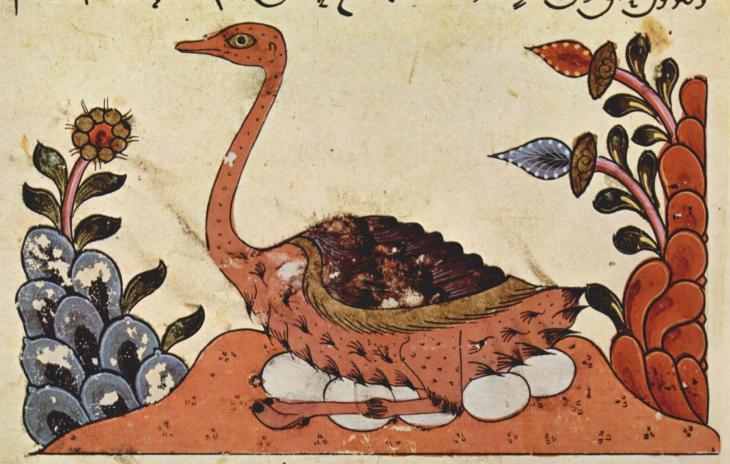 What's the situation regarding censorship in Saudi Arabia at the moment? On the one hand, we keep reading about writers being arrested, but on the other hand you have said in an interview that you are acknowledged as an intellectual ...

Alem: I've never been interrogated about my work as a writer, which is really controversial, questions everything and expresses deep sensuality. That doesn't mean there is no censorship. But the boundaries are broad. Of course we aren't allowed to insult religion or people's values. But I pay no heed to censorship when I'm writing.

The moment of writing is so special, so sanctified; I'm in a place where I'm not touched by what is allowed and what isn't. In that moment of trance, censorship doesn't exist for me. When I write I am free, like flying in my dreams.

Will more of your novels be translated into German?

Alem: That's a dream without limits. Some of my earlier books have been translated into other languages and changed me as a writer and as a person. Now I'll see how German-speaking readers react to my book, how they discover me and my worlds. I have high hopes. One book, one sentence suffices to make the deepest connections.

Raja Alem, born in Mecca, Saudi Arabia in 1956, studied English Literature at the University of Jeddah and trained as a teacher. She published her first novel "Silk Road" in 1995. Alem has received numerous awards for her work, and was the first woman to win the International Prize for Arabic Fiction for the novel "The Dove's Necklace" in 2011. She lives in Mecca and Paris.

Home
Print
Newsletter
More on this topic
Interview with the Saudi-Arabian Writer Raja Alem: Elegy for a Lost EraInterview with the Saudi Writer Badriya Al-Bishr: ''Anything You Write about Is Made a Scandal, Even Love''Literary Awakening in Saudi Arabia: A Distant Echo of 9/11
Related Topics
Arabic literature, German-Arab Literature Exchange
All Topics

The devaluation of the Egyptian pound combined with rising food prices is taking its toll on Egypt. More and more people are slipping into poverty. Karim El-Gawhary reports from ... END_OF_DOCUMENT_TOKEN_TO_BE_REPLACED

Chinese President Xi Jinping's visit to Saudi Arabia in December 2022 may have rattled Washington, but it simply highlighted the Arabs’ desire to diversify their foreign relations ... END_OF_DOCUMENT_TOKEN_TO_BE_REPLACED

Lebanon was long viewed as the Switzerland of the Middle East. Until relatively recently, billions were deposited in its banks. Gulf states were among the foremost investors in ... END_OF_DOCUMENT_TOKEN_TO_BE_REPLACED

At the end of every year, the team at Qantara.de gives you a run-down of the ten most-read articles on the site over the past 12 months. Here is a quick overview of the stories ... END_OF_DOCUMENT_TOKEN_TO_BE_REPLACED

According to a recent survey, half of all Iranians say that they have left Islam as a religion, while two-thirds believe Islamic law should be excluded from their legal system. In ... END_OF_DOCUMENT_TOKEN_TO_BE_REPLACED

Since Russia invaded Ukraine, Europe has been trying to find alternatives to Russian gas, inevitably zeroing in on the Arab Gulf states. In his commentary, Yemeni politician ... END_OF_DOCUMENT_TOKEN_TO_BE_REPLACED
Author:
Ruth Reif
Date:
Mail:
Send via mail

END_OF_DOCUMENT_TOKEN_TO_BE_REPLACED
Social media
and networks
Subscribe to our
newsletter