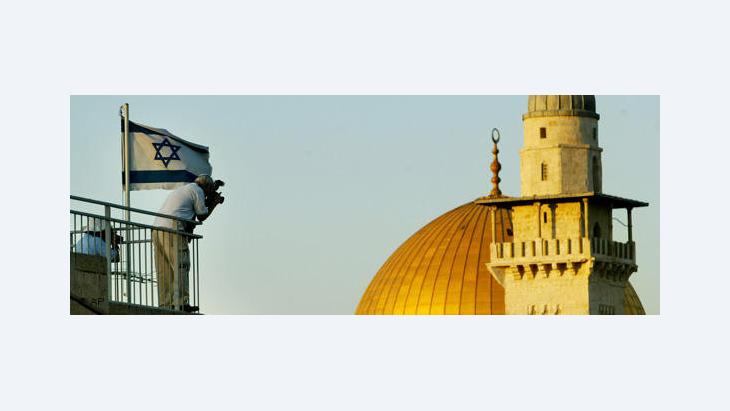 For Absolute Equality in All Areas of Life

﻿In his novels Sayed Kashua, a very famous author in Israel, talks about the lives of the country's Arab citizens. Nader Alsarras spoke to him about his new novel that deals with the co-existence of different nationalities and religions in Israel

Sayed Kashua, a Palestinian author and journalist with an Israeli passport, was born in 1975 and raised in the Arab town of Tira in Israel. Apart from his work for the Israeli newspaper "Ha'aretz", Kashua also published three novels in Hebrew over the last few years. He writes about the lives of Israel's Arab citizens and about the lifestyles of Israeli society, dealing with the internal and external conflicts between the different nationalities and mentalities. His books received major national and international interest and have been translated into several European languages. His recently published novel "Second person" was nominated for one of the most important literary awards of Israel.

Mister Kashua, in your latest novel, "Second Person", which you wrote in Hebrew, you point out the identity crisis experienced by citizens of Arab descent in Israel. Why does this topic dominate your literary work? 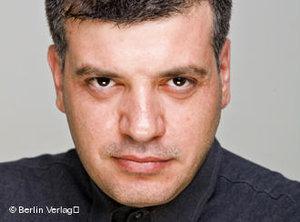 Sayed Kashua: "I am not a political person but when it comes to politics I support a one-state solution, based on the principle of equality of Palestinians and Jews"

For example, in my novel "Second Person" I tell the story of Amir Lahab, who is an Arab studying social work. He is torn between his Arab and his Israeli identity. I tell this story with a sense of irony, raising the question whether Amir should change his Arabic name to the Jewish name Jonathan in order to be fully accepted as a citizen by the Israeli community.

What problems do the Arab inhabitants of Israel generally face regarding the definition of their national identity?

Kashua: I do not think that Arabs in Israel – or "Palestinians in Israel" if you will – have any problems when it comes to the determination of their national belonging. Quite the contrary: fortunately, nowadays the Arabs do not have to think about this a lot, nor do they have to take it very seriously. Because the situation is clear: there is an Arab minority and an Israeli majority. And the Israeli government reminds the Arab citizen of his origin every single day.

The problem is rather that this Arab minority cannot stand by their origin. For example, a new law was passed recently that prohibits the state to support institutions – Arab and Israeli alike – that commemorate the "Day of Nakba". And at the same time a law was enacted that allows Israeli villages to decide, who is allowed to live in their communities. I think that the purpose of this law is to give Israeli villages the right to reject Arab citizens who want to live in these places. 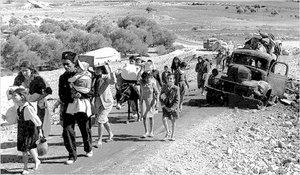 Don't mention the Nakba... In Israel, a law was passed recently that prohibits the state to support institutions that commemorate the 1948 Palestinian exodus

​​You say that the Israeli government is currently trying to blur the identity of the Arab citizens and to remind them that unlike the Jewish citizens they do not entirely belong to the Israeli state. In your book "Second Person" there is the Arab lawyer, who is torn between the conservative traditions of the Arab world and its concept of education, marriage and sexuality on one side and on the other side the modern Jewish culture, which is strongly influenced by the European culture. Do the Arab citizens of Israel really experience this conflict between the two cultures?

Moving from a village to the city and adapting to a completely different way of life obviously poses a big problem for people from rural areas. Unfortunately the way of dealing with these circumstances results in a kind of "Israelisation", as the Western culture of Europe is predominant in Israel. The reason for the lawyer's conflict is that he would like to be liberal and progressive but at the same time finds a letter that he believes is a love letter from his wife to another man. Therefore he is torn between the values that he grew up with and the modern way of thinking. That is a conflict between mentalities, not between the Israeli and the Arab culture.

Your books have been translated from Hebrew to several European languages like German and English. What do you think makes the literary examination of social and psychological problems in your novels so interesting?

Kashua: I really hope that the countries that translate my work into their languages are not only interested in the situation of the Palestinians in Israel and the Middle East. 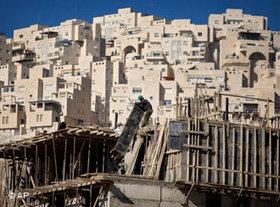 State-sanctioned apartheid: Israeli villages can now decide who is allowed to live in their communities

​​Of course people all over the world are generally interested in this topic but I do hope that they are also interested in the stories that I write and that these stories do not come across as social or historical lectures. Because I am a storyteller. Like my journalistic work, my stories do contain political topics but these politics are related to daily life.

It is difficult to separate politics from every day life. The Arab minority in Israel is being badly oppressed and that is why politics have become a part of their normal course of life.

I suppose that the international publishing of my work is partly due to the fact that I am an Arab writer from an area that the whole world is interested in. But I wish that my books are primarily published because the people like the stories that I tell.

In your novels you heavily criticize Israeli politics. However, your books are read by many Israeli Jews, not just by Arabs. The Israeli newspaper "Ha'aretz" recently referred to your novel "Second Person" as your best one so far. Don't you think that this forms a contrast to the rightwing position of the Israeli government and its general attitude?

Kashua: We cannot really consider my new novel a major success, as only 50.000 copies have been sold. At first sight this seems to be a high number but it is actually quite restricted. I do not think that the Israelis have any problem with criticism. They even criticize themselves, for instance in satirical TV shows. I would rather ask the question whether a book like mine is capable of changing the way of thinking. I believe the answer is no. I do not think that reading will cause any change of attitude.

I wish that readers buy my novel, because they are looking for an interesting piece of literature. After all, the novel has received very good criticism and interest from local newspapers. It is possible that the Israeli readers are interested in finding out more about the Arab community in Israel by reading my books. This could have different reasons: there are readers who want to stick to their opinions and prejudices and there are readers who really want to solve the problem. 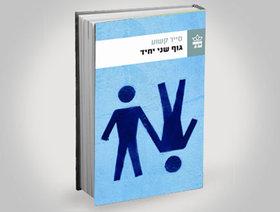 Trying not to be political in an all-politicised environment: Cover of Sayed Kashua's original Hebrew edition of 'Second Person Singular'

​​If we look at the leftwing movement in Israel, we will discover that it is currently undergoing an unprecedented crisis. And for the first time there are laws in Israel that can only be considered fascistic and racist. At this point 70% of the Israeli population agrees with the plans of their foreign minister Avigdor Lieberman, that aim at putting huge areas inside of Israel, which are inhabited by Palestinians, under the administration of the Palestinian National Authority. This is why I don't understand how my novel could be successful under the circumstances of these developments. I guess there is simply no political relation at all.

In your novel "Second Person Singular" you describe two ways in which Arab citizens adapt to Israel. There is the lawyer who suffers from an internal conflict between the rural mentality on one side and the urban mentality and modern life on the other side. Then there is Amir, the Arab youth, who tries to impersonate an Israeli Jew and to hide his Arab identity. In your opinion, apart from humour, what is a suitable way of co-existence of Arabs, Muslims and Christians, and Jewish Israelis?

Kashua: If there is any political statement that my novels support then it is that of pure democracy. But this is just a theoretical idea that is very far away from reality. I am not a political person but when it comes to politics I support a one-state solution, based on the principle of equality of Palestinians and Jews, regardless of religion.

Democracy and equality of nationalities, religions and sexes is the foundation of any democratic state. And I am not ready to believe in a two-state solution, because Israel's settlement policy proves that this solution is not realistic. I believe that in a one-state solution there must be absolute equality in all areas of life.

As someone accustomed to presenting his country to interested outsiders, Israeli teacher and tour guide Noam Yatsiv makes the case for a more nuanced appreciation of the ... END_OF_DOCUMENT_TOKEN_TO_BE_REPLACED

The Germans have a fragmented perception of the conflict between Israel and the Palestinians, and their discourse is dominated by certain catchphrases. All the while, there is a ... END_OF_DOCUMENT_TOKEN_TO_BE_REPLACED

An unusual organisation brings Jews and Muslims together to fight hate and promote dialogue. In the small central German city of Marburg they have been jointly calling for an end ... END_OF_DOCUMENT_TOKEN_TO_BE_REPLACED

Yair Lapid, like his late father, is a journalist-turned-politician renowned for his staunchly secular positions. But as the centrist politician edges towards the Israeli ... END_OF_DOCUMENT_TOKEN_TO_BE_REPLACED

China has long portrayed itself as a strong supporter of the Palestinian cause. It has also claimed that in sharp contrast to the stance of the USA, its position is based on ... END_OF_DOCUMENT_TOKEN_TO_BE_REPLACED

END_OF_DOCUMENT_TOKEN_TO_BE_REPLACED
Social media
and networks
Subscribe to our
newsletter