In a recent study about the political identities of Turkish youths, Selçuk Şirin finds that Kurdish youths feel more discriminated against than other Turkish youths, whereas young Armenians in Turkey do not feel more political pressure than Turks of the same age. Jan Felix Engelhardt spoke to the New York-based professor of applied psychology about his findings 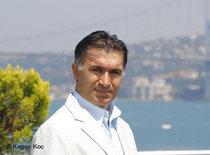 Selçuk Şirin: "Young people in Turkey are not buying into this split idea of left vs. right or Islamists vs. Secularists"

​​Mr Şirin, for your study "Research on Identities of the Youth" you conducted in-depth interviews about political identities with approximately 1,400 18-25-year-olds. What kinds of political identity did you investigate?

Selçuk Şirin: What we were trying to do is to understand identity as a social construct. In the context of Turkey, where we have political parties or political groups that only explain or describe their own identity in opposition to others, it is very difficult to find people who have multiple identities.

However, I was delighted when my research showed that young people in Turkey are not buying into this split idea of left vs. right or Islamists vs. Secularists. Young people in Turkey have multiple identities. They combine patterns of political identity like religious identification, the degree to which one feels part of the Turkish nation and the feeling of belonging to what we call the "secular movement" or "Atatürkism".

In all three areas, we measured the participants' degree of identification, not by asking them "either-or" questions, like "Do you have a Muslim identity or are you a Kemalist?", because that is that kind of question that has created the current situation in Turkey: "Are you this or that?" In reality, people say "I like Atatürk and I also feel like a Muslim." Young people in particular don't see identity as an "either-or" question. 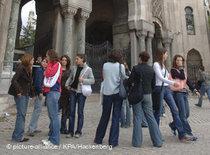 "People are more complex in their political beliefs than most of us think." - Students at Istanbul University

​​What was the political identity that you encountered most frequently in the young people you surveyed?

One of the findings of your study is that the political identity of Turkish youths is not automatically reflected in their voting behaviour.

Şirin: It is not a straightforward proposition. People are more complex in their political beliefs than most of us think. This has implications for the future. 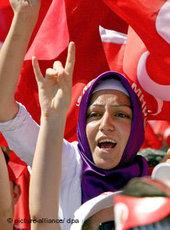 ​​What kind of implications?

Şirin: It would be a good thing for Turkey if this trend continued. At present, Turkey is wasting a lot of energy arguing in "either-or" terms. If you listen to the political leaders, you would think that there is a civil war about politics going on in the country and that there are irreconcilable political camps. The young people show that it is possible to be more open-minded.

What does that mean for Turkey's political parties?

Şirin: The study indicates that Turkish youths will not support political parties or leaders who create this compartmentalized political world in Turkey. There is a new generation in Turkey that will cheer for political leaders who show that a third way is possible.

Do Turkish youths feel they are discriminated against because of their religious or political views?

What groups felt the greatest inequalities? 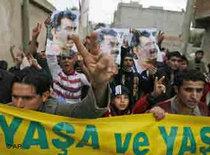 Much has been achieved concerning the so called 'Kurdish issue', but Kurds are still marginalised in Turkish society

​​Şirin: We asked the young people for their perception of discrimination by asking "How much does it affect you?" If we look at stress, we find that the Kurdish nationalist DTP supporters experience the most of all groups in terms of political identities, ethnic and religious background or social pressure.

Initially one would think that the stress and discrimination experienced by young Armenians is similar to that of the Kurds. However, your study shows that this is not the case.

Şirin: Yes. Quite surprisingly, we did not find their outlook to be any different from that of the other groups. As an ethnic group, they do not feel more discrimination: nor do they state that they want to leave the country more than other groups. Armenian youths are quite comfortable in Turkey, which is a surprising finding.

How much pressure do the supporters of the AKP and the CHP feel?

How do Turkish youths feel about the future?

Şirin: We looked at the youths' expectations for the future. Are they hopeful? Do they feel that things will get better tomorrow? What we found is that income and social class is a huge predictor. This is not a surprise, since this is the case in all countries. 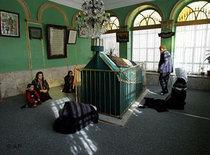 Pressures of identity politics: unlike Armenian Christians, Alevis in Turkey are hopeless about the future

​​However, when you look at the issue of ethnic background, Kurds are quite different from Turks and Armenians in terms of their future expectations or future hopelessness. The Kurdish youths who took part in our study feel hopeless about the future. The same is true of Alevis, when compared to other religious groups. In terms of political parties, the DTP once again is more pessimistic.

You asked the participants whether they would leave Turkey if they were given the opportunity. What did they say?

Şirin: This finding is interesting because it does not match the others. We did not find CHP supporters to be more pessimistic. We did not find that they feel more discrimination either. Maybe this is an indication of neighbourhood pressure; the feeling that the political environment is not good for CHP supporters. The willingness of Kurdish youths to leave is easy to explain since they are very pessimistic and experience discrimination.

Selçuk Şirin is assistant professor for applied psychology at New York University. While conducting his research, he was guest scholar at Bahçeşehir University, Istanbul.

Turkey's "Kurdish Problem"
Is the End in Sight?
The Turkish government has accelerated efforts to shape a plan to solve the country's long-standing Kurdish problem, but even before the plan's details have been announced the opposition has started to criticize it, a sure sign of the difficulties ahead. Ayşe Karabat reports

Turkey-EU Relations
The Need for a Discursive Shift
Ayhan Kaya, Turkish political scientist and head of the Centres for Migration Research and European Studies at Istanbul's Bilgi University, explains why we should stop talking about civilizations and religion when discussing Turkey's role in Europe and the world

A Shift in Turkish Foreign Policy
Turkey's Strategic Depth
Ever since the AKP government came to power, Turkish foreign policy has been in a state of change: shifting from being largely passive and one-dimensional to a dynamic, multi-dimensional diplomacy. The architect of this reorientation is Ahmet Davutoglu, Turkey’s new foreign minister. Nimet Seker has the details

END_OF_DOCUMENT_TOKEN_TO_BE_REPLACED
Social media
and networks
Subscribe to our
newsletter