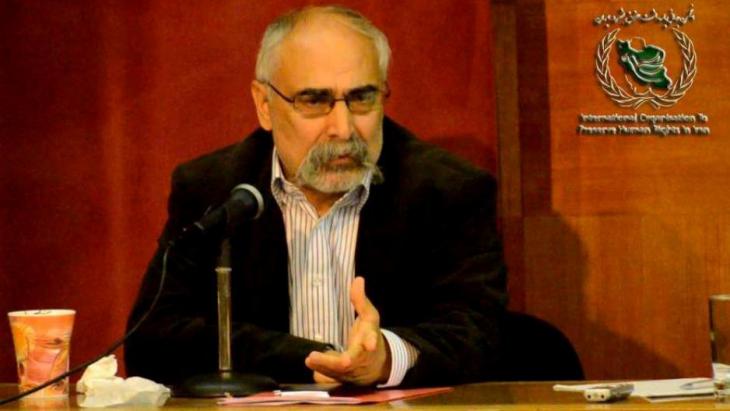 ″I oppose the false Muslims″

The Iranian religious scholar Seyed Mostafa Azmayesh has been studying the origins and language of the Koran for decades. Ulrich von Schwerin spoke to him about his efforts to develop a new approach to the Koran, thereby saving the Prophet′s true message from what he perceives to be an erroneous interpretation of Islam

Last year an ancient Koran manuscript was discovered by the University of Birmingham. What is the significance of this finding for Koranic research?

Seyed Mostafa Azmayesh: It is known that the Koran was not written in a homogeneous language but composed in three different styles. As a result there has always been much debate about the sources of the Koran. Some even believed that the Koran was only composed two centuries after Muhammad′s lifetime by a group of scholars in Iran. But the Koran in Birmingham and other manuscripts show that this book already existed in the lifetime of the Prophet himself. An analysis of the paper and ink using the latest technology shows that the Koran of Birmingham is the oldest existing copy and that it was written at a time when the Prophet was still alive. This discovery has put an end to much speculation about the origin of the Koran. So now we have to find another explanation for the non-homogeneity of the language of the Koran.

You write in your recently published book on the Koran that the Prophet Muhammad stood in the tradition of previous monotheist religions and that he was familiar with their scriptures.

Azmayesh: In the Prophet′s lifetime the majority of people in the Arabian peninsula were uneducated and illiterate Bedouin. But in Mecca and Medina there was an educated community to which Muhammad′s family belonged. This community was acquainted with the monotheistic religions of Christianity, Judaism and Manichaeism, which were common in Syria and Yemen. The main part of the Koran displays continuity with the pre-existing texts and teachings of the monotheistic masters such as Abraham, Isaac and Ishmael. It refers to these sources – not necessarily to the official Bible but to another source – which according to my research are the scriptures found in the Qumran scrolls discovered near the Dead Sea.

Home
Print
Newsletter
More on this topic
Islam and violence: Conservative Muslims refute the violence of ISPeace and justice in Islam: Are we missing something? Interview with Turkish theologian Ihsan Eliacik: The Koran and social justice
Related Topics
'Islamic State' | IS, Criticism of Islam, Islam and the West, Koran | Quran, Quranic studies | Koranic research, Radicalisation
All Topics

Looking outwards with the knowledge from within: a conversation with the Iraqi writer Sinan Antoon on the future of his homeland. Interview by Lena Bopp END_OF_DOCUMENT_TOKEN_TO_BE_REPLACED

Political analyst Taqadum al-Khatib argues that Egypt can, in co-ordination with its European partners, develop a common vision to solve the complex conflict in Libya. For this to ... END_OF_DOCUMENT_TOKEN_TO_BE_REPLACED

At the suggestion of his Arab students, Israeli psychologist Ofer Grosbard created the project "Quranet", which uses texts from the Koran to solve educational problems in schools ... END_OF_DOCUMENT_TOKEN_TO_BE_REPLACED

Libyans have mixed feelings about the EU. On the one hand, they admire what Europeans have achieved, but on the other, they feel let down. Moutaz and Walid Ali report from Tripoli END_OF_DOCUMENT_TOKEN_TO_BE_REPLACED

Turkey's President Erdogan wants to create a second Bosphorus. The cost to the economy and environment would be enormous – and that's why Istanbul's mayor is attempting to stop ... END_OF_DOCUMENT_TOKEN_TO_BE_REPLACED

Libya is in turmoil and no political solution is in sight. The EU's inability to take concerted action in the country, meanwhile, is being exploited by third parties, such as ... END_OF_DOCUMENT_TOKEN_TO_BE_REPLACED
Author:
Ulrich von Schwerin
Date:
Mail:
Send via mail