"Silence Makes Me An Accomplice"

Seyran Ates was born into a Turkish family and moved from Istanbul to Berlin at the age of six. Now a successful lawyer and writer, she has been working for the rights of women for many years. Naima El Moussaoui spoke to her in Berlin 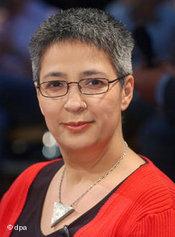 Even an attempt on her life, physical aggression, and ongoing threats against her person do not prevent her from speaking her mind in public – Seyran Ates

​​Ms. Ates, you have dedicated your autobiography Große Reise ins Feuer (Long Journey into The Flames) to women who cannot or are not allowed to live in freedom. You ran away from home just before your eighteenth birthday in order to take control of your development. Taking a step towards freedom often seems to be synonymous with taking a step away from the family.

Seyran Ates: It is very difficult to develop inside a family as traditional as mine was. Through my work, I have got to know women who are well over the age of 18, but still live at home with their parents as a matter of course, simply because they are Muslim women. As long as they are not married, the family expects the woman - who in the eyes of the family is still a child - to live at home with them.

To this day, there are a huge amount of families where the family structure makes it very difficult for a woman to develop in such a way that her family accepts that she lives with a man without being married to him - as is the case with me, for example. I have a child, a child born outside wedlock. I was never married and now I am a single mother. My family now accepts all of this. However, had I stayed in the family, they would never have accepted it.

Ates: My family suffered a shock and came through a period of crisis. There came a day when I was willing to approach them again. When I did, they welcomed me with open arms. We talked a lot; there were many discussions as well as arguments and reconciliation. This is the way things moved along for years. You must not forget that I ran away in 1981. Back then, I was just under 18 years of age. Today I am 45. We have got to the stage where I would say that my parents accept to 80 per cent the way I live my life. There is always something they would rather not know about.

The decision to run away from home is a risk. Even if one is patient, it is not always certain that the family will at some stage be reconciled.

Ates: Of course it is a risk. And there are women and families who no longer have any contact whatsoever with each other. However, experience shows that this only happens in the minority of cases. But those who are not ready to take this risk will never be able to find their way to freedom in their own lives.

A women in such a situation is faced with the dilemma of having to choose between a happy family or an independent life. Every woman has to make this decision on her own. I think that the right decision is to say first and foremost that if I am happy, then my family will someday be happy too. In order to get to the point where both sides are happy, the woman has to find herself first. She has to move away from the “us” mindset and develop a sense of self, which is something that many Muslims do not have. Once they have achieved that, then they can return to the group.

There was a time when you felt torn between Turkish and German culture. This feeling was particularly strong while you were at school. Then, there followed a long period in which you distanced yourself from Turkish culture.

Ates: This period of time was very important for me. Having distanced myself from Turkish culture for fifteen years, I sought and made contact with it again. I did so because I noticed that I had been neglecting a part of me for fifteen years. I had neglected it because up until then I had only experienced negative things in Turkish culture: I wasn’t accepted either as a woman - and that was the biggest factor of all - or as a free-thinking person. I found all of these things to a greater extent in German culture. However, it would not have been right for me to leave Turkish culture behind altogether. I would have missed something. I noticed that it is a part of me, so deeply rooted inside of me that if I turned my back on it, I would be erasing something from my soul.

In your book Multikulti-Irrtum (Multicultural Error), you write that unlike multiculturality, in which individual cultures exist alongside one another, transculturality exists where a variety of cultures meet and interchange. And when a person moves between cultures, these individual cultures blend, thereby creating new "transcultural" identities that are united in that person. Several identities … that sounds like a recipe for division and inner conflict. Now, however, you say that you consider your biculturality to be an enrichment and not "latent schizophrenia".

Ates: If one accepts that part of every culture and identity is coming to terms with its past, present, and future; when you live in that culture and really experience it, then it works. I have been living in Germany for almost 40 years and I have spent over 20 years consciously addressing this issue in order to get where I am today. I have given a lot of thought to who I am. One has to address this issue if one wants to enrich one’s life as much as I have.

What advice do you give your little girl?

Ates: My daughter is growing up with two mother tongues. In this way, I am giving her two cultures. I have a transcultural identity and I see now that my daughter can embrace both cultures. And she does so joyfully, drawing knowledge and experience from this variety. I tell her that both cultures are a part of her because they are also a part of me and that I am very happy that we can share both cultures. We have a largely Turkish-speaking family. We have a German-speaking environment. It is very important for me that my daughter learns different languages and experiences different cultures and that she understands that both cultures are of equal value and can exist as such side by side.

You have no name plate on your front door and you don’t give out your address. You survived a serious attempt on your life, have been attacked, and have received death threats. Does it not frequently cross your mind that the consequences of your work are no longer tenable, especially as a mother?

Ates: This is a very difficult decision I have to make every day. I knew right from the word go that it would be difficult and I was faced with the full force of this reality at the age of 21 when an attempt was made on my life. However, I think I would become deeply depressed if I were no longer able to do this work. I would feel much worse than I do now because I would be giving up and because the help that I could be giving lots of other people would no longer be available to them. If everybody were to keep quiet and say nothing, nothing would happen. I would rather belong to those who do something. I don’t want to remain silent, because silence makes me an accomplice.

Germany
The Struggle against Forced Marriage
Each year, according to UN studies, more than one million people are forced into marriage – and for many years now, Berlin-based lawyer Seyran Ates has been fighting to increase the German public's awareness of the issue. Sigrid Dethloff reports

Migrants are often maligned as being responsible for Europe's problems. Yet their integration is in Europe's interest. Michael Thaidigsmann believes that a long-term vision is ... END_OF_DOCUMENT_TOKEN_TO_BE_REPLACED

Shida Bazyar's new novel is the literary surprise of the year. It tackles the pressing issues of our time, and yet it is timeless. This is a story of friendship, marginalisation ... END_OF_DOCUMENT_TOKEN_TO_BE_REPLACED

Some companies in Germany are reluctant to hire Muslims. But it is not only the Muslim applicants who are losing out, so too are the companies. After all, there are multiple ... END_OF_DOCUMENT_TOKEN_TO_BE_REPLACED

Ayaan Hirsi Ali’s new book "Prey" claims to examine how Muslim immigration threatens the rights of Western women. Indeed the injustices women face only seem to matter to her when ... END_OF_DOCUMENT_TOKEN_TO_BE_REPLACED 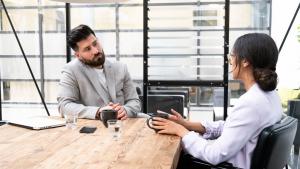 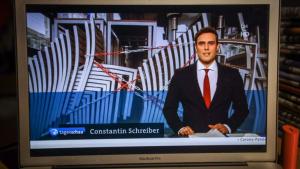 Having already published a number of non-fiction books on the subject, German news anchor and journalist Constantin Schreiber has now written a novel that warns what could happen ... END_OF_DOCUMENT_TOKEN_TO_BE_REPLACED
Date:
Mail:
Send via mail

END_OF_DOCUMENT_TOKEN_TO_BE_REPLACED
Social media
and networks
Subscribe to our
newsletter