The people's uprising in Tunisia is not just about the state of the economy, but also about civil rights and dignity, says Tunisian opposition activist Sihem Bensedrine in this interview with Reiner Wandler

Ms Bensedrine, Tunisia was considered the most peaceful and modern country in North Africa. Why are its young people suddenly so angry? 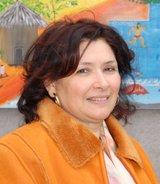 "The EU closed its eyes and ears to the reports from Tunisia," says Sihem Bensedrine. "There is no economic miracle in Tunisia; nor is there a social miracle, as some people are always claiming."

​​Sihem Bensedrine: We human rights and civil rights activists have been warning for years that President Zine El Abidine Ben Ali's repressive policies would lead to this kind of violent outbreak. Unfortunately, no one listened to us. In Tunisia, it is not only the young people who have no rights; the citizens in general don't either. All attempts to portray Tunisia as a country where everything is going wonderfully are nothing but marketing. The revolt has torn the mask from the face of the regime.

How could the regime preserve this image for so long?

Bensedrine: The whole world stared entranced at North Africa and the only thing it saw was the threat of terrorism. The Tunisian regime exploited these fears and blew them out of all proportion in order to justify its repressive policies and garner support for them. Ben Ali used the so-called "anti-terror laws" to curb any kind of freedom at all.

One gets the impression that Ben Ali achieved a state of relative calm and stability with a successful economic policy, and now unrest has broken out during the global economic crisis.

Bensedrine: It wasn't only the economic and social situation that led to the revolt. The young unemployed man who poured petrol over himself and set himself alight on 17 December in Sidi Bouzid didn't do so because he was in dire economic straits; he did it because his cart, which he used to sell vegetables, was repeatedly confiscated and he was repeatedly beaten up at the police station. The police officers were extorting money from him. It is the sum total of a number of frustrations that have moved the young people. The revolt is an expression of the frustration at social injustice. But it is also about winning back one's own dignity.

Is this the beginning of the end of the Ben Ali regime?

Bensedrine: I am certain that Ben Ali will not survive this revolt. 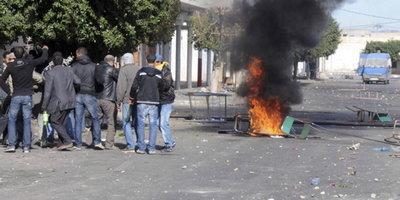 Where it all began: young Tunisians began protesting against high unemployment and poverty in Sidi Bouzid a month ago. According to official sources, 23 civilians have been killed since the start of the unrest. Human rights activists put the figure closer to 40

​​If that happens, who could take his place?

Bensedrine: That's exactly the problem. There is no organised political opposition. The regime has systematically destroyed all peaceful alternatives, from the democratic parties to the political Islamists. Europe just stood by and watched. I don't know who could assume the role of leader.

But the dissatisfaction must somehow be channelled politically.

Bensedrine: This is a people's uprising. People don't want this regime any more. The only force that currently functions in Tunisia is the UGTT, the national trade union centre. It has publically declared its support for the demonstrations and called for the withdrawal of the police and the army. Many demonstrators meet at local trade union branches. The trade union has abandoned talks with the prime minister because he refused to discuss the unrest and the violent repression of demonstrations by the police and the army.

Are there forces within the RCD governing party that are willing to take part in a peaceful transition to a democratic Tunisia?

Bensedrine: There is a strong group that does not agree with Ben Ali's course of action. But I cannot say what – if anything – they are planning. It might be an alternative; that would certainly be desirable.

If I understand you correctly, you consider Europe to be partly responsible for what is happening in Tunisia.

Settling a score with a despised dictator: thousands of people took to the streets of Tunis again on Friday (14 January) to protest against President Ben Ali

​​Bensedrine: The European Union is directly responsible for what is happening in North Africa. The EU closed its eyes and ears to the reports from Tunisia. There is no economic miracle in Tunisia; nor is there a social miracle, as some people are always claiming. There is no miracle whatsoever. The recent massacres began one day after the Tunisian foreign minister visited France. That is definitely not a coincidence.

So you believe that France approved this course of action?

Bensedrine: The facts speak for themselves. France has supported Ben Ali's dictatorship right from the word go. The special units were deployed the day after the visit to France. More than 50 people have been killed and the international community is not responding. When something happens in Burma or anywhere else, the EU always protests. And now in Tunisia, which is only an hour-and-a-half away from Paris by plane, Europe remains silent. This makes the EU an accomplice of this criminal regime.

Sihem Bensedrine, journalist and spokeswoman of the National Council for Freedom in Tunisia (CNLT), is one of Tunisia's best known opposition activists. She was imprisoned in 2001 after publishing reports on corruption and torture. Her office was searched on a number of occasions, and she was attacked by a group of masked men and beaten up. In order to escape the repression, she has been living in Europe for several years. She currently lives in Barcelona and runs the internet radio station www.kalima-tunisie.info.

Social Unrest in Tunisia
"We Have a Right to Work, You Robbers!"
Renowned Tunisian human rights activist Sihem Bensedrine details the extent of the current social unrest in Tunisia and describes the alarming way in which freedom of expression is being suppressed in her country

Defamation of Tunisian Journalist
Smear Campaigns Waged at the Lowest Level
The Tunisian journalist Sihem Bensedrine is fighting against the indescribable methods of the regime of Zine el-Abidine Ben Ali, who stops at nothing when it comes to dragging oppositionists through the mud. The Arab and Muslim world is all but indifferent to the situation. By Hamid Skif

END_OF_DOCUMENT_TOKEN_TO_BE_REPLACED
Social media
and networks
Subscribe to our
newsletter