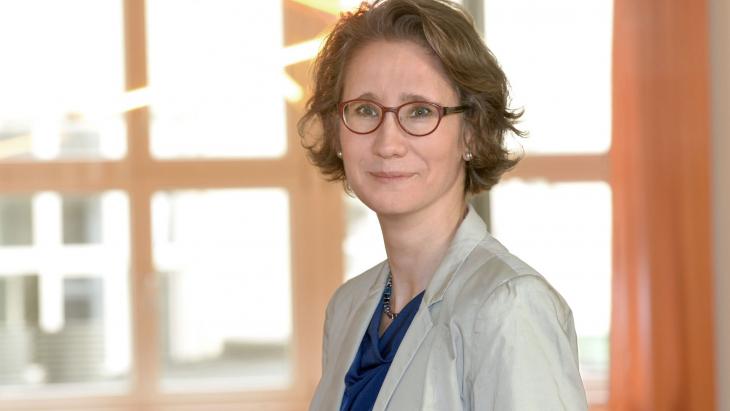 Hundreds of thousands of Muslim Uighurs are being held in "re-education" camps in Western China. The more pressure the ethnic group faces from Beijing, the more important their Islamic beliefs become, says sinologist Kristin Shi-Kupfer in conversation with Luise Sammann

Ms Shi-Kupfer, you’ve been following the situation in China’s western province for some time now. What is this conflict really about?

Kristin Shi-Kupfer: The conflict centring on Xinjiang and the Uighurs is very complex. For Beijing, it’s primarily a geostrategic matter. The Xinjiang region – or East Turkistan, as the Uighurs know it – is rich in raw materials and forms an important part of what’s known as the Belt and Road Initiative…

Shi-Kupfer: Indeed. The Xinjiang region has a significant role to play in these plans and, consequently, it is important for Beijing that it is brought under its control.

But the conflict with the Uighurs goes back much further than the Belt and Road Initiative, doesn’t it?

Shi-Kupfer: Yes. From Beijing’s perspective, the Uighurs have traditionally been some of the biggest troublemakers within the People’s Republic of China because they have always tried to stretch their autonomy with a view towards independence. For Beijing, it’s also very clearly a matter of preventing separatist tendencies that could potentially embolden other ethnic groups and encourage them to strive for independence, such as the Tibetans.

Tibetans and Uighurs have a different religious identity to the Han Chinese who make up around 92 percent of the population of China. Is this an issue for Beijing?

Shi-Kupfer: It is a huge issue! In Beijing’s eyes, religion is particularly charged because it offers alternative organisational structures, which Beijing considers a threat: mosques and communities, networks with Islamists and moderate Muslims abroad. And then there’s the spiritual dimension, meaning another kind of loyalty, and the fact that religious belief renders people less afraid to engage in conflict. As a Muslim, one believes in the promise of peace through Allah in the next world. A believer cannot be as easily pushed to swear loyalty to a secular party and is a little less fearful of earthly threats because he knows that he is ultimately redeemed in his relationship with God.

Turkey launched its nationwide vaccination campaign with a Chinese vaccine in January. But the public focus is more on the desolate economic situation. Turkish politicians have ... END_OF_DOCUMENT_TOKEN_TO_BE_REPLACED

This 11 September marked the nineteenth anniversary of the terrorist attacks in New York and Washington. The wide-ranging repercussions of those attacks in the years since 2001 ... END_OF_DOCUMENT_TOKEN_TO_BE_REPLACED

Lacking support from Arab countries for its stance on the Kashmir dispute, Pakistan is looking for new alliances under China's leadership. How practical is it for Islamabad to ... END_OF_DOCUMENT_TOKEN_TO_BE_REPLACED

A partnership planned between Iran and China is intended to strategically link the two countries for a quarter of a century. It is unclear, however, exactly what the alliance will ... END_OF_DOCUMENT_TOKEN_TO_BE_REPLACED

A broad U.S.-led effort to hold the Chinese government to international account for its abuses of largely Muslim Uighurs in Xinjiang would, at the very least, remind China that ... END_OF_DOCUMENT_TOKEN_TO_BE_REPLACED

Five years after the Joint Comprehensive Plan of Action was concluded, it is on life support, following the US's reinstatement of sanctions and Iran's return to enrichment ... END_OF_DOCUMENT_TOKEN_TO_BE_REPLACED
Author:
Luise Sammann
Date:
Mail:
Send via mail

END_OF_DOCUMENT_TOKEN_TO_BE_REPLACED
Social media
and networks
Subscribe to our
newsletter