Ms Shi-Kupfer, you’ve been following the situation in China’s western province for some time now. What is this conflict really about?

Kristin Shi-Kupfer: The conflict centring on Xinjiang and the Uighurs is very complex. For Beijing, it’s primarily a geostrategic matter. The Xinjiang region – or East Turkistan, as the Uighurs know it – is rich in raw materials and forms an important part of what’s known as the Belt and Road Initiative…

Shi-Kupfer: Indeed. The Xinjiang region has a significant role to play in these plans and, consequently, it is important for Beijing that it is brought under its control.

But the conflict with the Uighurs goes back much further than the Belt and Road Initiative, doesn’t it?

Shi-Kupfer: Yes. From Beijing’s perspective, the Uighurs have traditionally been some of the biggest troublemakers within the People’s Republic of China because they have always tried to stretch their autonomy with a view towards independence. For Beijing, it’s also very clearly a matter of preventing separatist tendencies that could potentially embolden other ethnic groups and encourage them to strive for independence, such as the Tibetans.

Tibetans and Uighurs have a different religious identity to the Han Chinese who make up around 92 percent of the population of China. Is this an issue for Beijing?

Shi-Kupfer: It is a huge issue! In Beijing’s eyes, religion is particularly charged because it offers alternative organisational structures, which Beijing considers a threat: mosques and communities, networks with Islamists and moderate Muslims abroad. And then there’s the spiritual dimension, meaning another kind of loyalty, and the fact that religious belief renders people less afraid to engage in conflict. As a Muslim, one believes in the promise of peace through Allah in the next world. A believer cannot be as easily pushed to swear loyalty to a secular party and is a little less fearful of earthly threats because he knows that he is ultimately redeemed in his relationship with God.

Could you explain a little more about the Muslim beliefs of the Uighurs?

Shi-Kupfer: The Uighurs that I know have always practiced a fairly liberal form of Islam. It’s actually a freer form of the faith, one which bears little resemblance to the more extremist or orthodox schools of Islam. In family, for instance, it is considered important for girls to attend school and have the option of attending university. The relationship between husbands and wives is also very respectful and equal.

In recent years, however, religion has increasingly become a way for the Uighurs to assert their identity. This may be through outward signs, such as growing a beard or dressing a certain way, but mostly it is expressed by regular attendance at the mosque. According to everything I have heard and read from the region, this has become even more important in the last five or six years. And to some extent, this has shifted in a direction which has provided fertile ground for extremist preachers.

So the charges of extremism that Beijing has brought against the Uighurs aren’t simply trumped up?

Shi-Kupfer: There has of course been a particular focus on Islam and attacks motivated by Islamism in recent years. What’s interesting is that academics like Ilham Tohti…

Shi-Kupfer: … were warning years ago that if the Uighurs were oppressed, socially and economically marginalised, it could lead to a growth in extremist branches of Islam. And it is this phenomenon that we are currently witnessing. 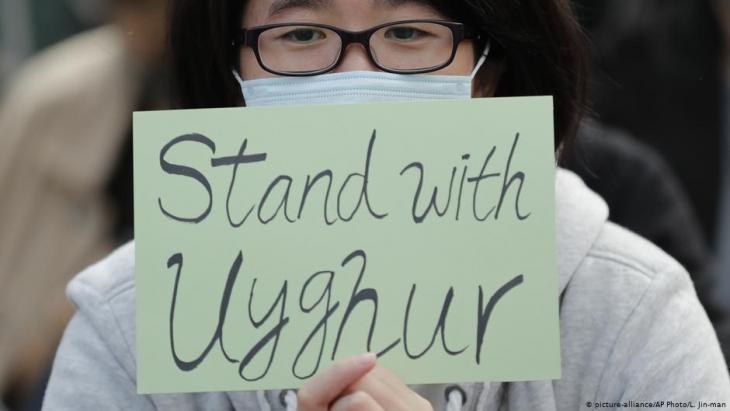 Solidarity with China's Uighurs: with approximately ten million members, the Uighurs are the second largest Muslim population group in China. Their home is the autonomous region of Xinjiang. Human rights activists have long denounced the oppression of the Uighurs. According to them, more than one million Uighurs and members of other Muslim minorities have been imprisoned in the re-education camps, where they are being compelled to abandon their religion, culture and language

Was there a particular turning point when Uighur society began to change in the way you’ve described?

Shi-Kupfer: I think 2009 was a particularly decisive moment for the Uighurs. At the time, huge demonstrations were taking place in Urumqi, the region’s capital city. A story circulated of alleged rapes of Uighur women in Southern China. At first, there was a peaceful protest, but then it escalated. Looking back, no-one quite knows who started it exactly, whether it was the Han Chinese police or the Uighurs themselves. This was followed by persecution, oppression and surveillance in Xinjiang, which developed into the situation we have today: huge "re-education" camps.

I was last in Urumqi in 2011. As I’ve said, back then I got the impression that mosques were seeing a real influx of people and that young people, students, were going there seeking support and direction – and community.

Community, spirituality – these aren’t unique to Islam. Surely this suggests that any type of religion is suspect in China?

Shi-Kupfer: Under the current party chairman, the negative focus on religion has increased immensely. This particularly includes what are thought of as foreign religions, i.e. Islam and Christianity. This connection to the outside world plays a considerable role in the matter, but it’s also about congregations and communities, which don’t exist in the same way in Buddhism and Daoism. The indigenous religions, as China calls them, are more heavily focussed either on living within monastic communities – leaving people entirely cut off from normal life – or cultivating oneself as an individual. Christianity and Islam, on the other hand, offer community structures within the world at large. And I think it’s that which is primarily proving such a thorn in Beijing’s side.

To what extent are the Uighurs still able to practice their faith?

Shi-Kupfer: Officially, practicing one’s religion is still allowed in Xinjiang, just as it was before. But it is increasingly treated with suspicion. If you are over eighteen and not a party member, you are allowed to pray as normal. But at Ramadan in recent years we’ve noticed that there are certain restrictions: forcing people to eat or shave off their beards, etc. 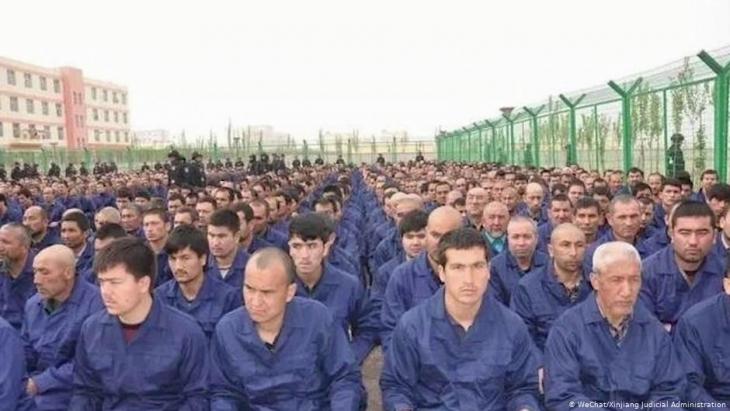 Monitored and interned: the "China Cables", published by the Consortium of Investigative Journalists (ICIJ), were published last November and provide a rare insight into the machinery of repression. They show that what Beijing calls "training facilities" in Beijing are in reality strictly guarded re-education facilities. They also refute repeated statements by the Chinese government that staying there is voluntary

Shi-Kupfer: I think it’s a facade, one which the government does not dare address openly. Of course, it also provides an opportunity to control people. I’m certain that mosques are being infiltrated by people planted to spy on worshippers, uncover networks, etc. Beijing clearly still considers them to be places they can use to identify people, or uncover potential networks and plans that people may have.

What does Beijing hope to achieve with all of this?

Shi-Kupfer: The Chinese government’s actual aim is to break an entire ethnic group. They have been placed under general suspicion and it’s now a matter of robbing them of their cultural identity. And making the children, the next generation, into little Han Chinese children. The aim is to break the identity of this ethnic group and replace it with a Han Chinese one which is loyal to the party.

The China Cables have ultimately proved how serious the Chinese government is about this. Why has the conflict received so little attention in Germany?

Shi-Kupfer: It’s certainly in part to do with Islam, and also a certain unease that we feel towards people of this religious background within our societies. And the Uighurs – unlike the Tibetans – lack an international champion. They don’t have a sympathetic figure like the Dalai Lama. The Uighurs have no comparable voice to speak for them.

A newly leaked document confirms how China is imprisoning Muslim minority Uighurs based solely on their religion. Naomi Conrad met with a whistle-blower and visited relatives of ... END_OF_DOCUMENT_TOKEN_TO_BE_REPLACED

The 2015 Joint Comprehensive Plan of Action with Iran is in jeopardy. European governments should use the JCPOA’s dispute-resolution mechanism both to pursue immediate measures to ... END_OF_DOCUMENT_TOKEN_TO_BE_REPLACED

Having seen a sharp decline in its influence in Tunisia and Algeria, France is eyeing China and Spain’s growing economic presence in Morocco with concern. Is Paris about to lose ... END_OF_DOCUMENT_TOKEN_TO_BE_REPLACED

Imprisoned Uighur human rights activist Ilham Tohti has been awarded the Sakharov prize 2019 for human rights by the EU Parliament. His daughter Jewher Ilham, who lives in the U.S ... END_OF_DOCUMENT_TOKEN_TO_BE_REPLACED

Abu Dhabi and Riyadh see a natural partnership with Modi’s government, a co-operation that could change the dynamics of the South Asian-Gulf nexus. By Jean-Loup Samaan END_OF_DOCUMENT_TOKEN_TO_BE_REPLACED

India's decision to deprive Kashmir of its autonomy, alongside a clampdown in the troubled north-western Chinese province of Xinjiang and US-backed Israeli annexation of Arab land ... END_OF_DOCUMENT_TOKEN_TO_BE_REPLACED
Author:
Luise Sammann
Date:
Mail:
Send via mail

END_OF_DOCUMENT_TOKEN_TO_BE_REPLACED
Social media
and networks
Subscribe to our
newsletter