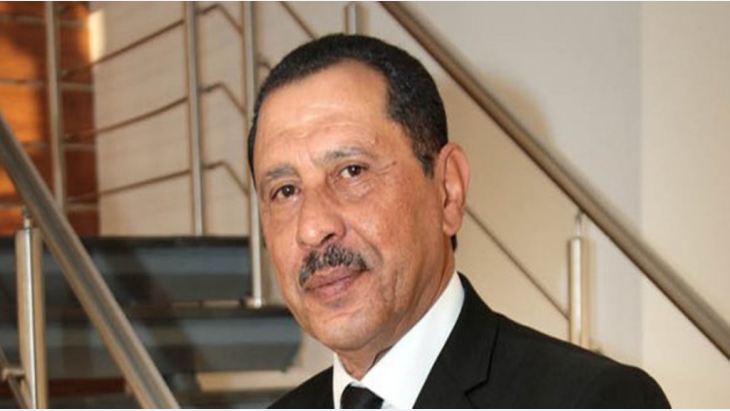 In the medium term, it′s neither political nor economic problems that pose the greatest threat to democratic change in Tunisia, but rather the country′s national crisis, says Slim Laghmani, a legal scholar at the University of Carthage. Sarah Mersch spoke to him

How does this national crisis to which you refer manifest itself?

Slim Laghmani: Essentially, it manifests itself in the relationship of Tunisians to the state. Their understanding of the state is not of something created by their will, but of something external to society, transcending it. Consequently, they do not claim the state as their own. That was entirely understandable in the time of the Beys [the former monarchs – Ed.], because they were a Turkish family that forced itself on the society like a foreign body. It was normal during the French protectorate, too, because the French state was a foreign one.

But the phenomenon has carried over into independent Tunisia. It wasn′t the state of the Tunisians but the state of Habib Bourguiba, the father, founder and guardian. So the state was a foreign body once more. Bourguiba had historical but not democratic legitimacy. When he had himself declared president for life in 1974, he became a new Bey and the state once more became detached from society.

Did that continue with Ben Ali?

Laghmani: The phenomenon became even more pronounced. The external character of the state remained, but without Bourguiba′s charisma and historical legitimacy. The state became an authority for giving out money and for punishment. From the mid-1980s onwards, though, it could no longer be a welfare state. This culminated in the crisis of 2007-8, in which the state completely withdrew and couldn′t fund anything any more. That was the origin of the revolution.

In 2007-8 there was the uprising in Redeyef in the mining district in the southwest of the country.

Laghmani: Precisely. We didn′t know at the time that this was the beginning. The uprising coincided with a global crisis and the welfare state was bankrupt. So the state no longer had any legitimacy, because the only thing that legitimised it was building roads, hospitals and schools. The moment it couldn′t do that any more, it ceased to exist.

Why didn′t this relationship between the Tunisians and their state change with the revolution? Why didn′t people claim as their own the state that had always been foreign to them?

Laghmani: The idea that a state only possesses legitimacy for as long as it is able to assert itself belongs to the past. However, people have not internalised the fact that this state is now no longer an external entity imposing its will on the citizens. 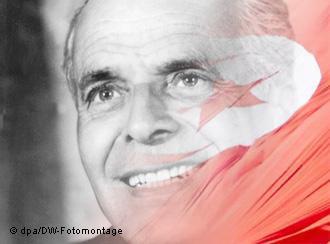 ″You are many small, individual pieces; I will turn you into a nation.″ Words from a famous speech by the state′s founding father, Habib Bourgiba. According to Slim Laghmani, it is not the citizens who have created the state, but the state that has created its citizens. That’s why the majority of Tunisians regard the state as a foreign entity

Despite the free elections, the state has remained a foreign body, because in 2011 a new entity, a new culture and a new discourse came to power. The Ennahdha party took office with a language that from the very beginning people found hard to understand, a form of high Arabic heavily influenced by the Koran. So once again the Tunisian middle and lower middle classes saw the state as a foreign body. But the state still couldn′t fund anything: the coffers were emptied in 2011 and in 2012 there was nothing left to spend. And so the state lost its legitimacy again.

With the elections in 2014 an attempt was made to balance the political landscape. This was initially successful, with the party Nidaa Tounes, which is now dead. But the state remains an external authority, because it still can′t give anything and so is not respected. This is paradoxical, because although the Tunisians are practising democracy, they don′t accept its consequences.

What are the practical consequences of this?

Laghmani: The most important consequence is the impotence of the state. It has practically no room for manoeuvre any more without negotiation. Relying on negotiation in itself is a positive concept. But if every time you want to do anything, you have to negotiate with lawyers, judges or phosphate factories, with some tribe in the south or the people along the Libyan border, it becomes a constant state of affairs and you lose all sense of the common good. And so the pathological relationship towards the state remains. Culture is a dominant factor in the relationship between citizen and state. People always define themselves by their distinctive individual traits – ″I′m from the south″, ″I′m a trade unionist″,″I′m from Ennahdha″ – not in terms of their Tunisian identity.

With independence, Bourguiba wanted to impose a Tunisian identity on the people.

Laghmani: More than that: he acted as if he had invented it. In one famous speech he said, ″You are many small, individual pieces; I will turn you into a nation.″ On this basis, the state can only really be comprehended as something transcendental. Because the state is weak now, he has to negotiate, about almost everything with almost everyone. And so he isn′t managing to create an identity. The cause of this problem is very simple: it isn′t citizens who established the state. But rather the state that has created its citizens.

And so the citizens don′t take any responsibility?

Laghmani: Precisely – because the state remains somebody else′s state, not mine. The first public telephones were erected in the early 1990s, here on the street, like everywhere in the world. But people dismantled them, or took the receivers home with them. And how did the state respond? Instead of leaving the phones on the street, it set up private telephone shops. And of course this behaviour stopped; but why? Because it wasn′t public property they were dealing with any more, but private. You′ve got to be careful with that, because it belongs to someone. We still have the same phenomenon today, in a different form. It indicates a delay in the formation of a national consciousness.

The long-standing dictator′s loss of legitimacy: ″Under Ben Ali′s leadership, the external character of the state remained; it became an authority for giving out money and for punishment.. The moment the state couldn′t build roads, hospitals and schools any more, it forfeited its legitimacy″, argues Slim Laghmani

How can one make up for this delay?

Laghmani: First of all, you would have to establish local democracy. The people must see that the person who has power also represents them. With the local elections [expected to take place at the end of 2016 – Ed.], this will slowly start to change. National consciousness is constructed from the top down. You can′t do it the other way round, as we have seen.

Looking at the way things have developed in recent years, you could get the impression that the population is still looking for a strong man to head the state, a kind of father figure. Where does this come from?

Laghmani: It′s a question of political culture. There′s a very deep-rooted idea that politics is not a mechanism of rules and laws, but a characteristic of the ruler. This also means that people don′t expect justice to be dispensed by laws, but by a person. Comprehending justice as a personal attribute is a negation of justice itself. In 2011, many Tunisians voted for Ennahdha because they regarded the party′s representatives as devout. So politics are reduced to the moral characteristics of individuals. We must break with this logic.

Today, Tunisia is in a kind of process democracy. Elections are held and laws passed, but the people follow a different logic. How can that be changed?

Laghmani: It′s a question of experience, of creating an awareness of the difference between politics and the moral qualities of individuals, between the common good and the canonisation of individuals. The political class, from right to left, needs to become just as aware of this as the citizens.

So even politics is still stuck in the old way of thinking?

It′s primarily responsible for it. We′re talking about political consciousness, which should really be present in politics most of all. However, that′s where it exists least. That is one of the main causes of my pessimism: the majority of the political class hasn′t changed, even though there′s been a revolution. Tunisians will no longer accept a repressive power, but that′s where commonality ends. What power do they want? You′ll hear many answers to that, but they always relate to individual interests, not national ones. The absence of civic consciousness is striking. We′ve come halfway, but the other half still lies before us. We need to establish political consciousness.

Slim Laghmani teaches legal and political philosophy, constitutional law and international law at the University of Carthage in Tunisia.

At the suggestion of his Arab students, Israeli psychologist Ofer Grosbard created the project "Quranet", which uses texts from the Koran to solve educational problems in schools ... END_OF_DOCUMENT_TOKEN_TO_BE_REPLACED

Libyans have mixed feelings about the EU. On the one hand, they admire what Europeans have achieved, but on the other, they feel let down. Moutaz and Walid Ali report from Tripoli END_OF_DOCUMENT_TOKEN_TO_BE_REPLACED

The upheavals of the past year in the MENA region are arguably as momentous as those of the Arab Spring in 2011. Yet perhaps the biggest difference is that our interest seems to ... END_OF_DOCUMENT_TOKEN_TO_BE_REPLACED

Equality in divorce, a ban on polygamy: reformers of Islamic family law have a clear agenda. They are exploiting the ambiguity of traditional jurisprudence. By Joseph Croitoru END_OF_DOCUMENT_TOKEN_TO_BE_REPLACED

Hassan Aourid is one of the most important political and intellectual figures in Morocco. In interview with Ismail Azzam for Qantara, Aourid outlines his vision of the decline of ... END_OF_DOCUMENT_TOKEN_TO_BE_REPLACED

An interview with the Iranian-American historian and cultural philosopher Hamid Dabashi about writing, Europe's past and present, right-wing populism and the Arab uprisings. By ... END_OF_DOCUMENT_TOKEN_TO_BE_REPLACED
Author:
Sarah Mersch
Date:
Mail:
Send via mail