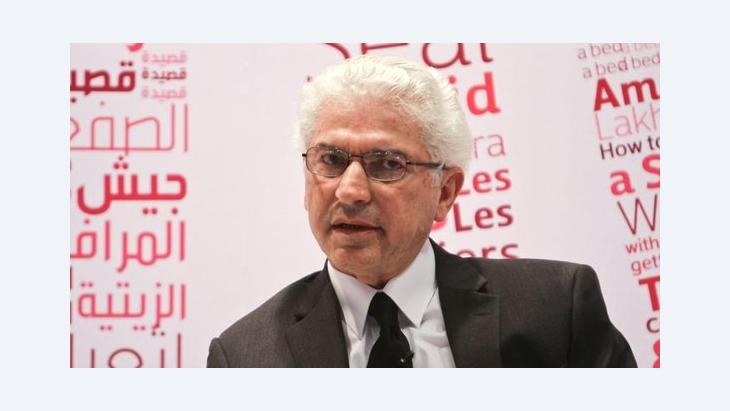 Syrian author Nihad Sirees has written seven novels and several plays and TV dramas. After increasing pressure from the Syrian government, Sirees left Aleppo in early 2012. Marcia Lynx Qualey met him at the Abu Dhabi Book Fair, just as he was leaving his exile in the US and moving to Egypt

You are staying in Egypt for the foreseeable future?

Nihad Sirees: Let's say that Egypt will be my middle stop – not permanent, and not for a short time. From Egypt, I can travel. Now, in Syria, it's impossible. Egypt is the perfect place for me. First of all, I love Egypt, and I love Cairo especially. And second, Egypt gives us Syrians the opportunity to stay, to go, to come – any time we need.

What will you work on in Egypt? A new novel? A TV series?

Nihad Sirees: No, I don't write for TV any more. For me, writing for television is connected to the stability in Syria and this is impossible now. If I write a novel, I can print it anywhere. But for TV, it depends on the production company to work. And this has stopped in Syria.

Is there still a community of writers meeting in Syria?

Nihad Sirees: The minimum number of writers and intellectuals still meet. When I was still there, we would sit and meet, and after a while – after days or weeks or months – we would feel that this place wasn't safe any longer. So we'd have to think about some other places. 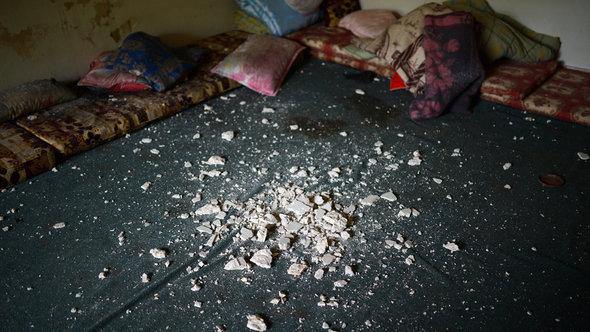 The primacy of violence: Syrian writers are not occupied with fiction now, says Nihad Sirees. "We have troubles in Syria – shooting, shelling, destruction – and every fiction you will write will be like fantasy, like perfume," he says

​​And we had other difficulties, too. For example, we were ten writers, and we had to change the café where we met. But, for some of us, the road from one's apartment to our meeting was not safe. So it started to be dangerous.

This already started before I left in 2012, but now it happens frequently. I hear from them that every week, or at least month, they have to change their places. It is difficult now to meet.

Also, it is not safe at all to talk clearly, openly, and directly. You cannot say names or exactly what happened. In Syria, if you want to continue living, it means you have to remain silent. Or else you have to say things that will please the government. 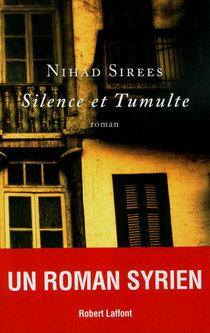 Inconvenient literature: Nihad Sirees' novel "The Silence and the Roar" was written in 2008. It was banned in Syria but has been published in German, English, and French

​​Maybe this is why I needed to leave – because I couldn't say what my conscience wanted me to say. And this pushed me to leave.

Why do you continue to write fiction?

Nihad Sirees: First of all, I face problems in continuing to write fiction. This is very bad. In reality, yes, I am writing fiction. I am writing a new novel. But I don't believe that I am writing as before. Before, in normal times, I would take my shower, have my coffee, and sit to write. And I would do that every day, two or three hours a day. And when I was writing this disaster, which we call TV drama, I would write 10 hours a day.

Nihad Sirees: What I do more now is to plan. I also write articles, do interviews. I don't believe that our writers are writing fiction now. Because we have troubles in Syria – shooting, shelling, destruction – and every fiction you will write will be like fantasy, like perfume.

And, in writing about the troubles, you will face a big problem. Because, when you write, you must tell your readers something they don't know. But now, about these troubles, they know more than you know.

The people know a lot, and they will see that our fiction is false.

And you don't write short stories?

Nihad Sirees: I tried. But – look. I wrote several short stories and short plays. And I published one in al-Hillel magazine in Cairo. But then I did an experiment. I posted them on Facebook, but I didn't see any reaction from my friends on Facebook, as they would if I had written a post. 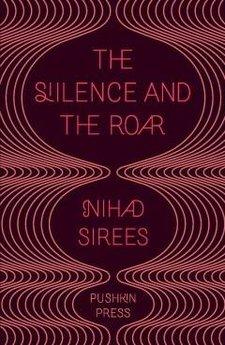 A parable of the artist surviving under dictatorship: Sirees's vision of tyranny is distinctive enough to be ranked with Orwell, Huxley or Marquez’s, wrote "The Independent"

​​This was an experiment. It was useful for me to see that they don't want to read fiction about their life now. They want someone to tell them that several soldiers were killed or were captured or were injured and a tank was destroyed.

So I stopped writing. Maybe you'll say: Okay, don't write about the war or the humiliation or torture. Let's talk about writing a love story. But it's not the time. These are not only my feelings, but the readers' as well. Look, for example, Ahlam Mosteghanemi, she wrote a bestseller, Black Suits You. I found on the Internet that a lot of young people are talking about it. But not in Syria.

And would you ever write a memoir?

Nihad Sirees: I like to write some memoirs in my fiction, but after changing things. It's a very good way to make fiction stronger and more real. This is literature: To write something you know very well, something that only you know. This is the seal of good literature.

So are you the character from The Silence and the Roar, Fathi Sheen?

Nihad Sirees: I gave this character many things from my life, or what I dream to be in this life – especially how there was a woman beside him. Maybe this is a very attractive point. But there is also something similar between us: We hate authoritarianism.

What does your family think about your writing?

Nihad Sirees: I think they feel good about it, especially about The North Winds. It was my first novel, and there are many things in it about our ancestors, from the time of the First World War. My father told us stories about how my grandfather was taken to the war and disappeared, and they thought that he'd died. But, after three or four years, he came back. And why did he survive? Because he was a chess player. The officers discovered that he was talented at it, and they thought this game is for smart officers and for aristocrats. So they kept him away from the war field to play chess.

But your family hasn't worried about you, because you're writing about the regime?

Nihad Sirees: Yes, they worry about me. First of all, some of my brothers think differently from me. But that is not a reason to ask me to stop. And if they tell me to stop, I will not agree.

Research project "The Global Qur'an", brainchild of Professor of Islamic Studies Johanna Pink and sponsored by the European Research Council, analyses the history and ... END_OF_DOCUMENT_TOKEN_TO_BE_REPLACED

Arab youth express their hopes and wishes for the New Year, spanning everything from civil and political rights, to education, to arts and culture. By Rafiah Al Talei END_OF_DOCUMENT_TOKEN_TO_BE_REPLACED

Moncef Marzouki was Tunisia's first democratically elected president after the fall of dictator Ben Ali. Today he is the most prominent critic of increasingly counter- ... END_OF_DOCUMENT_TOKEN_TO_BE_REPLACED

Historically Iraq's Yazidi community was isolated, under-resourced and very conservative. Seven years after the "Islamic State" tragedy, the community is more open to the world – ... END_OF_DOCUMENT_TOKEN_TO_BE_REPLACED

Asef Bayat, professor of Sociology at the University of Illinois, Urbana-Champaign, has been studying revolutions and how they affect people since 1979. In his recent book, " ... END_OF_DOCUMENT_TOKEN_TO_BE_REPLACED

END_OF_DOCUMENT_TOKEN_TO_BE_REPLACED
Social media
and networks
Subscribe to our
newsletter